Florence is a wonderland when it comes to museums, churches, galleries, and artifacts. However, I’ve found five treasures that aren’t always in the guide books that you should keep a look out for. In Piazza della Signoria, if you stand directly in front of the Palazzo Vecchio (the old palace), just behind the statue of Hercules, on the right corner of the building about four stones up from the bottom, you will see a face carved into the stone. It is known as Michelangelo’s graffiti.

It’s just the face of a man, and though the etching is centuries old, there is no real proof that it was done by Michelangelo. However, the stories surrounding the face are as intriguing as the work itself.

One story reports that when Michelangelo was cornered by a rather boring man who engaged him in conversation, he took out his knife and began sketching a face into the stone behind his back in order to pass the time. Therefore, you may also hear this small work of art referred to as “L’importuno di Michelangelo”, which can be translated to “The Nuisance by Michelangelo”. Another story says that while out walking one morning, a man who was about to be hung was led past Michelangelo and he etched the condemned man’s face into the stone.

Whatever the truth of it, the face is worth checking out. Speaking of graffiti, the one thing you might be shocked about is the amount of graffiti that abounds in Europe. Florence is no exception to this rule. However, there is an entertaining, different kind of graffiti that can be found on the streets of Florence.

Several years ago, the streets around the center of Florence were shut down to all traffic. The only cars allowed now are taxis and delivery trucks on the tourist filled streets. So it stands to reason that while you are walking the cobblestone streets of the city your attention will be on the shop windows, faded frescoes painted on the side of buildings, dreamy architecture, and the traces of Renaissance life that surrounds you.

Even though you don’t need to, you might want to take some time as you walk and check out the traffic signs. An artist named Clet Abraham began using street signs as a medium for his art work. His clever, entertaining signs have brought about an interesting commentary on art and life and rules.

Don’t forget to look for the signs as you walk the streets of Florence. The Arno is the main river of Florence. Cross the Ponte Vecchio (the Old Bridge), one of the most popular bridges in the city, and you can watch the lifeblood of the city pass under your feet. However tame this river may seem, there are several times throughout the history of Florence when the Arno became an angry, powerful force.

On November 4, 1966 the Arno River breached its retaining walls, and flood waters rushed into the Piazza Santa Croce and into the church, covered the Piazza della Signoria, and by 10am the water had reached and entered the Duomo. The water was so high and strong that the bridges were impassable and the city had become a lake. The water reached more than 22 feet (6.7 meters) in height,claimed over 30 lives, ruined a reported 20,000 family homes, countless cars, and at least 6000 shops were closed. When the waters receded, residents of Florence began to try and save their art work. Over 1500 works of art were damaged or destroyed, and the National Library lost over a third of their collection.

As you walk the streets of Florence, pay attention to signs found about 20 to 25 feet (6 to 7.6 meters) above street level. You will find plaques that denote how high the water reached during the flood of 1966.

4. The Head Of A Bull On The Duomo The Duomo in Florence is impressive, that’s to be sure. One of the lesser known stories of the outer façade of the cathedral involves a stone bull head.

On the left hand side of the Duomo, the first rounded form you see, if you look up to the area where the dome just meets the wall, you’ll find the sculpture of a bulls head. You may ask yourself, why? Well, here is another one of those stories that has come with very little concrete evidence and a lot of lore.

One story suggests that a stonemason who was working on the Duomo was having an affair. When the woman’s husband found out, he ended the affair. Heartbroken, the stonemason carved the head and placed it so that the horns pointed toward the man’s house, a rather blatant reminder of who the woman really loved. The second story, which is probably more plausible, suggests that the head was placed on the Duomo in remembrance of all the animals that were used in the building of the structure.

5. The Oldest Pharmacy In The World Before there were pharmacies on every corner, when you got sick in the 14th century, you would go to the perfumery.

If you were in Florence, you would go to the church of Santa Maria Novella. The monks there were known for concocting oils and other herbal remedies to help cure illnesses.

Monks of the 13th century began making herbal remedies as well as oils and perfumes, and today, the pharmacy is still in business and in the same location. Even today, they continue to manufacture most of their products by hand, and among some of their modern oils and perfumes you can still find traditional elixirs for purchase.

The pharmacy also houses a museum where the apparatus the monks used for distilling flower water can been seen along with their original recipe ledgers. One of the more famous is the Rose Water the monks prescribed to be used to clean houses after outbreaks of plague.

Florence: The City of Love, Art, and the Renaissance

There is so much to see and do in Florence, and the city is brimming with nuances and life. While the museums and galleries are wonderful in their own right, you can find some pretty amazing traces of the past just by walking the streets where the Italian Renaissance began. 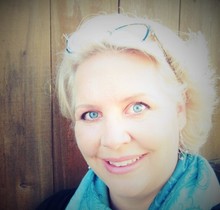 Nicole Sharp is a fiction writer who lives in the Great Northwest, Boise Idaho to be exact. She wrote her first book in seventh grade and that same year, she took a plane by herself to visit...Read more
Want to contribute as a Local Expert?
Register Here
Hotels
Lowest Price Guarantee