A Valentine’s Date 20 Feet Under: 7 Shipwrecks For Couples To Explore

Yeah, sure - a bed of roses sounds good and all, but you know what’s cooler?

Diving into the deep sea and seeing some of the most well-preserved and beautiful shipwrecks of all-time, of course! Although the notion of skin-tight swimsuits and bulky goggles may not sound all that sexy or romantic to you, we guarantee that the view from down below is worth your while. Join us as we bring you 7 of the most stunning shipwrecks for you to explore:

1. The Umbria in the Red Sea 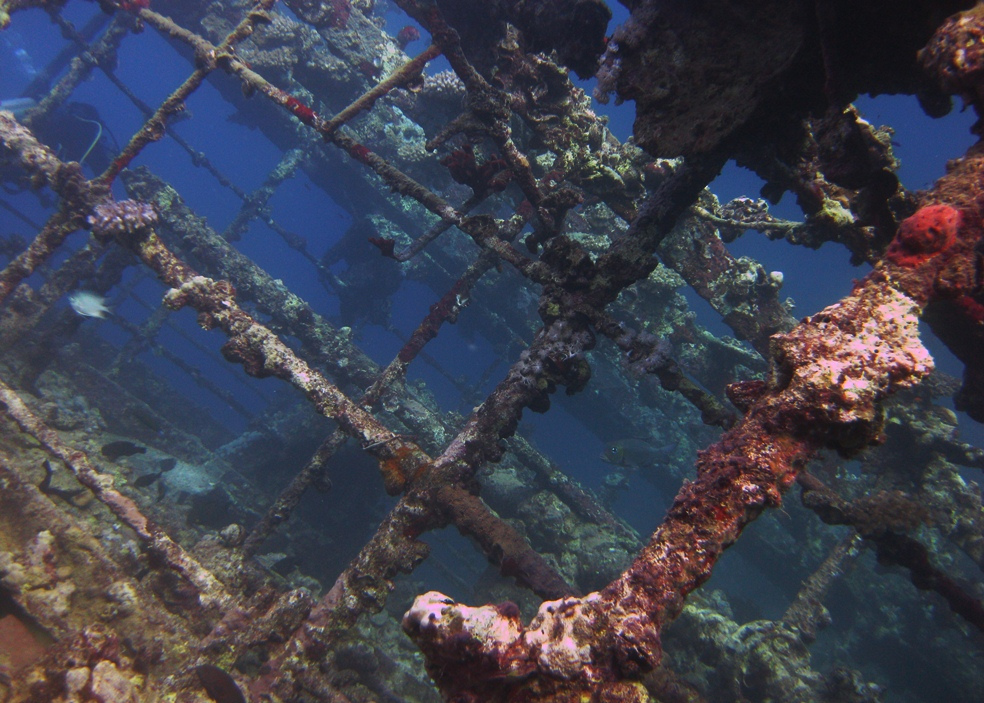 Loaded with a whopping 360,000 bombs, 60 detonators and a tonne of ammunition, the Umbria was ready for battle. Contributing towards the Italian war effort back in 1940, the ship was cornered by enemy forces and the captain, who decided that they would rather sink the ship than to let their efforts go to waste, filled the ship with water and sunk deep into the red sea - and it has stayed there since.

Take a look at the untouched aerial bombs and detonators up close, as you swim past colourful coral reefs. For a safer experience, book an appointment with diving agencies for a proper dive into the abyss! Originally a submarine rescue vessel, the U.S.S Kittiwake has served 50 years before retiring from her main duties to serve under the sea - as an artificial reef. Generally used to flourish local schools of fishes, the Kittiwake has been cleared of most of her possessions, leaving behind a bathroom with mirrors and the mess hall with moss-covered tables and chairs.

Keep in mind that as this is still a preserved area, you are not allowed to take anything other than the memories of the crumbling ruins, and a handful of the gnawing lionfishes which are considered invasive to this environment. Remember to put on a glove before you dive in, as the ship is meant to be kept as organic as possible. 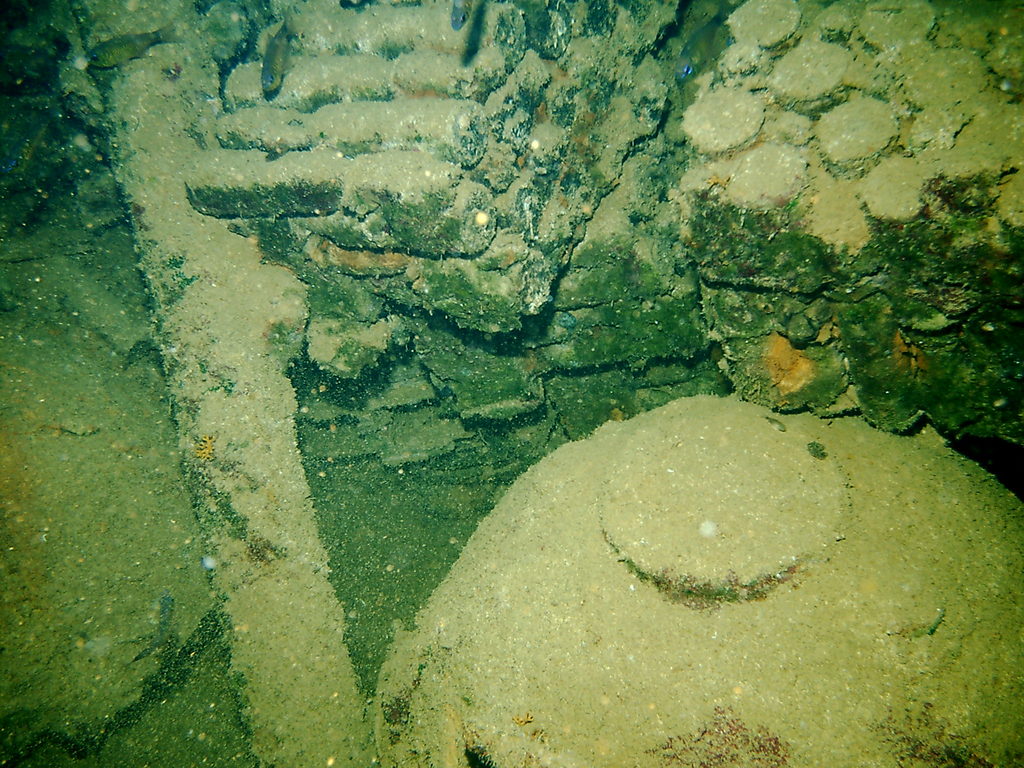 Sunk in 1944, the San Francisco Maru is one of the most well-equipped shipwrecks you will ever find. Just take a short swim around the ruins, and you will catch glimpses of deadly artillery weapons ornamented with vibrant marine growths - an odd juxtaposition, considering that the weapons were meant to kill during World War II in the deadly Operation Hailstone and yet, decades later, has become a safe haven for plants to flourish.

With its rich history, it doesn’t come as a surprise that the San Francisco Maru is one of the most popular diving spots around the world. If you’re lucky, you may even spot the three Japanese Type-95 light tanks that sit still amidst the mess - just remember to not touch any of the weapons, in case they are still active. Be sure to do plenty of research beforehand, as not many agencies conduct tours for this place - check the link below for a beautiful 3D view of the surrounding wreck! 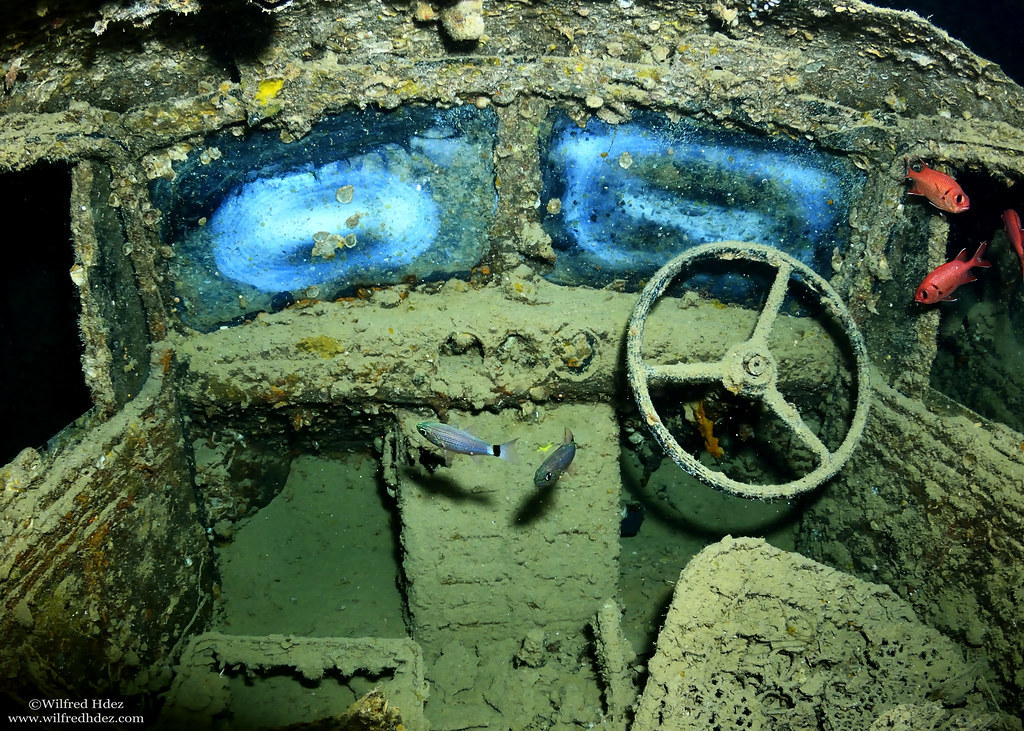 Just looking at this picture makes me uncomfortable! Not meant for the claustrophobic or the weak-hearted, the captain’s room in the S.S Thistlegorm has barely enough space to fit two people, with schools of fishes scurrying on top of your head. Armed with ammunition, some steam locomotives, and railway waggons for Alexandria, she was sunk in 1941 by passing German bomber planes - and under the stormy seas of Egypt, she remains.

The crusty motorcycles lying dormant on the sea floor are an unusual sight to see and makes for the perfect photo-op. Although beautiful, the S.S Thistlegorm proves to be a challenge even for the more experienced divers, so be sure to do your research beforehand, and book a tour with trusted agencies for a safer experience.

Price: from 105 USD for an entire package. Check website for more details on package.

Condo in the Heart of Grand Cayman 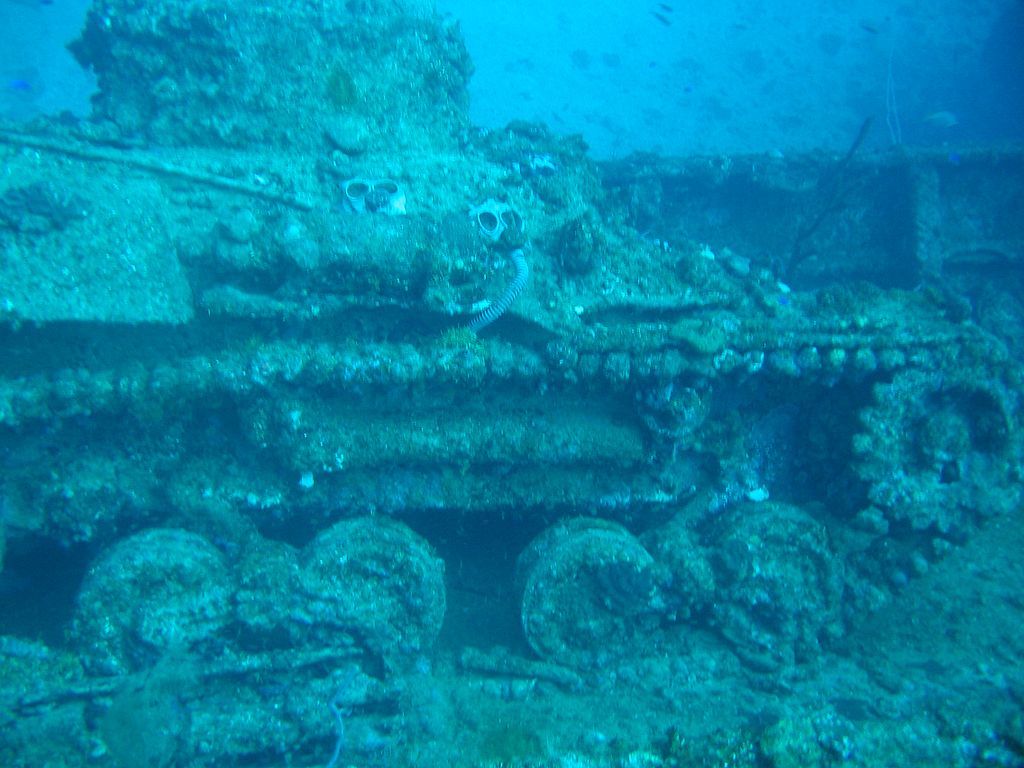 The S.S President Coolidge originally operated as an American ocean liner, with a sprawling surface area of over 200 metres and plenty of rooms before it was sunk in 1942, making this the perfect place for a wild exploration. Novice divers may need to be wary about monitoring the depth whilst diving, as the huge ship body combined with the angle of which it is perched at, makes it a steep and gradual downward slope - if you get over-excited whilst diving down, you may lose track of where you are before you know it. However, don’t let that daunt you - some of the most beautiful artefacts lay hidden here, the most notable one being the sculpture of The Lady, where a woman dressed in a red robe is depicted as riding a magical unicorn. 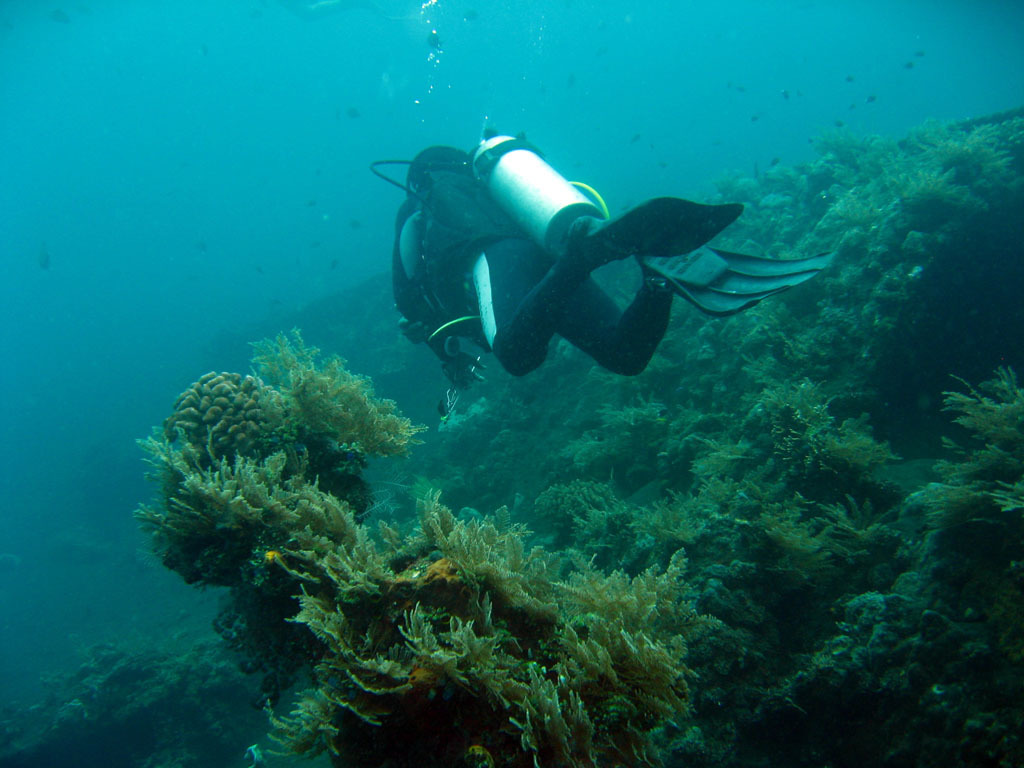 The unfortunate accident of being torpedoed by a Japanese submarine in 1942 ended the Liberty’s longtime service since the first World War. Landing underneath the shores of Bali, it has since turned into a home for some of the most eccentric collection of aquatic wildlife - the red-striped gobies and evasive lizardfishes aside, huge clams and eels have also made this ruin their secret getaway.

The easy access and gentle waves around this area make it the perfect diving spot even for amateurs - but if you’re still unsure of your skills, check out the Liberty Dive Resort, where you can choose to dive safely and even explore other nearby reefs! If you love this place so much that you can’t bear to leave, the Liberty Dive Resort also offers a 32-room dive resort a short distance away - although, on land, the convenient location makes it worthwhile to check it out! A waterslide under water? Yes!

Much like a complicated maze, the unique entrance to the 158-metre shipwreck starts with a fall - hold your breath and drop down one of the 11 elevator shafts available to you! With various floors for you to choose from, explore the old cargo shafts for a glimpse into the past, before emerging out into the open from a large satellite dish.

Sunk in 2009, this decommissioned military ship was once a member of a “Ghost Fleet", an apt name, seeing as now it is merely a shadow underneath the deep dark seas. Forming an artificial reef, this shipwreck is thrilling and safe at the same time, with blowtorched exit points to guide the directionally challenged. If you find the surroundings familiar, that’s because it is - having starred in the sci-fi horror movie Virus, the Russian lettering along the passageways were man-made just for the big screens.

Many people have a fear of the unknown - and it is not unusual why. Did you know that amongst all the oceans and sea surface that we have explored, all of it contributes to just a mere 5% of what we know? That means that there’s 95% of unexplored waters on Earth!

Gather your courage and your inner Dory - together with your significant other, nothing is impossible this Valentine’s Day. Who knows, if you float past all the ancient debris and schools of colourful fishes, you may just discover a new artefact in the unseen part of Earth!

Crystal is a curious child, who loves exploring Singapore in her free time with a camera in hand. Her street photography subjects often include unaware strangers, uncommon architecture, and...Read more
Want to contribute as a Local Expert?
Register Here
Hotels
Lowest Price Guarantee

Explore Cayman Islands
Good things are meant to be shared!