A Colorful World: 10 Best Things To Do In Cordoba, Spain

Cordoba is a city in Andalusia, Southern Spain and a previous Roman settlement where you can see beauty, culture, and tradition, all rolled into one place. It’s a modern city, that has still preserved its historic structures and has become a well-renowned city. Read on to learn about all the great activities you can do while in Cordoba!

Known as La Mezquita, the Mezquita-Catedral, or the Great Mosque to the locals, this is one of the oldest structures still standing from the 8th century, when the Muslims conquered Al-Andalus. The Mezquita was built in around the 10th century, during which time Cordoba was one of the most prosperous cities in Europe. There is a lot of history in this mosque and it is also an exquisite example of the architecture from this era. Visiting this UNESCO World Heritage Site is a must.

Alcázar de los Reyes Cristianos or Castle of the Christian Monarchs is a Moorish palace, with lush Arabian-style gardens. It contains an antiquities collection, museums, exhibitions, and the Hall of Mosaics. This castle welcomes you with its grand foliage and leads you to the castle, which was rebuilt in 1327. This was listed as a “Bien de Interés Cultural” or place of cultural interest in Spain, since 1931 and is part of the historic center, making Cordoba a UNESCO World Heritage Site. Source: Photo by user Graham Stanley used under CC BY 2.0

The Calahorra Tower is a Medieval gate-tower, built during the late 12th century. It is also a town museum, which contains the Living Museum of al-Andalus. This museum celebrates the period in which three religions: the Jewish, Christian and Muslim, lived in the city in peaceful coexistence. It is situated at the end of the Roman Bridge, and if you are a lover of scenery, then this is one destination for you since, at the top of the tower, there is an amazing view of the city.

New apartment2 next to the Mosque- Cathedral The Calleja de las Flores or the Alley of the Flowers is the most famous and most photographed street in Cordoba. It is a typical Andalusian street, with white washed houses and hanging flowers, all the way through. From the center of the alley, you can get the best view of the cathedral tower and, in the background, is the rest of the Jewish quarter, adding more to the aesthetic. Judería is basically the rest of the Old Jewish Quarter. Here, the town shows off its history through its beautiful architecture and atmosphere. The compound is built with a fascinating network of narrow lanes and less commercialized infrastructure. Talk to any local in the neighborhood and they can share a story from its history. The Jerónimo Páez Square can be found in the middle of the city. Right in the center of it lies the Archaeological and Ethnological Museum. In it, are ancient Iberian objects from prehistory to the middle ages and many others, which makes this one of the most complete museums in Spain. Other features of the museum are its numerous rooms, with around 33,500 pieces. This museum was established in 1868 and was proclaimed as a point of cultural interest, in 1962. With its rich history, it surely should not be missed.

Palacio de Viana or Viana Palace is an aristocratic palace and museum, built in Andalusian style. Find out how the elites lived back in the day, with their lavish lifestyle, as you walk through the palace. Giving off a Renaissance vibe, the palace has tranquil courtyards and fresh, clean cut foliage. The courtyard was inspired by Roman and Arabic architecture. Browse through the evolution of architectural styles, decorative arts, antiques, and aristocracy related environments. Get a peek at the noble life, even just for a day.

At the end of May, every year, is the Cordoba Fair or Patio Festival, in which the whole town celebrates the historical significance of patios, that dates back around 3200 A.C. when the first homes in Mesopotamia were built with patios. Since 1921, with a few bumps in between, local residents compete against one another for the most beautiful patio. To keep the festivities going, the event also includes singing, dancing, and delicious local delicacies.

Address: Alcázar Viejo district, between the Alcázar and the parish of San Basilio, and Palacio de Viana

Museo de Bellas Artes or the Museum of Fine Arts contains a collection of Spanish paintings from the 15th to 19th centuries. It also contains sculptures from the 17th to the 19th century, as well as from contemporary times, which provides a complete presentation of the evolution of art, throughout the years, in the country. The museum was declared a Cultural Heritage Monument in 1962, 118 years after it was founded, in 1844. There are so many works from prominent, local artists here, making this museum an important destination for visitors and locals alike, to get to know the city’s history and culture.

Julio Romero de Torres was a well-loved painter of the city. This museum is located across the courtyard of Museo de Bellas Artes. The museum was built in 1931 and is dedicated the beloved painter. It contains his valuable paintings, as well as some of his own personal items, such as furniture, art materials, and a library. His paintings are said to be reflections of how much he loved his city. It is the most visited museum in the city, therefore, it should not be missed!

There is so much richness in history, culture, and aesthetics in this city, that every corner is worth a photographic shot. From its history of religions that came together as one, to its world renowned heritage sites, this city will surely not disappoint and will give you beautiful memories you won’t soon forget. 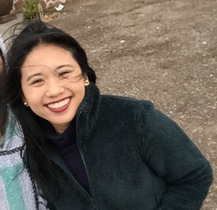 Explore Cordoba
Good things are meant to be shared!