Dirty Dancing! Learn To Dance The Rhythms Of Summer Music

There’s no better way to feel the heat of summer, than dancing to Latin music. Even if you don’t understand the Spanish lyrics, you can delight your feet with the happy melodies and have a good time. And if you are a beginner, this is the perfect time to learn. Latin music is becoming very popular all over the world and you can find classes or courses in almost every country. From Salsa to Zumba, to Tango; there are no limits when you dance to Latin music. Explore the options!

It’s popular everywhere! Indonesia, Germany, Australia, just to name a few. It’s such a trend that you will find salsa classes, and clubs and bars, and even flash mobs, everywhere in the world. It’s complicated when you start; it’s fast and sexy, and you need to feel comfortable with yourself and your dance partner. Imagine that if you take a class you will probably have several dancing partners in one hour or two. But that’s part of the fun! Getting to know each other through the rhythm.

If you track down the origins of this dance style, it will take you to the mid-1970s in the Caribbean. It spread quickly in Latin America, arrived soon in the USA, and finally reached Europe and is now also in Asia. Don’t be out of this trend! Experiment with a new flavor dance.


Argentina
Colombia
It’s hard to talk about one cumbia, because almost every country in Latin America has adopted the dance and blended it to their own national style. It first started in Colombia in the 1940s, and in the present, all over the world, when you go to a Latin music party or concert you are going to find this rhythm that might be hard to differentiate from others, but it’s always present.

When you listen to cumbia music, you listen to Latin America. And wherever you are, you can learn different dancing steps. It’s true! If you go to Ecuador, or Colombia, or Argentina, you are not going to find the same music and the locals are going to dance to it with all sorts of steps. The lyrics are usually oriented to reflexions on society, love stories, tragedies and much more. Is a music genre to explore, because there is a lot to learn.

This is an old gem that will never be out of fashion. It started at the beginning of the twentieth century in Buenos Aires, Argentina. Tango lyrics are usually very sad stories, about hunger, about misery, or about a love affair gone wrong. Some are a bit more positive, but it’s not the usual. Learning to dance Tango is not an easy task.

Tango requires technique, some steps are very unique and you won’t be better just because you are good with other dance styles. It’s a process, and an experience. But tango isn’t strict. Actually, the finest way to start is to go to an open milonga on the street, where dancers of different levels meet to dance, learn, help each other and have a good time. Be part of the spread of this sexy dance style that since 2009 was included in the UNESCO Intangible Cultural Heritage Lists.

Just the word is telling you to have fun. The Latin word “rumba” comes from the verb “rumbear,” meaning “to party,” “to dance,” “to have fun.” And that is what you get when you listen to the music and start taking your first steps in the dance floor. The origin of the rumba is tracked to the middle of the 19th-century in Cuba, where you will find three very different rumba styles (yambú, Columbia and guaguancó), each one with its characteristic dance steps, rhythm and music. If you want to try a new style of dancing this summer, Rumba will do the trick!


This Latin music style is very well known all over the world because of many hits that are in all the nightclubs, like the song Gasolina from Daddy Yankee, or the song Despacito from Luis Fonsi, that even has been played by Justin Bieber. The beginning of Reggaeton can be traced back to Panama’s Spanish Reggae style, which was an adaptation of Jamaican Reggae. However, the general consensus is that Reggaeton actually originated in Puerto Rico, where it evolved into Reggaeton as we know it today and gained its increasing popularity.

It’s sexy and fun to dance to. If you can understand the lyrics, generally in Spanish, you should know that it is not one of those dances where you have to do what the song is saying, because it could get vey explicit. It’s fun! Give it a try.

It might be one of the few dancing genres that has a traceable creator. It was Arsenio Rodríguez, a Cuban musician, composer and bandleader who created the music, and then, another Cuban in the late 1940s, Perez Prado, came up with the dance for the mambo music and became the first person to market his music as a new genre. Mambo started in the 1930s and spread around the world. The meaning of the name is “conversation with the gods.”

From all Latin rhythms, this could be the most recent to spread in the world. Bachata is a genre of Latin American music that originated in the Dominican Republic in the first half of the 20th-century with European, Indigenous and African musical elements. It’s a very sensual dance, with a lot of touching between partners. It would definitely be banned from the Footloose town. Lucky for you, that’s not possible, and you can start learning to dance Bachata in different classes, courses or Latin Clubs all over the world.

There's a reason why Latin rhythms are hot this summer By now, you can tell that there isn’t just one kind of general Latin Music. There are several genres of music and each one has its own dancing style, that could even have subgenres. So the Latin music world is very infinite and it’s very fun to explore. Taking your first steps in a nightclub, daring to take a class, or just enjoying the music in a bar, you will enjoy the experience. 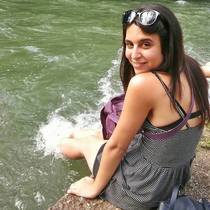 I am a journalist from Argentina. Travelling and writing are my passions and now I can combine both. I left my country with a one way ticket to see as much of the world as I possibly can, and I am...Read more
Want to contribute as a Local Expert?
Register Here
Hotels
Lowest Price Guarantee