Ever Heard Of A Christian Mosque? Cordoba’s Mezquita Is A Must-Visit!

When considering the top monuments to visit on the Iberian Peninsula, Cordoba’s Mezquita is not one which instantly springs to the minds of most. This however is a great injustice as this mosque-cathedral is truly one of Spain’s greatest treasures. Although now officially a church, La Mezquita (also called Mosque-Cathedral of Cordoba) still bears all of the architecture which made it one of the most important Mosques in the whole Muslim kingdom of Al-Andalus. It is this unique hybrid of Islamic and Christian cultural influences that combine so brilliantly that make the enormous edifice so resplendent and unique to anything else in the world. With a history which dates back to the Visigoths, La Mezquita is a fantastic relic of the past that also offers an indulgent cultural experience even to those most disinterested by its historical origins. Architecturally, its hypostyle hall with curved archways creates a market-like ambience similar to what one might expect to find in a Moroccan bazaar. But it is by no means a bazaar, its tranquil atmosphere and religious décor gives it a transcendent aura, and although it is not enforced, there is nearly complete silence inside which allows one to truly appreciate the sacred tilework which line the walls of its 37 chapels and 20 doors. Although following Charles V’s decision to transform the great mosque into a renaissance style cathedral in the middle ages, by constructing a nave and a bell tower, the officially named Cathedral of our lady Assumption is by no means your average cathedral. Fortunately, this renaissance renovation does not ruin the magnificence of the once great mosque and together the two religions function as an art-piece in almost total harmony. This mixture is a great legacy to the building which for almost a century between 711-784 was divided into two allowing both Christians and Muslims to pray at the same time – a religious cohabitation which has not been seen since. On any visit, one can only help standing in awe of its immense architecture. The meticulous care in every fine detail of the building resonates most impressively from its high domes which are also a main source of light for the mosque-cathedral. Similarly, its high imposing walls are visible from even outside the city and its bell tower rivals that of even Seville’s Giralda.

The area where most congregate and you find yourself instantly drawn to is the Renaissance style nave, constructed in the 16th Century. This offers visitors the opportunity to sit down for a moment on the pews provided, and observe from directly below the ceiling’s most spectacular dome and other fine stonework.

Take a moment to explore its serene orange groves The orange grove within the buildings outer courtyard is worth taking a moment to appreciate before you go into the cathedral itself. It again gives out a sentiment of serenity and tranquillity and is also where you have to go to purchase tickets before entering the main building itself, hence you will find convenient place to take a stroll.

New apartment2 next to the Mosque- Cathedral

La Mezquita is not the only thing Cordoba has to offer On a visit to La Mezquita, one could easily pass up to 2 or 3 hours in the building and for those interested in history you may find yourself getting lost in the fantastic past of the edifice. For further historical information you may want to pay a visit to the lower floor of the nearby tourist information centre, which holds host to a variety of fragments of Cordoba and La Mezquita’s history, as well as recreations of how the city was during Roman times. For those who are less interested in history, Cordoba is full of hidden treasures, and one gem which I stumbled upon was the Calle de Flores. This narrow street is beautifully lauded with bright and exuberant blossoming flowers, and is something which seems like almost an oasis in the desert like surrounding of Cordoba.

A piece of history that is not to be missed

Thus, it is without doubt that La Mezquita is an absolute must see, and I would go as far as saying that no visit to Andalusia could possibly be regarded as complete without a trip to this beautiful piece of history.

Tickets cost 8 EUR (9 USD) for an adult, 4 EUR (4.5 USD) for a child between the ages of 10-14 and admission is free for children under 10 years old. You can also purchase a guided tour which includes, the Jewish Quarter, the Alcázar, the Synagogue as well as La Mezquita for just 37 EUR (41 USD) per person with children under 8 free. 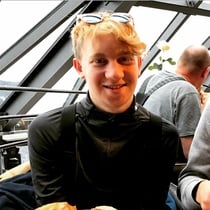 I like to think that travelling has always been part of my DNA and for as long as I can remember, I have been spellbound by the history, art and cuisine of different cultures across the globe. I...Read more
Want to contribute as a Local Expert?
Register Here
Hotels
Lowest Price Guarantee

Explore Cordoba
Good things are meant to be shared!