Fort St. George in the state of Tamil Nadu was the first fort built by the English East India Company after they entered India in 1600 AD. Constructed in the year 1644, this fort also holds the first Anglican church of the country, St. Mary’s Church. It was named after the patron saint George and has been a historic symbol of British India for more than 300 years. Although the EEIC, later British East India Company, set up its first trading post in Surat, it was convenient for them to transport goods through the Malaccan Straits. Channapattana was an ideal port, which led to the construction of the fort on the unclaimed lands. Today it is the seat of the Tamil Nadu State Government, comprising the State Legislative Assembly and Secretariat buildings. The fort also holds the ancient church, St. George Fort Museum, Wellesley House and the tallest flagstaff of the country. Check out our guide to Fort St. George, Chennai. As you enter Fort St. George, you will be amazed by the beautiful gardens and tall pillars. As this is the seat of the Tamil Nadu state government, the legislative assembly buildings are accessible only by the assembly staff and law officials. Hence, you will only be able to walk through certain areas. While here, you can check out the old moats and cannons that were once used to shield the ancient fort during times of war and revolt. Some notable highlights of the fort include:

St. Mary’s Church is the oldest and the first Anglican Church in India. This church was built under the supervision of the then Agent of Madras, Streynsham Master. The construction of this church was completed in the year 1680. The graveyard is home to the oldest British tombstones of the country. It is also notable that marriages of British governers like Sir Robert Clive and Elihu Yale - the first patron of Yale University - were performed here.

St. George Fort Museum is under the Archeological Survey of India. This is the only ticketed museum under the ASI. This museum walks you through the rich history of the fort and houses paintings, weapons, medals, uniforms, coins, and artifacts from governors of the British Raj. It holds the original letters of Sir Rober Clive and Cornwallis. You will also be able to check out the public halls that served as Bank of Madras, lottery house, and entertainment center. The first-ever flag of Independent India that was designed in July 1947 by Pingali Venkayya is on display on the third floor of this museum.

Another notable place to visit in the fort complex is Wellesley House, named after Richard Wellesley, Governor-General of British India (1798 - 1805). This house has a 14.5-ft-tall (4.4-m) statue of Richard Wellesley, who was instrumental in strengthening the British dominance against French forces in Chennapattana. You will also be able to witness the works of Tipu Sultan, the former ruler of the Mysore Kingdom, in the museum.

St. George Fort is also home to the tallest flagstaff in the country. This flagstaff is made of teakwood and stands at 150 ft (46 m) tall.

Namakkal Kavignar Maaligai is a building located within the fort complex and it holds the offices of the departments of the Tamil Nadu Secretariat. It is another historic site you will likely see during your visit to the St. George Fort. Fort Museum remains closed during Fridays and is open between 9 am and 5 pm on all other days of the week.

The stairs in this fort can be steep. Hence, it is advisable to keep an eye out when walking through the centuries-old buildings. It may be difficult for those with mobility issues to navigate the complex.

It is mandatory to show a valid ID like a driver’s license for locals and a passport for foreign nationals before entering the fort. There are several car rentals available in popular transit hubs like Chennai International Airport. You can also book a cab or auto from apps like Ola and Uber.

Chennai City’s popular transport system is the auto-rickshaw. You can always hire an on-going auto and get dropped at the gate. The auto drivers here are very knowledgable with routes and quite friendly too. It is advisable to know the current auto ride rates to avoid over-paying for your ride.

Rapido is an app through which you can book bike lifts for reasonable prices. It is a safe mode of transport, especially for backpackers and solo travelers.

Ride the Washermanpet metro station on Line 1 and alight at the LIC stop. Fort St. George is a 10-minute bus ride from LIC.

The city has many buses that frequently pass through key points of interest in Chennai. All the buses carry both Tamil and English labeling. Bus numbers to take note of are MTC - 109, 21G, 242, B21. Book your tickets to the St. George Fort

Book Now
to skip the line and secure your spot. 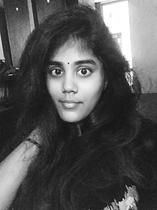 Sharadha is a happy 'paw'rent to beautiful GSDs - Max n Tuffey. At times, when she is not too busy pampering her furry kids, she is trying her best to stay fit, write and travel. She loves...Read more
Want to contribute as a Local Expert?
Register Here
Hotels
Lowest Price Guarantee