Step into the battle-ravaged city of San Antonio where the air is replete with memories of vanished indigenous races, the war cries of Hispanic revolutionaries, and anglo-American vanquishers. San Antonio in Texas is the former home to Payaya Indian people and other unknown indigenous communities who have now vanished from the face of the earth. When the Spanish colonizers came to this land in the year 1718, Ville de Bejar was founded at the headwater of San Pedro Creek. Gradually, San Antonio developed as a glorious Spanish colonial town, until bloody battles began between the Anglo-Americal settlers and the Spanish people, finally resulting in the annexation of the Republic of Texas to the United States of America. Here, every turn of the road tells a story of heroic deaths and fervent passion. Here the spirits of the past cohabit with the present and you can almost hear them whisper! Check out the haunted places in San Antonio, Texas, for a spine-chilling experience. An imposing building, this stately mansion functions today as the Museum of Spanish Colonial History. The engravings at the door read like an omen uno 1749, se acabo “it finished in the year 1749”. In reality, the construction of the building had been concluded earlier. The history of San Antonio during the 1700s is in most parts the story of the bittersweet Hispano-french relationship. The Marques de Auayo of Spain was entrusted with the building of the ‘comandancia’- as the palace was called, for the purpose of housing Spanish war generals who came to Texas amidst rising tensions. The building was concluded in a hurry to make it the stronghold of the Spanish troops who came to join the presidio at San Antonio. After the annexation of Texas, the palace started to serve as an administrative building. Offices were now held inside the very walls which have been witness to numerous prosecution by hanging of the criminals of Spanish Texas. There once took place a murder, that of the daughter of a captain who lived at the palace in some distant time. Officers attending work in the building in the 18th century and visitors to the museum to this date have reported seeing many apparitions, experienced unusual cold spots around the palace, unexplained gurgling sounds emanating from the well, and other bizarre sights and sounds. The mystery still goes unsolved!

The Freeman Coliseum is no abandoned ramshackle of a place. People visit here all the time to attend private and corporate events, concerts, fairs and more. But underneath the laughter and cheer of the place, terrible tragedies lie. As goes the urban legend, once there came a satanic cult to perform ominous rituals under the roof of the Freeman Coliseum. People came in to find the mutilated body of an infant at the center of the hall. Some from the audience have vowed to have heard the lunatic laugh of a clown dead long ago in a circus held inside the Coliseum. What are you going to do if you hear such maniacal laughter oozing from behind the walls inside the darkened halls of Freeman Coliseum? No theatre is safe apparently in the ghost town of San Antonio! People going in to watch a movie playing on the big screen have stopped short of enjoying their popcorn and looked up to find weird tentacled creatures crawling on the ceilings! Some swear that what they saw was nothing but horribly deformed human bodies swinging from the vaults! Centuries back, the Apache tribe living in the lands which today is San Antonio, made a peace offering to Canary Islanders who came to battle in these regions. The San Fernando Cathedral site was where this grand ritual had taken place. The tribal warlords had buried their hatchets and along with it, a live white stallion. The Apache’s symbolic token of peace to their rival Spaniards- the beatific white stallion, is often seen galloping in a haze in front of this medieval church. The Alamodome is a sports convention center from where paranormal incidents have been reported with consistency over many years. The ghost of a construction worker who died at the foundation has been seen roaming the peripheries of Alamodome. Lights flicker, turn on and off unexplained, without any human agency as the restless dead seem to hover within the complex. Alamodome adds to the heritage of haunting at San Antonio for sure.

1.5-Hour Segway Tour of San Antonio and The Alamo

Posted by The Alamo Theatre on Saturday, 5 October 2019

Alamo Street Theatre was established upon the existing building of Alamo Methodist Church in 1912. Later in the decade, the theatre was closed down without many explanations and now there is just a hot dog shop in the building. The ghost of Margaret Gething, an actress who performed in the theatre has been sighted by few, roaming the dark corners of the building.

A bridge is a metaphor for making two opposite ends meet. Like the confluence of life and death, or where life ends and the otherworldly begins. Devil’s Bridge of San Antonio holds the legacy of being constructed by the Great Diabolical himself! The place is known to be smelling of sulfur (rotten eggs) - the sign of lingering demonic entities and if you throw a brick from the end of the bridge, you never hear it fall!

San Antonio is an asylum located on the New Braunfels Avenue with a chequered history of racial desegregation in its administration and staff and that of running beyond its capacity when many patients had to suffer maltreatment and abuse. From out of the murk of such histories, inevitably ghost stories have taken birth. An employee of San Antonio State Hospital recounts, “we hear and see things, death lurks around here.” The Alamo is the hallowed battlegrounds of the 1836’s clash between the Mexican rebels and the freedom army. Numerous people laid down their lives, perishing in the bloodbath and engraving the walls with haunting memories. What lies after death is perhaps an eternal wait for salvation, but some spirits probably come back to find resolve. Visitors to the Alamo report sightings of such discontented spirits, like the apparition of a boy who lost his parents in the battle.

Get prepared to be scared to the bones

San Antonio is a place haunted by many sins and many sorrows of the not-too-distant past. Discontent spirits still roam free in the streets here in search of some closure. We have listed the best places where to find them in San Antonio. May the good Lord keep watch over you all in San Antonio! 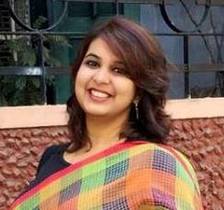 Sebanti is an avid traveler, having toured all over India and Europe she loves to explore wild spaces and new urban places alike. She contributes regularly to travel-related online publications to...Read more
Want to contribute as a Local Expert?
Register Here
Hotels
Lowest Price Guarantee

Explore San Antonio
Good things are meant to be shared!