Macarons With A Little Southern Charm In Savannah, GA

Towering, majestic oak trees with twisting branches that are heavily laden with spanish moss, arch high above the sidewalks and provide a much needed respite from the summer Georgian heat. The branches sway lazily in the cool fall breeze, shadows of the lattice work of leaves and sunlight dance on the sidewalks and roads below. Georgia with its rich history, was named after King George II by General James Oglethorpe who established it as the last and final of the 13 English colonies of the New World. Arriving at Yamacraw Bluff on the Savannah River in 1733, General Oglethorpe and 120 settlers sought to increase the trade along the Savannah River, as well as protect the English colonies from the Spanish in Florida.

A bit of history As the state’s first city, Savannah was strategically laid out by General Oglethorpe in a grid pattern with wide streets, large open squares, and parks to serve as general public meeting areas, business centers, and as places that could be fortified in the event of attack. It’s not hard to be transported back to the height of the city’s antebellum period, as most of the public buildings, homes, churches, and squares around the downtown area are perfectly preserved. Walking down the old cobblestoned East River Street that sits along the waterfront, the Savannah River on your left, historic old buildings on your right, one can easily imagine the ships sailing on the river, see the horse drawn carts, and hear the din of the crowds going about their daily lives. As you make your way up from the waterfront to East Bay Street, head down to Bull Street. You’ll pass through Johnson Square with its iconic live oak trees, branches covered in moss, the canopies of which intertwine to form a delicate lace overhead that completely covers the path and provides much needed shade. You’ll see event planners setting up for weddings, parents pushing strollers, horse drawn carriages giving tourists leisurely history lessons as street musicians provide the soundtrack. Visiting Savannah in the fall lends itself to easy strolls under bright blue cloudless skies, with the humidity of summer a distant memory, you can take your time enjoying being outside. Take a horse drawn carriage tour down East Oglethorpe street and around Chippewa Square to see Forrest Gump’s bench and learn about the history behind the square that was laid out in honor of the American soldiers killed in the Battle of Chippewa during the war of 1812. If a walking tour is more interesting to you, there free tours, ghost tours, even dog friendly tours. A welcome and unexpected surprise is Marche de Macarons on Abercorn Street, in a small unassuming storefront next to the Lucas Theater; it brings a bit of France to the South. Like bite-sized, colorful little clouds of joy the macarons are absolutely worth stopping in for. They’re made fresh in the small kitchen adjacent to the shop everyday. With flavors like red velvet, cappuccino, and pistachio, though a bit pricey, they’re worth every single cent.

Tranquility on the Marsh Minutes to Savannah and Tybee Beach A short drive from downtown Savannah is the Wormsloe Historic Site, which is known for it’s beautiful 1.5 mile oak avenue and the ruins of a fortified house built by Noble Jones, who was one of the original colonists. Though it’s outside of Savannah, it’s one to add to the must see list if for no other reason than to drive under the iconic canopies of the historic live oaks that line the either side of the road.

A bit of mystery, charm, history, and an easy relaxing pace for southern urban exploring, Savannah has an appeal for everyone. 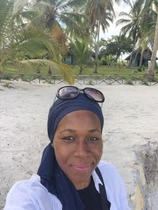 Explore Savannah
Looking for accommodation?
Good things are meant to be shared!