Things to do Other Activities Japan > nagano > nozawa

In Kita Shinshu’s Nozawa Onsen Village, outdoor public baths preserved by the community dot the area, 13 in total. Hot water and relaxing lukewarm water varieties… With this many outdoor baths, most of them free and each one open air, you’ll be able to meet the locals and relax. As the hometown of Dosojin (a spirit which protects travelers), just interacting with the people who have kept the famous Dosojin Fire Festival going will make for good memories.

The Symbol of outdoor hot springs, Oyu, has water that’s hot even for veterans The village’s has a long history as a “hot spring”. During the reign of Emperor Shomu (724-748), this area was discovered by a monk named Gyoki. The area’s previous name, Yuyama (hot spring mountain), remains on an old map from the middle of the Kamakura Period (1185-1333). It’s said that early in the Edo Period, it was already prospering as a hot spring area.

In the center of the hot spring district is what has become the symbol of outdoor hot springs, “Oyu”, literally translated as “large bath”. Its wooden construction style, called bathhouse architecture, was renovated in 1994, but a massive building created to emit steam still retains the feel of the Edo-era.

Enter into the gender separated areas. Open the door to the entrance and although there is cover, you suddenly find yourself in the bathing area, in rear of which you can see the tub. Its layout consists of a place to put your shoes along the wall, shelves to place your clothes, and a narrow changing space in front of the bathing area. Since it has that neighborhood, public bathhouse image, you may be a little surprised if you enter expecting a changing room with an attendant booth.

The bathtub is separated into two tubs, one for hot water and one for lukewarm water. Both are snug, 2-square meter baths. Pour some hot water on yourself and you’ll be surprised at how hot it is. The “lukewarm” water is plenty hot. The source of the water is the big bath, and its temperature is about 66 degrees. It has a free-flowing hot water source, and on the wall is a traditional wooden stirring plank with the water supply coming from within the tub. Sitting in this bath can be like a contest of endurance. It’s a simple sulfur spring without any particular color to the water. Submerge yourself in the bath and steam rises all the way up to the ceiling, which is also kind of fun to watch. As it’s the most popular bath, there are a lot of people coming and going from it.

Day trip facilities made by the village, and a family of swallows at Ogama-no-yu (Hemp Pot Bath) Step outside after the water has warmed you and head for the next bath. Go toward the hilly part of the village and you’ll encounter Yusawa Shirne.

Follow the road on your left and there is Yakushido Temple and the water source “Ogama”. Boiling water close to 100 degrees Celsius bubbles forth at Ogama, which in the old days was where hemp was soaked to help remove the husks, which is said to be how it got its name. Iron pots of all kinds are amassed here, and even today you can see locals soaking wild edible plants, eggs, and the local specialty goods “agebizuru” in iron pots. Since it’s boiling water, people are prohibited from going in, but it’s one of Nozawa Onsen’s special spots. It also has a foot bath.

From there, go down the hill and find Furusato-no-yu, a facility recently made by the village for single-day visitors. There is a fee of 500 JPY per adult.

The previous mentioned spot has an open air bath called Asagama-no-yu. Its water is also hot. When no one else is in the bath, it’s a good idea to check the water temperature before getting undressed. During the right time of year, you can see a swallow bringing food for a nest of its babies in the men’s section of the bath. If you want to sit in water that’s bit lukewarm, I recommend the “Kuma no Tearai-yu” (roughly meaning “the bear’s wash basin”). The water temperature here is about 40 degrees Celsius, and you can really stretch out your arms and legs. One of the stories associated with this spot says that its name was given by a hunter who saw a bear he’d shot putting its wound in the hot spring. This is an old hot spring which has many fans even among the local townspeople.

Additionally, throughout the town are two-story concrete baths, and Juodo-no-yu is one of those. Women’s baths are on the first floor, men’s on the second. Right across from the bath is its namesake, Juodo Temple. Yama, the king of the underworld, and 10 judges at the Sanzu River (a river which the dead must cross) weigh the sins of the naked dead who pass through and decide whether they will go to heaven or hell. That’s the image dedicated here. It’s a temple which asks about the faith of the local people. Nozawa Onsen Mura is also the hometown of Dosojin, the guardian deity of travelers. Although there are a variety of beliefs related to the Dosojin, the fundamental Dosojin of this area is “meoto”, meaning “married couples”. The male god is Yachimatahiko and the female god is Yachimatahime. It is said that the unattractive male and the ugly female gods were wedded and gave birth to a lovely boy, the god of children and marriage.

Gods for male and female couples, rustic and handmade, decorate the way from the JR station platform to the show windows of the hot spring souvenir shops, and are worshipped by each local household.

The Dosojin Festival held every year on the 14th and 15th is a majestic fire festival that is designated as an intangible cultural asset by the Japanese government. On the day of the festival, there is a large tub at the event where people make offerings to the God protecting their homes, and the God in the basin is then brought home. The festival is an interesting sight.

Nozawa Onsen Mura is about 25 minutes down highway 117, off the Joshin-Etsu Expressway from the Toyotaiiyama interchange. It’s a village on the border of Niigata Prefecture. The Nagano Winter Olympics also took place in the area, which became known throughout the world for its ski spots. It’s also where Rapeseed is grown.

In the old days, open air baths were only for to those who stayed overnight in the area. Although those limits are now lifted, the open air baths are in fact local public baths, so don’t forget that for some locals, it’s where they go to maintain their everyday hygiene. The Buddha to cure all ills residing in “Oyu” prays for the 12 Divine Generals in the other baths, making the water a Buddhist good luck charm. So here’s hoping that you’ll feel like putting a little something in the offering box next to the baths. 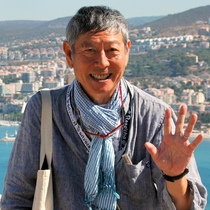 Explore nozawa
Good things are meant to be shared!