10 Places To Visit In Europe In August

Europe is a continent bordered by the Mediterranean Sea on the south, the Arctic Ocean on the north, and the Atlantic Ocean on the west. It covers part of the Northern and the Eastern Hemispheres. This beautiful continent is home to 44 countries, and each destination tries to outshine its neighbor in terms of culture, art or food. At times, Brussels is referred to as the capital of Europe. Some of the best tourist attractions and destinations here include Paris, the city of love and home to amazing cafes, the Louvre, fashion, and the Eiffel Tower. Rome, on the other hand, houses the iconic Colosseum. London showcases its history at the Buckingham Palace and the British Museum. For more information, here is a list of outstanding places to visit in Europe in August. If you are a lover of music and you are traveling to Europe, your first stop should be Waterford, Ireland. This vibrant city in the southeast of Ireland is famous for hosting Spraoi Street Festival. The preparation starts three months prior to the festival, and for three days, it brings the streets of Waterford to life with hundreds of performers, an array of street art and amazing live music. If you have never been to Waterford before, it would be a good idea to plan for an August visit to this spectacular city. If you happen to be in Serbia in the month of August, make haste and find your way to the small town of Guča. This destination is where the famous Guča Trumpet Festival takes place. Music lovers from all over the globe flock to the streets to participate in this exciting brass band festival. This festival celebrates the best of the country’s folk music. Hungary’s capital, Budapest, is a popular tourist destination and home to an abundance of history, amazing architecture, outstanding culture, and art. Since music is also art, Sziget Festival celebrates music in a more exciting style. This event is normally held on a beautiful, green island called Obudai-sziget (or Hajógyári Island). It one of the largest festivals in Europe that celebrates music and culture. Each year, more than 1,000 shows and performances take place. This is the perfect place to spend six days just dancing and celebrating. Kilkenny Arts Festival takes place in a medieval town called Kilkenny in the Republic of Ireland. This destination is known for its distinctive black marble and the well-preserved old buildings. During this 10-day festivity, tourists are drawn to the fun and elation of various kinds of performances and events, including theater, dance, live music, spoken word, and visual arts. Every festival comes with its own type of infectious excitement that spreads throughout the city - Helsinki Festival has that exact effect on everyone. This entertaining multi-arts festival is held every August in Helsinki, Finland’s capital. It attracts a large number of visitors, grabbing the title of the biggest festival in Finland. This event typically starts in August and ends in early September. Though not as big as other festivals, Nature One is still one of the most famous open-air electronic music festivals to be held in Germany. This unique event attracts famous DJs from the country and from all over the globe. This exciting, three-day festival typically begins at the end of July. If you are a fan of raving and electronic dance music, then this is where you need to be in August. Source: Photo by user Laurensvanheerde used under CC BY 4.0

For those who are in love with music and the outdoors, Netherlands is the place to be during August. This is because of the annual Lowlands Festival, a three-day event in the village of Biddinghuizen. During this thrilling festival, you get to experience music and performing arts at its prime. Lowlands also offers an array of indoor and outdoor attractions such as street theater and ballet, which will surely capture the interest of everyone in the crowd. Source: Photo by user Edinburgh Blog used under CC BY 2.0

Edinburgh is where the world’s largest art festival is celebrated. Edinburgh Festival Fringe is an event like no other. This is when world-class street entertainers come out to play, and it is one of the longest festivals in the world, beginning in the first week of August and running until the last week of the month - it’s like the party never stops. The capital of Scotland will feature thousands of different shows and performances in various venues across the city. Be sure to have your map with you because, with all the excitement in the air, you might get lost and risk missing out. Tuscany is an alluring region in Italy that is famous for its architecture and Renaissance art. This festival is a bit more unique because the main highlight is an archery competition. Amazing music and incredible performances are to be expected, summing up a festival that cannot be missed. Tourists crowd the place in droves, and the town of Massa Marittima is always buzzing with excitement each time the medieval games begin. At some point, you will feel as if you have traveled back in time.

Find your way to the village of Buñol on a coach trip from Valencia to celebrate the famous La Tomatina Festival. By now, the name must have given you an idea of what this festival is all about. Prepare to join the best tomato-throwing street battle of your life. If you have never been to a food fight before, then this is your chance. Pick your overripe tomatoes for ammunition and familiarize yourself with the rules - all that’s left is to have fun and make the best memories.

August is definitely a good month to be in Europe. Each country on this list promotes culture and art in a way that brings joy to all. From the traditional performances to modern live music, you will surely find something here that will pique your interest. 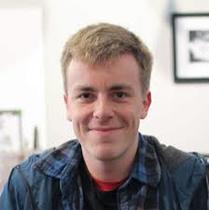 Hi, David Kross is my name. I'm an energetic writer in love with traveling and always seeking new adventures. I love to share my story and experience with anyone who is like-minded or seeking new...Read more
Want to contribute as a Local Expert?
Register Here
Hotels
Lowest Price Guarantee