Roll Up For The Magical Mystery Tour In Liverpool, England

Liverpool is widely known for being the 2008 European Capital of Culture, but what most people associate the city with is that it’s the birthplace of The Beatles. A must for any music fan, the Magical Mystery Tour is simply the best way to view Liverpool and its mounds of history all while listening to the Fab Four’s top hits.

Step into The Beatles era ... Admission to the Magical Mystery Tour is 16.95 GBP (24.72 USD) per person and can be booked in advance either online, by telephone or directly at the Magical Mystery Tour Ticket Office at Anchor Courtyard on the Albert Dock. Tickets can also be purchased at the Cavern Club on Mathew Street. The ticket office is open 7 days a week from 9:30 am to 4:30 pm.

Tours depart at 11:00 am every day and although they run on a regular basis, it is worth booking your tickets in advance so that you’re not disappointed — this tour gets booked up fast!

Once you’ve bought your ticket, head to the Albert Dock 10 minutes before your departure time and meet your guide at the Magical Mystery Tour Ticket Office. All that is left to do is to step aboard the bus for a 2-hour magical journey of the fabulous Liverpool in The Beatles era.

Find out the mystery behind Penny Lane Penny Lane is arguably one of the most famous streets in the world, but what most people don’t know about Penny Lane is that it was actually a bus terminus where John Lennon and Paul McCartney would often meet to catch the bus into the city centre.

Since the rise of The Beatles’ fame, street signs bearing the name ‘Penny Lane’ have become constant targets of theft and have since had to be painted on the sides of buildings to stop them being continually replaced.

Passengers are given the opportunity to exit the bus at the stop and have their pictures taken with the Penny Lane street sign. Another surprising location in the history of The Beatles is Strawberry Field — this is another location where you can exit the bus and take pictures.

Strawberry Field was, in fact, a Salvation Army children’s home, which remained active up until January 2005. It’s not quite the field full of strawberries that we all imagined.

The home shot to fame in 1967 with the release of ‘Strawberry Fields Forever’ written by John Lennon. It is believed that one of Lennon’s favourite childhood treats was to attend the garden party that took place on the grounds of Strawberry Field each summer.

A day in the life One of the most popular sections of the tour is visiting the Fab Four’s childhood homes. You will visit the homes in the following order:

The childhood home of Ringo Starr on 10 Admiral Grove (although he was actually born on 9 Madryn Street).

The childhood home of George Harrison on 12 Arnold Grove.

The childhood home of John Lennon, ‘Mendips,’ on 251 Menlove Avenue.

The childhood home of Paul McCartney on 20 Forthlin Road. John Lennon moved to 251 Menlove Avenue in 1946 at the age of 5 to live with his Aunt Mimi who looked after him because his mother thought he would be better cared for by Mimi than herself. He lived at Mendips until he was 22 years old.

Sadly, the home isn’t only famous for being the childhood home of John Lennon. On the evening of 15 July 1958, Julia Lennon (Lennon’s mother) visited the house to see John but he wasn’t there. Later that evening, Julia was struck and killed by an off-duty constable outside the house whilst crossing the road.

Twenty years after the death of John Lennon, Mendips was adorned with the English Heritage blue plaque and a couple of years later, Yoko Ono, Lennon’s widow, bought the property and donated it to the National Trust. Amongst other points of interest, such as former schools and colleges, the tour will come to an end at the legendary Cavern Club. The tour ticket also gives you free general admission to the Cavern Club on the afternoon and evening of your tour date.

The Cavern Club has live music every day from resident and international musicians. The club is located at 10 Mathew Street and famously hosted The Beatles in their early days as upcoming artists; it is a must see for any Beatles fan.

Learn about Liverpool on the Magical Mystery Tour

Whether you’re a fan of The Beatles or just a music enthusiast, the Magical Mystery Tour is without doubt the best way to get around Liverpool to learn about the city of culture and its wonderful history. The tour guides are full of knowledge and insightful stories and are always available to answer your questions. So… roll up, roll up, roll up for the Mystery Tour 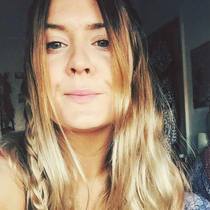