You’ve booked your first trip to Alaska and are excited to begin planning the journey; however, Alaska is big, really big, and there are few drivable roads. The best way to get around is by bush plane, but chances are you don’t have your own. Don’t worry; there are dozens of bush plane operators all over Alaska with a myriad of trip choices. A large portion of visitors to Alaska come to the South Central region and land in Anchorage. This is Alaska’s biggest city, but just a short distance away is the awe-inspiring Alaskan wilderness. When you land at Anchorage International Airport, you might see a lake next to it as your plane lands. Lake Hood is the largest floatplane base in the entire world. Up to 700 or more flights take off from this buzzing lake each day throughout summer. You, too, could be one of the lucky ones to explore Alaska by Lake Hood based floatplane.

If you’ve never experienced a floatplane ride, get ready for some real fun. The pilot directs passengers to their seats in the small aircraft, quite possibly a de Havilland Beaver, the workhorse of Alaska’s bush-then gets in the cue for takeoff. The pilot gives the radial engine full throttle and depending on the load, you take off in a minute or less, leaving the lake behind. Floatplane takeoffs and landings are half of the fun of a floatplane experience. Once airborne, you will notice the Beaver wasn’t built for speed. This slow speed works well for sight-seeing. Rust’s Flying Service is the largest and oldest flightseeing company on Lake Hood. They offer an assortment of options like bear viewing, glacier flights, remote water landings with a hike, fly-in fishing, or charter them to go wherever you want. I tried their Knik Glacier flight, a one and a half hour flight that takes you on a wild ride up a glacial valley to the head of the glacier and beyond.

The pilot flies right up to the source of the glacier ice field and then continues searching for wildlife. Look close, and you might see Dall sheep, black bear, brown bear, on the mountain, or moose on the glacial flats below the glacier. Passengers see the newly shed face of a glacier in its bluer-than-blue colors while spectacular waterfalls tumble down mountains toward the sea against a green backdrop. On my flight, I saw dozens of Dall sheep, a black bear, and two moose higher up than I’d ever seen.

After the flight, I had the opportunity to speak with owner Todd Rust. I wondered who was taking all these flights, and Todd said, “We used to be more of a local service, but nowadays bear viewing is very popular.” It turns out that more people would rather shoot bears with a camera than a high-powered rifle. Bear photography bodes well for the bears and Alaska tourism.

A museum worth seeing It seemed logical to visit the Alaska Aviation Museum next to Rust’s. The museum has an extensive collection of aircraft indoors and outdoors. My favorite was the classic Grumman Super-Widgeon, a twin-engine floatplane popular in WWll. After the war, these planes were perfectly suited to bush life in Alaska and were widely used. One of the highlights of the museum is the former Lake Hood control tower, where I watched the takeoffs and landings of the numerous floatplanes.

In the museum, I loved reading about the legendary bush pilots from Alaska’s past, many of whom were killed flying the dangerous conditions. These brave pioneers brought needed service to bush communities who had relied on dog sleds, boats, or walking to get to needed services like hospitals and grocery stores. While at the museum, I noticed a kid-pleasing VR flight simulator with a young man at the controls.

It turned out this young man was Maddox Rhude, a museum volunteer. His job is to assist visitors with the VR simulator. I wondered what sorts of flight options were available on the VR, and Maddox told me, “The program choices are all WWll aircraft flying combat missions.” Not quite an Alaskan experience but still fun for kids of all ages and adults. Visitors might consider a four-hour drive south to Homer, Alaska, where scenic glacier viewing flights with Tom, of Smokey Bay Air are availabe. This former corporate jet pilot has found his niche flying regularly-scheduled trips to nearby villages of Seldovia, Port Graham, and Nanwalek. Smokey Bay also has bear viewing flights, volcano, Kenai Fjords, and glacier flights to round out the tour options. Their plane of choice is the Cessna 206, another popular Alaskan workhorse.

Tom took me up to see the Grewingk Glacier and the tiny village of Halibut Cove. I loved seeing this area from the air after staying at the Ridgewood Wilderness Lodge in Halibut Cove. You can see the lake at the foot of Grewingk Glacier, usually hidden from view unil one takes to the air.

If you wonder who is taking all these scenic flights,Tom said: “Our number 1 customers are international visitors.” Smokey Bay Air takes bear viewers over to Chinitna Bay for up-close and personal bear viewing. Some of the photos he showed me taken by customers were impressive. Customers get to see brown bears up close in their natural habitat. Bears can be seen fishing for salmon and even clam digging on these tours.

Each bear viewing party gets its own certified bear guide, hip waders, and rain gear for this exciting once-in-a-lifetime experience. I wondered if there has ever been an attack on Smokey Bay Air’s bear watchers. So far, like many of the other Alaskan bear viewing locations, all is well. A well-fed bear that has been habituated to humans is rarely a threat. My last stop on this see-Alaska-by-bush-plane trip was last but not least. I stopped by Talon Air Service on Mackey Lake near Soldotna. Talon Air’s fishing option is a popular half-day trip to the west side of the Cook Inlet to fish for silver salmon. Alan Helfer is the owner and head pilot of Talon Air. Alan says they offer a 125USD flightseeing trip on a space-available basis to the west side of Cook Inlet and often have room on flights. This trip goes to Big River Lakes to drop off and pick up fishing clients in their de Havilland Otter. After the pick-up, passengers take off from Big River Lakes for an up-close look at the Double Glacier. The Talon Air glacier flight is one hair-raising adrenalin rush as Alan skillfully flys the DHC Turbo Otter close to the mountainsides and glacier. We had three sightings of black bears near the glacier and one bull moose in a small pond on the way back. Customers get close-up photo opportunities of the deep blue glacial ice and crevices.

The best time of year to go would be June through mid-August to see the most wildlife. There are also other air operators available in Seward that cover the Prince William Sound and Harding Icefield. Any of the above places will leave you breathless, especially if seen from a bush plane.

Disclaimer:Some of the flights and lodging on this trip were comped. However, my opinions are my own. 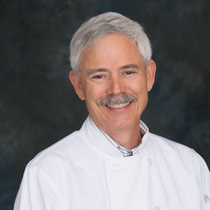 Explore Anchorage
Good things are meant to be shared!