Shirakawa-go is a small traditional village located in Ōno District, Gifu Prefecture, Japan. It is a Unesco World Heritage Site where visitors can experience the historic village in the mountainous region. It showcases traditional thatched roof houses known as gassho-zukuri, which have roofs that are designed to handle heavy snowfall. Winter Illumination happens every year at Shirakawa-go on 6 selected days, usually in January and February when there is snowfall. During Winter Illumination, these traditional houses light up beautifully. Shirakawa-go was declared a Unesco World Heritage Site in 1995 because of its main attraction, the gassho-zukuri houses. These traditional, unique farmhouse-style houses have a thatched roof to prepare for heavy snowfall every winter. There are various key attractions within the village, such as the Wada House and Nagase House, which allow you a rare opportunity to enter these traditional houses that were built as early as the edo-period. Each of these houses require a small fee of 300 JPY (2.60 USD) and you will be required to remove your shoes before entering them.

Takayama as the gateway to Shirakawa-go There are various ways to get to Shirakawa-go Village, but the most popular choice is from Takayama City, where you could do some sightseeing before embarking on a trip to the Unesco World Heritage Site. From Takayama, visitors can take the Nouhi public bus from the main bus station, which is conveniently located beside the train station. Nouhi Bus offers 2 trips daily at 8.30 am and 10.30 am, taking you to Shirakawa-go Village and another Unesco world heritage site in Gokayama. Gokayama features similar gassho-style houses and are generally less crowded compared to Shirakawa-go. The approximately 6 hour tour by Nouhi Bus, which comes with an English speaking guide and lunch, costs 6690 JPY (59 USD) for an adult and 4420 JPY (38 USD) for children. Visitors should book at least a day in advance to secure a ticket.

Enter into a fairy tale realm during the winter light-up There are about 6 nights per year, typically on weekends in mid January and early February, where Shirakawa-go Village transforms beautifully with illumination. There are limited tour tickets to see the Winter Illumination. The dates of the illumination are usually released in October or November and then tickets are offered by tour agencies and the Nouhi Bus company on a first-come, first-served basis. Note that tickets are snatched up really fast, but you do have chances of getting ahold of a ticket if someone gives up their ticket or if they open new slots. When reserving on Nouhi Bus, please know that the daily Nouhi Bus tours return back to Takayama City by mid afternoon and is not part of the Winter Illumination tour. You have to purchase a ticket for the Nouhi Bus Winter Illumination on those selected nights. Nouhi Bus offers a package, departing Takayama at around 2 pm and arriving at 3 pm. You have free time to explore the village for an hour in daylight before heading to the assigned restaurant for your dinner, which is inclusive in the price. Sun sets around 5 pm in the winter, and you will be rewarded with a magnificent scenery of the traditional gassho houses with giant torches shining against the snow-thatched roofs.

Experience a night stay at one of the gassho houses Some of the gassho houses in the village offer accommodation to visitors. Unlike residing in a hotel, staying in a traditional gassho house offers you a valuable experience with a stay on their simple tatami-flooring and futon-bed. Bathrooms are shared, and each house typically can contain only 8-16 visitors. During the nights of the Winter Illumination, it is almost impossible to find a vacant house once the dates of the illumination are released, so book early! The scene is absolutely breathtaking with the illuminated traditional houses on the white landscape. It would feel even more romantic with falling snow, but beware that the paths are very slippery. Having said that, since there are limited nights per year for the illumination, the winter illumination visits can be very crowded. Starting as early as 3 pm, enthusiastic photographers are all standing by for a good shot. The best shot capturing a bird-eyed view of the village can be taken from the Observatory Deck, but during the peak season of the illumination, it may take as long as an hour to get to the deck. If you do not succeed in getting up to the deck, which would be extremely crowded, your pictures from the ground would be equally pretty. Most importantly, you need a good camera to capture the lights against the white landscape.

You are promised breathtaking views

Check the gorgeous Shirakawa-go Unesco World Heritage Site off your list during your next visit to Japan. The Winter Illumination is breathtaking, so look out for the dates next year and start planning for your trip! If possible, experience a night stay at one of the gassho houses during the illumination to experience the traditional lifestyle of the Japanese, and enjoy an amazing view of the lit houses. 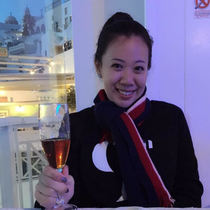 Bessie is an avid traveler who loves touring the world in her free time. She had covered most key cities in Asia but coming from the garden city of Singapore, exotic destinations have been her key...Read more
Have a question? Ask fellow travellers and travel experts here.
Want to contribute as a Local Expert?
Register Here
Hotels
Lowest Price Guarantee

Explore Gifu (prefecture)
Good things are meant to be shared!