Around the borders of Spain on the Iberian Peninsula was once a powerful country with a maritime empire. Portugal, a south European country, has a rich culture greatly influenced by the Atlantic Ocean. Most of their historic buildings are from the 15th to 18th century. Their Algarve and Cascais beaches are among the best surfing destinations in the world. Their beaches deliver any strength and kind of waves for all types of surfers. Their swells have different personalities depending on the seasons. Its excellent coastline stretches 1,794 kilometers (1,115 miles) and has a moderate oceanic climate. Almost every beach on the coast has good waves and surf schools. Here is our list of the top surf spots in Portugal. North Canyon, Europe’s largest canyon measuring 230 km (143 mi) long and 5 km (4 mi) wide, is Portugal’s undersea canyon in Nazare’s coast in Atlantic Ocean’s eastern side. The canyon is believed to be created from the movement of the Nazare fault and is part of a complicated geological area. The waves are challenging and deadly as the deceitful topography of this huge submarine valley can change the direction and speed of the swells. To create the giant waves, weather conditions and topography of the canyon splits the water into two. It picks up speed as it travels into the cove allowing it to reunite again before it crashes. Praia de Leça or Leca Beach is ideal for surfers who are beginners, intermediate, and advanced levels of learning. It is a popular surf spot in Porto’s Heritage City, with a sandy bottom and a beachside path. A little past the bridge coming from Matsohinos is a waterfront path that stretches for several miles along Leca da Palmeira Beach. The pathway offers scenic ocean views for cyclists and pedestrians. There are not many shaded areas along the path, so keep yourself covered during hot days. After a day of surfing the waves, take a dip in the Piscina das Mares. These are the outdoor swimming pools by the beach. Praia de Supertubos (Supertubes in Portuguese) is an oceanic beach in Portugal’s Peniche municipality in the Iberian Peninsula. Famous for its lively waves, softest sand, and lovely colors, this beach was one of Portugal’s hidden gems until it came into the international spotlight in 2009. Its perfect hollow tubes and curly waves provided the world-class surfing arena for Pro Search Event of Rip Curl World Surfing Championship. Currently, this is where the World Surf League Men’s Championship tour of the MEO Rip Curl Pro Portugal is held. The windy sandy beach also appeals to sunbathers and surfers. Europe’s version of the Pipeline is ideal for intermediate and advanced surfers.

Style and views over Lisbon! Source: Photo by user Pepe Martin used under CC BY 2.0

Awarded the EEC Blue Flag, the Praia de Buarcos (Figueira da Foz) or Buarcos Beach (Figtree Mouth) is one of Portugal’s beaches that you shouldn’t miss. It is small but long coastline stretching up to 2 km (1.24 mi) with lots of parking and sand for walking along the beach. Buarcos is a freguesia or “parish” in the municipality of Figueira da Foz. In the 1600s, the former fishing town built forts to protect the citizens of Buarcos from pirate attacks. Today, it’s among the best surf spots in Portugal, with its Mondego Cape protecting Buarcos beach from the strong northern winds, and in doing so, it creates the perfectly calm sea that is ideal for windsurfing. The Avenida Marginal Coast Road connects the lively town to the sea. Cabedelo Beach or Praia do Cabedelo is a sandy Oceanic beach in the Viana do Castelo Municipality in the Iberian Peninsula of Portugal. It is also called Praia de Norte Darque (North Darque Beach) and is divided into two parts – the North and South beach. The North beach is medium in size and found in a sandbar. It is an essential part of the River Lima’s south bank entryway. The South beach is bigger and found outside the riverbank beside the larger dock. The beach has a dune system in place that is connected to the bathing area. Its medium to high waves are ideal for intermediate surfers and also served as the venue for a Championship Tour. From 2019, the beach became a popular night surfing spot. Praia de Ribeira d'Ilhas (Ribeira d'Ilhas Beach) is among the best European beaches for bodyboarding and surfing. It is located by the mouth of the namesake river. It is a prime spot for intermediate and advanced surfers, for it offers all kinds of tides, a point break, and a sand and rock bottom. In 1977, this is where the first Portuguese surfing contest was held. Though it’s perfect for competitive surfing, its rocky beach is not ideal for swimming. Non-surfers instead enjoy the restaurants and bars on the shore that provide the upbeat atmosphere of the beach. From these establishments, enjoy watching the waves crash on Europe’s longest right-hand reef breaks.

On the beach of Baia in Espinho is where you’ll find the Direita do Casino (Casino Right), one of the fastest barrel waves in Portugal sought after by advanced and intermediate surfers. The beach waters create cylindrical-shaped waves opposite the Espinho Casino which runs from right to left. This amazing formation is often the site for bodyboarding and surfing competitions. Though the water is cold and there are crowds on the beach, the Dirieta do Casino attracts a lot of surfers regardless if its summer or winter. Source: Photo by user Mister No used under CC BY 3.0

The largest beach in Portugal, Praia de Matosinhos (Matosinhos Beach), is accessible through Porto central. It will only take you a 15-minute ride on the subway from Porto center and you will be rewarded with a beach with golden sands, sandy ocean floor, and both smooth and strong waves for learners and intermediate surfers. The breakwaters on the beach ensure that the waves are calmer for novice surfers. After a dip in the sea, satisfy your hunger at one of the many beachside restaurants offering grilled fish, sandwiches, and ice cream. Source: Photo by user [Unknown] used under CC BY 2.5

Surfers who are beginners or are at the intermediate level will find the waves in Praia da Aguçadoura or Aguçadoura Beach perfect for learning. This long beach found in the Póvoa de Varzim municipality of Portugal’s Iberian Peninsula boasts of powder-white sands, crystal blue waters of the Atlantic, and sand dunes which are remnants of the beach before it became a city. The beach is famous for installing the world’s first commercial wave energy park. Up North is a dune system topped with ruins of old mills. Down South is where the Ribeira da Barranha (Barranha Stream) gushes. Small puddles are formed during low tide to the delight of children and these are one of its major attractions. Last but not least is the Coxos beach! In Portuguese, Coxos means razor-sharp rocks. It is also the name of the best waves in Portugal found in the shores of Ericeira. These waves are not for beginners as they are long, barrel-like, fast with a right-hand point break, and with sizes ranging from five to eight feet high. Managing the waves can be very challenging, as there are a lot of rocks where the water gets in and out of. Best is to ride the waves during autumn or winter, when the water is warmed up by the sun around mid-morning.

Ride the tides in Portugal

Surfing aficionados will definitely find Portugal one of the best places to ride the waves. All their surf spots offer something for everyone, whether you are just learning how to surf or you are honing your skills to win a competition. Lovely to look at and more exciting to ride, these waves are beautiful creations of nature you’ll truly appreciate up close. Include a trip to these top surf spots when you visit Portugal, whether you know how to surf or not. 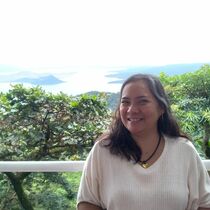 The first thing I look for when I reach a destination is the local market. The market says a lot about the culture and cuisine of any city or country. Next on my list are the local restaurants. I...Read more
Want to contribute as a Local Expert?
Register Here
Hotels
Lowest Price Guarantee