Surrounded By The Beautiful Artwork In Barcelona

Barcelona is a vibrant, cosmopolitan city that offers visitors a wealth of different activities and services. What makes the city so unique, is the great variety of cultures that meet here and the incredible way it makes you feel as if you’re a part of a work of art, constantly surrounded by many artistic sets, whatever you decide to do. Follow me, I want to show you how it is possible to breathe deeply in this artistic atmosphere.

A dive into the Middle Age through the Barri Gòtic Start your walking tour with a dive into the Middle Ages. Characterized by a narrow labyrinth of streets, the Gothic Quarter (Barri Gòtic in catalan, the official language of Catalonia) – delimited by the famous Rambla and Laietana streets – which are still today walkable, also thanks to the 20th century restorations.

Nowadays, the medieval streets, squares, and roman architecture draws and can disorientate locals as well as international tourists. The most important building in the area can be recognised as the Cathedral where construction first began in 1298, and continued for more than 150 years. Go everywhere around and try to imagine how the zone could appear during Medieval times. Furthermore, you will discover the majority of these Gothic “pearls” are casually everywhere, and perhaps you’ll think they have gotten lost in time. Also, don’t miss the suggestive Plaça Del Rei, where you can find the ancient Royal Palace, with its incredible facade and the tall tower, a real skyscraper for those times! Another unique square is the Plaça Del Pi, with the majestic church of Santa Maria Del Pi. Its colourful rose window will leave you without words! If you want to carry on your tour, changing the historic period, you just have to take the underground line L2. Going up through the escalators from the metro station be really careful, you could fall down due to the astonishment of seeing the majestic church of the Sagrada Familia!

Considered to be one of the most important symbols in Barcelona , the Sagrada Familia is the incredible unfinished masterpiece by the famous architect Antoni Gaudí. The artist worked on this for 42 years of his life, but he didn’t have the possibility to see his creation finished. The most peculiar thing about the Sagrada Familia, in fact, is that its works are still in progress now, and the current plan considers that the church is going to be complete in 2016.

However, Gaudí thought it wasn’t enough, surprising his public with this incredible church, so you can also admire his other famous edifices, like the noble houses in Paseo de Gracia (Casa Batlló, Casa Milà/La Pedrera) and the Güell Park. Continue to enjoy Gaudí’s open air artwork in Parc Güell, a perfect destination for all the people who need to relax and teleport into a fairytale world. After a brief, but steep rise (wear your sneakers, always!), two small houses like the gingerbread houses from Hansel and Gretel’s story will appear to advise that you’re in the right place. Going up the stairs, you will find the long mosaic that is known all over the world by the name of Banc De Trencadis, a really long bench decorated with a great variety of ceramic tiles.

Known as City Park since 1923 and a UNESCO World Heritage site starting from 1984, this authentic architectural magic has been designed by the brilliant Gaudí, with the idea to build a real city-garden commissioned by the count Eusebi Güell. Walk through many park trails and the inclined columns forest, while guitars, harp music, and songs follow you along the path. Once you’ve visited all the great edifices, don’t forget to take a break on the top of the hill to enjoy the incredible view of Barcelona.

Go for a promenade along Barceloneta From the top of the hill to the sea level, you have to look at the city from this other point of view. Barceloneta is one of the most characteristic neighbourhoods of the town, and the beach that fits like a frame, makes this zone even more fascinating. This was long ago the quarter populated by mariners and their family, so you can still see the children playing football in the narrow alleys and old women chatting outside the doors. The other side of the quarter is artistic and sparkling, renown above all for the activities of young people who normally prefer to stay at the beach, to dance, surf, or sing in a circle: another important art shape in Barcelona! When you’re tired of sunbathing on the sand, you can move to another great park in the city – Parc de la Ciutadella – the ideal place to freshen up under a centuries-old tree. Inside the park, you’ll find a splendid waterfall, a zoo, and a famous Antoni Tápies sculpture known as a tribute to Picasso.

A real magic fountain in Montjuic 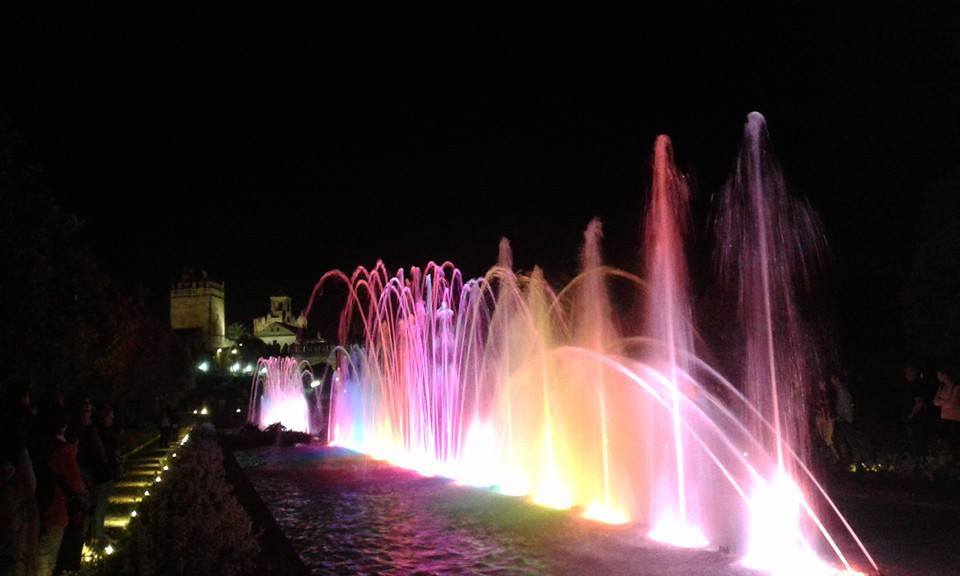 Montjuic is one of the hills set a bit outside the city centre. The impressive Palau Nacional on the top will welcome you once you’ve arrived at the Plaça d’Espanya. This is also the museum that hosts the biggest collection of Catalan art in the world, but if you don’t want to spend the day indoors, there are many other things to see. First of all, Montjuic was a theatre of two important events that took place in Barcelona: the Great Universal Exhibition in 1929 and The Olympic Games in 1992. These events involved the construction of many buildings and sculptures that you can still enjoy today all around the hill. But the thing that could surprise you most will be the so-called “Magic Fountain”, which has been working since 1929. It offers an incredible show of coloured lights, music, motion, and water acrobatics that will make you feel like a child again, wanting to see the performance many more times.

The art to find art in unexpected places

This is only a very small part of the things that a city like Barcelona can offer you. This super lively town will never disappoint you, creating many occasions to have fun and to enjoy art, even in normal places such as a park or a bench. Don’t miss the chance to discover which artistic quarter could fit you better! 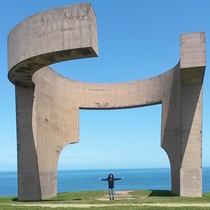