In 2014 Gion Festival’s Latter parade returned after a long hiatus and the “Ofunehoko” float (giant boat float) was revived after missing for 150 years. The festival has a history of 1000 years and now the Ofunehoko float beautifully ends the reintroduced Latter parade. There is a place where you can learn more about the festival, and that is at Kyoto City’s Intangible Cultural Heritage Exhibition Room at Yodobashi Camera in front of Kyoto station. The exhibition room was opened in October 2011, celebrating the registration of Kyoto’s Gion Festival and its floats parades as an UNESCO intangible cultural heritage in 2009. Yodobashi Camera is originally from Tokyo, so its appearance in Kyoto looks somewhat foreign. Therefore it is commendable that this shop offered part of one floor in their own building for hosting the exhibition indefinitely. That was quite delightful for local people in Kyoto!

Experience Gion Festival whenever you come! The main exhibition panel introduces the registration of Kyoto’s Gion Festival and its floats parades as an UNESCO intangible cultural heritage. There is a virtual representation of the festival offered for the pleasure of tourists who have never seen the real event.

One of the main reasons why this exhibition room has become quite popular is because it displays information and photos from the entire process of Ofunehoko’s restoration. Here you can see how the revival happened from its very beginning.

Ofunehoko float could not be restored for a long time Ofunehoko used to be the last float with which the Latter parade of the festival ended with during the Edo period. Its history dates back to the Onin wars (15th century). Ofunehoko was the anchor point of the Latter parade and its turn in the procession was not decided by a draw as the others were. The deity represented was Jingukogo Empress, so the float was also called “Gaisenfunaboko” (triumphal return). Jingukogo is believed to be the goddess of safe birth because of her story: she went to war being pregnant and safely returned home to give birth to Emperor Ojin.

In 1864 Ofunehoko float’s wooden structure and wheels were destroyed by the “Dondon fire” disaster in Kyoto during the Hamaguri Gomon incident (a clash between pro and anti-shogunate forces). After that the float was not restored and was announced “resting” during the big parade. The deity enshrined and the decoration survived the fire and participated only in one of the additional events of Gion Festival. The reason for Ofunehoko’s restoration is believed to be the intention of the exhibition room to display a model of the float. People thought “Why don’t we recreate the actual float instead of a model?” and revived Ofunehoko based on blueprints from Edo period! However, that took a lot of money and was by no means an easy achievement.

Nevertheless, help came from various sources and Ofunehoko float was successfully restored. In this exhibition room you can see the entire process of its restoration up until March 2014. Note: As of September 2014 the restored boat cabin is on display.

In 2014 Ofunehoko reappeared at the floats parade! After many turns and twists, Ofunehoko float made its glorious return at the 2014 edition of Gion Festival! It reappeared as the anchor of the Latter parade which was also revived after a hiatus of nearly half a century. However, Ofunehoko still needs some repair work, and as of present it lacks its deity enshrined and is not complete. It will take some time and additional help until the full restoration of the float.

Gion Festival stepped into a new period of its history

In Kyoto City’s Intangible Cultural Heritage Exhibition Room you can see and learn more about Ofunehoko float which made its return to Gion Festival, known for its ancient history. Here you can experience the event that is only seen in summer. The location is very convenient, being right in front of Kyoto station. Moreover, it is free. 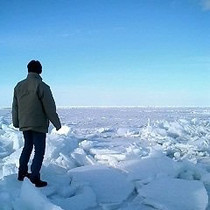 Explore kyotostation
Good things are meant to be shared!