Top 5 Things To Do In Mala Strana In Prague

Even if it is rather small, the historical centre of Prague holds an enormous number of attractions. There are old medieval squares and tiny streets, Art Nouveau buildings, baroque churches as well as interesting museums and galleries. In addition, every district that composes this historical centre is unique and offers its own particular atmosphere. This article will lead you through the beauties of the Mala Strana District that is situated on the left side of the Vltava River, from the Ujezd Tram Station to the Malostranska Metro Station. Mala Strana is full of tiny curved streets with cosy cafes and restaurants as well as important architectural and historical sights. Here is a list of the most interesting ones that you can’t miss. 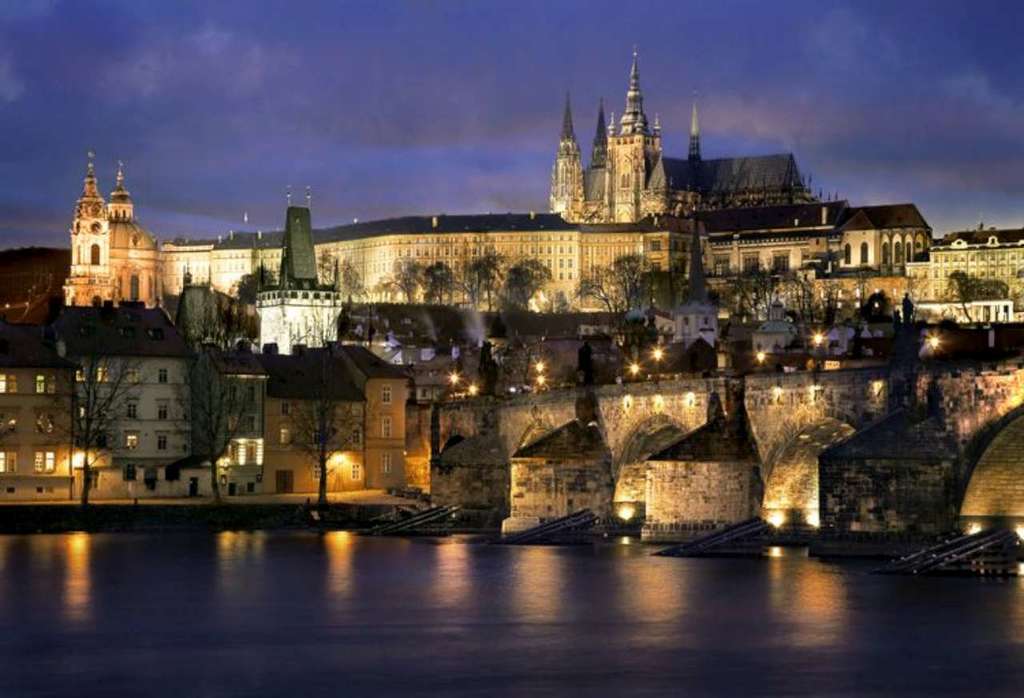 Source: Photo by user Ceesa Images used under CC BY 2.0

Let’s begin with the most important spot, the famous Prague Castle. The Prague Castle is situated on the top of the rocky Opys Hill and it is accessible from the Prazsky Hrad Tram Station. If you prefer to walk a bit, you can also climb to the castle through the old Castle Steps, situated near the tram station Malostranske Namesti. The Prague Castle is one of the largest castles in the world; its length is 570 metres and its width 128 metres. It is also one of the oldest as its history goes back to the 9th century. It was the castle of the most important Czech lords and kings and it gained a status as the symbol of the country. This symbolism has been preserved since 1918 and it is where the president of the republic and its government meet. When visiting the Prague Castle, look at the top of the main building – if you see the Czech National Flag hanging on the pole, it indicates that the president is at home. Prague Castle hides many interesting buildings, the most important of which is definitely its iconic Gothic church called Saint Vitus Cathedral. You can’t really visit the castle without visiting this stunning building. It was designed by the famous Czech architect, Petr Parler, in the 14th century and it is so big and complicated that its construction didn’t finish until the 19th century. When you enter inside and see the monumental ceilings and the fascinating window mosaics you’ll understand why the construction took so much time. Even if the interior will attract all your attention, don’t get stuck on it as you’ll also want to visit the church’s medieval dungeon that hides, alongside with the oldest basements of the church, the tombs of the most important Czech kings and Saints. If you want to learn a bit about Czech history, you can’t miss it. Another sight in Mala Strana that is a must-see is Petrin Hill. You can climb there almost directly from the castle, just go straight from its main gate and at the end of the Loretanska Street turn left. The green trees and the top of Petrin Observatory Tower will easily guide you to the top. Before climbing up the hill, turn your eyes to the right – there is a beautiful complex of monastery buildings called Strahovsky Klaster. The monastery was built in the 14th century and it hides two interesting museums - the curious Museum of Miniatures and the Museum of National Literature. Both are worth visiting. In addition, there is a nice restaurant called Klasterni Pivovar Strahov that serves traditional Czech dishes with a good Czech homemade beer. After a small stop at the monastery, you can continue your way to the top of Petrin, the main attraction of which is the tower. Petrin Observatory Tower was built in the end of the 19th century as a small imitation of the famous Eiffel Tower in Paris. Don’t forget to climb on its top as you’ll be rewarded by the most stunning panorama of the whole city. The riverbanks of Mala Strana are interesting and you can’t miss them. The best way to discover its beauty is to take a small walk through Mala Strana’s Kampa Park, which is its favourite park. It is a small, quiet place where the students from surrounding schools take a rest during their free time. There is also the lovely Certovka River, whose riverbed is bordered by picturesque houses, mills and tiny bridges. To get there, leave the tramway at Malostranske Namesti and walk in the direction of the medieval Charles Bridge. Before the bridge begins turn right and pass under it. You’ll find yourself at the core beginning of Kampa area. First, you’ll meet a small stone area often animated by local food and craft markets. Enjoy looking at all the hand-made products and buy a good Czech delicacy for the road. Then, continue to the tiny street on the right. It will lead you through the Certovka River to one very special Prague attraction called Lennon’s Wall. It was created in the 60’s as a dedication to John Lennon. Actually the 60’s was the period of communist political release and at this time, people gained a bit more freedom of expression. That’s why the wall is full of love notes, nostalgic poems and spray-painted pictures. The release ended tragically in 1968 and during the 70’s and 80’s writing on the wall was banned. After the Velvet Revolution in the 90’s the tradition was restored and luckily, it continues until now! What do you think about some nice place to sit, after all of these visits? There is one very nice and fancy café near the riverbank that is called Café Savoy. Café Savoy is one of the most elegant places in Prague it adopted the Art Nouveau style from the beginning of the century. Its interior will surely make you feel like you are in the most distinguished of Vienna cafes. The owners a detail oriented – the dress of waiters is always perfect, the food and cakes are displayed in an extremely tasty way and the service is really professional. Grab a place there and order a delicious café latte with some of the tasty-looking Czech desserts. Try the famous apple roll called “strudel” served with vanilla custard and homemade whipped cream or the traditional Czech marble cake called “babovka”. You’ll be enchanted by the place and it will be really difficult to leave the magic of Mala Strana behind. Luckily, there are other districts you will quickly fall in love with, so let’s begin new adventures!

Mala Strana is surely one of most important and interesting districts in Prague. It is full of small streets, cosy cafes and architectural gems. This article will reveal to you the best sights that you just can’t miss. Hi, my name is Jana and I am a Czech girl currently living in Paris. Student of cinema and dance, I love to meet new people all over the world, to speak with them in different languages and to...Read more
Have a question? Ask fellow travellers and travel experts here.
Want to contribute as a Local Expert?
Register Here
Hotels
Lowest Price Guarantee