A Guide To In-N-Out: The Southern California Staple If you have visited California but didn’t visit In-N-Out Burger, you need to go back. This iconic burger chain is world-famous, and its cultural popularity has become something of a phenomenon. Although In-N-Out has expanded from its original Californian location into a few other western states, it is still widely regarded as a Californian establishment. Come for the delicious food, stay for the clean, friendly atmosphere, and keep coming back because it feels like home. Read on for a comprehensive guide for your first visit to In-N-Out, though it surely won’t be your last! The first In-N-Out was founded by Harry and Esther Snyder in 1948 in a Los Angeles suburb. It was the first drive-through hamburger stand in California, and the Snyders stuck to a simple business plan: “Give customers the freshest, highest quality foods you can buy and provide them with friendly service in a sparkling clean environment.” To this day, freshness, quality, friendliness, and cleanliness are the staples of In-N-Out. The company is still run by a Snyder, the only grandchild of Harry and Esther, which probably accounts for the unwavering consistency over the last half a century.

Every In-N-Out has the same layout, even down to the pair of criss-crossed palm trees out front (in states where they’re native). In addition, perhaps because they’re one of the few fast food establishments to pay their employees more than minimum wage, each In-N-Out is staffed by only the friendliest, ever-smiling employees. It’s this consistency that makes a trip to the restaurant feel like home, no matter which location you visit.

The consistently homey feel of In-N-Out is likely one of the main reasons this restaurant chain has become so culturally significant. While most other fast food chains are always changing their menus, putting out flashy new advertisements, and trying to do anything to gain new business, In-N-Out sticks to its roots, still serving the same menu in the same way that Harry and Esther did in 1948. They know that their expansive customer base, especially in California, is fiercely loyal.

Where it all began: the food

Aside from the unique feel of the restaurants, the food is, of course, the star. The In-N-Out menu is very simple: hamburgers, cheeseburgers, french fries, and milkshakes. The intentionally open kitchen design means that guests can see their orders being made fresh on the spot. You can watch as smiling staff members in pristine white outfits slice whole, fresh potatoes that will soon be served up as your golden fries, or dice and grill fresh white onions for your juicy burger. Service is fast, efficient, and friendly, and the food is reasonably priced: a cheeseburger costs 2.45 USD and a generous portion of fresh fries is just 1.65 USD.

The stuff of legends: the secret menu In-N-Out offers a very simple menu, but their top priority is customer satisfaction. That’s why the legend of their “secret menu”, or, the dozens of off-menu orders that staff at any location will accommodate, has developed. The In-N-Out website lists six secret menu items. These include 2x2, 3x3, and 4x4 burgers (burgers with 2, 3, and 4 patties, respectively); protein-style burgers, which come wrapped in lettuce instead of a bun; a grilled cheese, which is a burger with no patty; and an animal-style burger, which comes with pickles, mustard, and an extra helping of the Thousand-Island-style sauce that every burger comes with.

However, due to their customer-centric philosophy, In-N-Out will also accommodate a wide variety of other choices that are off-menu, even from their own advertised secret menu. Next time, try an off-the-wall choice from this selection. See if you like cheese fries, or animal-style fries, which are topped with melted cheese, the In-N-Out sauce, and grilled onions. Mix up the available milkshake flavors of vanilla, chocolate, and strawberry with a chocolate-strawberry or a neapolitan shake. Order a Flying Dutchman if you’re swearing off carbs, and you’ll receive only the patty and cheese without the bun and condiments. The only exception to the super-secret menu is burgers with more than four patties, which were outlawed after a customer ordered (and received!) a 100x100!

A part of Southern Californian culture

In-N-Out is unlike any other fast food chain. Although it has branched out into Arizona, Nevada, Utah, Texas, and Oregon, it remains a primarily west-coast brand, and will always be near and dear to the hearts of Californians especially. So next time you’re in the home state of this wildly popular burger chain, make sure to stop in for a piece of history, the feeling of home, and an incredibly juicy, fresh, and delicious In-N-Out burger. 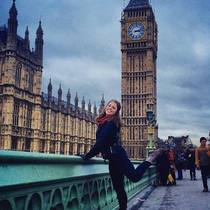 Angela is a solo traveler, avid reader and travel blogger based in San Diego who aspires to always keep her country count higher than her age. To date, she has visited twenty-six countries in five...Read more
Have a question? Ask fellow travellers and travel experts here.
Want to contribute as a Local Expert?
Register Here
Hotels
Lowest Price Guarantee

Explore Southern California
Good things are meant to be shared!