Indulging in the sights and food in Atlanta, Georgia, allows you to experience a blend of African, Native American and Scottish-Irish culture. Located near the Blue Ridge Mountains the city is the second-largest in the state, and is spread over 20 counties. The suburbs lie at the border of the Chattahoochee River, and the city remains a hub for rail lines and highways and this has resulted in several top-class restaurants springing up. Especially for those looking to experience exotic Asian cuisine the city of Atlanta has a lot to offer as restaurants feature everything from Thai, Korean to Chinese dishes. The top Asian restaurants in the city importantly have a bit of local flavor mixed in, making them unique spots to hang out whether you are a tourist or a local. To get an idea of the best Asian restaurants in Atlanta, Georgia, continue reading.

Chinese cuisine in all its authentic glory basks in the spotlight at Chin Chin restaurant. The restaurant has a striking interior and its furniture and décor are highlighted by the tasteful lighting. As for the food the focus is on dishes that originate from China and Japan. So the menu is filled with special offerings such as spicy tuna poke salad and coconut lover which includes shrimp tempura. Among the Chinese dishes are crispy smoked duck and pork lo mein.

Cuisine with distinct Thai flavors is at the heart of the menu at Little Bangkok restaurant. Located in an easily accessible area of the city of Atlanta, the restaurant has a laid back vibe and is an ideal spot for families to have dinner. The menu is stacked with dishes created with recipes that originate from Thailand and China so there is a lot of variety on offer. Among the popular Chinese dishes are egg drop soup and kung pao chicken while the Thai portion of the menu includes red curry chicken and pad thai.

At Mulan Asian Cuisine restaurant the dishes on offer are inspired by recipes from China and other countries including Thailand. The name of the restaurant, however, is a clear tribute to Mulan the heroine who is featured in many tales in China. The restaurant boasts a fashionable and sleek interior that effortlessly draws attention and the seating is similar to that of a pub. Among the dishes on the menu are a variety of specialty rolls such as mango roll, and Godzilla roll while the chef specials include tangerine beef and salt pepper shrimp.

Luxury MidRise Apartment in the Heart of Downtown

At Pacific Rim Bistro the focus is on creating dishes with a pan Asian touch. The restaurant is located in a large space and features a sleek modern design, which makes it an ideal spot for enjoying a relaxing meal with colleagues. Among the specials at the restaurant are the bento boxes, which are presented in a lacquered box that is filled with a mix of meat and chicken dishes combined with salad and miso soup. The restaurant offers different menus for lunch and dinner and has an extensive sushi menu and rolls including shrimp tempura roll.

Noodles are an indelible part of cuisine in several Asian countries and Doc Chey’s Noodle House specializes in a variety of them. The restaurant has outlets at several locations in the city and each is designed to be perfect hangouts for families. The welcoming atmosphere and Chinese décor elements ensure that guests can enjoy their meals easily. On the menu are popular specials such as ramen soup and honey teriyaki stirfry. The dim sum portion of the menu features Shanghai dumplings while among the noodles are crowd-pleasers such as Chinese lo mein.

At Poor Calvin’s restaurant, the focus is on creating cuisine that is a fusion of several different Asian spices and cooking techniques. As for the restaurant it is located in a brightly colored building and the interior has a casual look and feel. Established in 2012 the restaurant offers several dishes that are created with seafood. The chef Calvin Phan focuses on combining western concepts with tastes from the East and uses fresh local ingredients. The specials on the menu include chicken and sweet potato waffles and curry tofu, which guests can enjoy along with unique desserts such as suspension cake and Fuji apple.

Mushi Ni restaurant specializes in offering a variety of street food with a distinct blend of Asian and American flavors. The food at the restaurant is, therefore, a perfect choice for those who are looking to experience global flavors and spices combined with locally sourced produce. Set up by Tanya Jimenez and Michael Le the restaurant uses organic produce whenever available and has several dishes that fall into the “comfort” cuisine category. Guests within the restaurant can enjoy their meals in a relaxed ambiance. As for the menu, it features many vegan offerings such as cauliflower bang bang and beyond-bao stuffed steamed buns. In addition to the chop suey fried rice, the restaurant also offers curry bowls.

The cuisine offered at Rain Thai & Sushi Bar is influenced by authentic recipes sourced from Japan and Thailand. The restaurant has a bright interior while the blue décor and paintings add a fresh touch. The large space is ideal for family dinners and the menu features an exclusive sushi lunch. For those who prefer Thai cuisine, there are several offerings are ranging from pepper steak to green curry. Chef specials on offer include seafood hot pot and pladuk.

At Urban Wu restaurant guests can dine in a laid-back setting that features brightly colored furniture and décor. Food in the restaurant is created with the aid of Chinese recipes passed down over the centuries and comes with authentic taste. The restaurant, however, also combines classic Chinese dishes with modern elements and this is reflected in the menu. Among the chef’s specialties is golden mountain chicken, while classical Chinese elements abound in the pork with scallion and chili. At Takorea restaurant the cuisine is defined by the fusion of various Asian cultures and spices. There are also several elements from Korean cuisine combined with Mexican touches. Chef Tomas Lee is famous for combination style dishes such as Korean tacos which are offered alongside sesame fries and man-doo dumplings. The ambiance within the restaurants is enriched by earthy colors and the walls feature art that highlights the combination of Korean and Mexican elements in the cuisine. Atlanta as a transportation hub has continually been influenced by various cultures from around the world. Asian cuisine with its unique spices and flavors has gradually become a part and parcel of the city, is increasingly popular and continues to absorb local elements and ingredients. 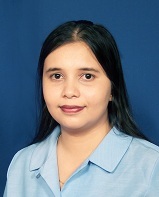