As one of the largest cities in Canada, the seaport city of Vancouver is also one of the busiest and most diverse. While it is known for being one of the most liveable cities in the world, as well as a center of commerce and business in Canada, the city also boasts a thriving music and arts scene - including an exciting nightlife! After all, at the end of a busy day, there’s nothing like letting loose and feeling the beat. Visiting Vancouver soon and ready to hit the club? Check out our picks of the best hip hop bars & clubs in Vancouver, Canada.

Located in Chinatown in what used to the infamous Ming’s Chinese Restaurant, Fortune Sound Club contrasts its gritty, historic location with stylish and modern interiors, as well as top-of-the-line sound systems! This nightclub regularly hosts an excellent lineup of live local bands and boasts lots of room to dance. You can also sing your heart out with your friends in the karaoke room, right around the back. On weekends, the club hosts Happy Ending Fridays & Sup Fu Saturdays - the largest local dance parties, playing the best rap and R&B beats in the city.

Republic is another popular part of Vancouver’s nightlife. This modern, London-inspired nightclub is located along Granville street, where you will find the most popular bars and clubs in the city! Describing their style as “gritty and electric”, Republic is known for their unique sounds - playing the best local and international DJs - as well as their awesome service and VIP treatment. Be sure to check out the Annex, an enclosed bar within Republic, directly overlooking the street; or their ever-popular Reggae Room.

Twelve West is one of the wildest clubs in Vancouver, and one of the best in the country! Recognized internationally at the Top Bar Design Awards, Twelve West is known for its cutting edge design and top-of-the-line equipment. The club boasts the first VO-6E sound system in the region. You can get yourself a VIP table, hang at one of their three VIP sections, or even use the entire 7,500 sq m (696.77 sq m) multi-use entertainment space for your next party.

Venue Nightclub is the perfect combination of a concert venue and a nightclub, often serving as both on the same night! Boasting top-notch lights and sound systems, Venue Nightclub regularly hosts concerts for the country’s top acts. The club has hosted sold-out shows for Major Lazer, Hank Williams III, and David Guetta. Venue Nightclub is also one of the largest in the city - with two floors, the nightclub can accommodate as many as 550 people at a time!

The Red Room is another joint Vancouver for live music. Enjoy the good vibes and all your favorite sounds, as the Red Room plays everything from Latin to EDM! This club is best known for its ‘weeklies’, or their regularly scheduled live shows. You can start the weekend right at their Cancun Nite Fridays and SUBculture Saturdays, where you will catch the best local and international acts! The Red Room also boasts the city’s first state-of-the-art PK BASE sound system, so you can be sure you’re getting the best sounds here. Formerly Joe’s Apartment, Studio Lounge & Nightclub remains a great place to dance the night away in Vancouver! This nightclub is located along Granville Street and it is among the most popular nightclubs in the city. During the day, a part of the club serves as a record store, where you might find your favorite albums. As soon as the sun comes down, though, the club opens its doors, and the 5,500 sq ft (510.97 sq m) dance floor fills with guests. With its high ceilings, huge chandeliers, and booming sound systems, you’re sure to feel like dancing the night away at this luxurious club!

Posted by The Projection Room on Wednesday, April 6, 2016

Located right above the Fox Cabaret is the Projection Room. As the name suggests, the bar once served as a projection room for a movie theater. Designed by local artists and architects, the Projection Room boasts unique, charming interiors in a rockabilly style. With its high-end interiors and modest size, this nightclub is an intimate space that is perfect for a private event or even just a relaxed night with friends, sipping on the bar’s signature cocktails. Be sure to enjoy your drinks with some of their mouthwatering snacks, inspired by your favorite retro movies!

Looking for a place to enjoy alternative types of dance music? MIA Nightclub gives you the best of these sounds, all within a classy and uniquely decorated space. The nightclub plays everything from house music, EDM, and bass from its top-of-the-line Funktion One sound system. Decked in dark wooden accents, rich purples and reds, and even abstract LED installations hanging from the ceilings, MIA Nightclub is a futuristic space where you can enjoy your favorite sounds with your closest friends.

Through the years, Celebrities Nightclub has maintained its legacy as the most inclusive club in Vancouver. The club regularly hosts a wide array of events, from the Search for Vancouver’s Next Drag Superstar to live musical acts like Loud Luxury and Sofi Tukker. With excellent lights and sound systems, each show is sure to be an exciting, high-energy experience. Plus, the club maintains a strict zero-tolerance policy on hate. No matter what type of music you enjoy or what you identify as, you’re more than welcome to party all night at the Celebrities Nightclub!

Inspired by the maritime pubs of old that catered to seafarers and fishermen, The Portside Pub prides itself on being one of the most welcoming and friendly clubs in Vancouver. This pub boasts a charming nautical theme, complete with wooden fixtures and rope! The club is known for its craft beers, which are best enjoyed with a serving of their hearty snacks. In particular, the famous nachos, baked potato skins, lobster rolls are among the pub’s must-try meals!

Enjoy an unforgettable night out in Vancouver Whether you enjoy dancing to the hottest beats or unwinding with some good beer and a relaxed conversation, your night out is sure to be unforgettable at these excellent hip-hop bars and clubs. We hope this list helps you find your next go-to spot on your next night out in Vancouver! 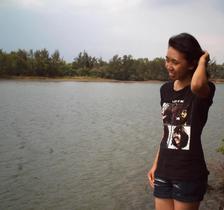