Incredible Game Of Thrones Locations To Visit - You Read It Right!

Game of Thrones is a political potboiler. Being a sensational and the most popular American television series, it has been packing up more followers with every new season. Each of its striking locations makes everyone wonder whether they really exist. The story is known for it’s gory death scenes, bloodbaths and power struggles within families. Being completely fictional, neither the walking dead people nor Emilia Clarke’s hair color is real! Just kidding. Although, the only realistic thing about this series are the exotic locations. It has been shot at various places in Croatia, Iceland, Scotland, Morocco, Spain and Malta. Keep reading to locate them! The meaning of the word ‘Meteora’ is middle of the sky. And it does looks as if it’s suspended in air. A formation of immense monolithic pillars made of rock, these unique and enormous columns of rock rise precipitously from the ground. They are composed of a mixture of stone, sand and mud from streams flowing into a delta at the edge of a lake over millions of years. This place is a mountainous region and in the series, it’s ruled by Aryns of Eyrie with indestructible castles on every high and steep mountain. Source: Photo by user Steve Collis used under CC BY 2.0

This is a medieval stronghold which is located in the village of Doune, and was built in the 13th-century. It was initially planned as a courtyard; it has a large tower house near the entrance which has rooms for the Lord and his family. There is a separate tower allocated for guests and the kitchen. In the series, this is the place where the Starks who ruled the North live with their dire wolves. It is known as the pearl of the Adriatic Sea. Duvrovnik is nestled between the Adriatic and Dinaric Alps. It is a rich and powerful city which has suffered many structural damages during sieges over the years, but has been recovered now. In the series, The King of the Seven Kingdoms resides here, and it’s the site of the Iron Throne and the Red Keep. Source: Photo by user Kyle Monahan used under CC BY 2.0

The meaning of this name is sea inlet. It is known for its outstanding beauty and remote location, with amazing views across other islands. It’s often used for hiking from Baycastle, with its exciting hairpin curves, but you need to be careful since the roads are slippery. In the series, it’s under the leadership of the unyielding and harsh Greyjoys of Pyke; these unrelenting peoples are known to be ship-builders and pirates, and their culture is linked with the sea. Sibenik is a political, educational, transport, industrial and tourist center. It appears gleaming white against the placid waters of the bay. In the series, Braavos is one of the Free Cities; it’s the richest and arguably the most powerful of the Free Cities. A giant statue known as the Titan of Braavos guards the harbor entrance to the city. Source: Photo by user Cat used under CC BY 2.0

This place is my personal favorite. If you want to know what heaven looks like, this place is a must-visit. It is one of the most representative monumental compounds in the city. The fortress’ intricate architecture is anything but dark. In the series, it’s ruled by the Martalls of Sunspear, and they have the most liberal customs; women are equal and can sit on the throne, homosexuality is not condemned and they are known for their exotic spices, wine, rituals and way of living. Most of the kingdom is filled with deserts. This is a medieval fortress situated above a village, and it was a seat of many Croatian Kings. The fortress is well preserved and impresses visitors with how well-fortified it is. It is located in a hard rock which is the biggest defensive structure in Croatia. In the series, it is one of the greatest of the three great cities of the Bay of Dragons, north of Yunkai and Astapor. The wealthiest people live in pyramids.

8. Entrance To The House Of The Undying: The Minceta Tower, Dubrovnik This is one of the most prominent and most visited Dubrovnik protecting tower, as well as the highest point of its defense system. It was named after the Mencetic family who owned the ground on which the tower was built upon. It is more of a decorative tower than defensive. In the series, it is the headquarters of the Warlocks of Qarth. It is a large tower without any visible openings. Many enter, but few come back out.

9. North Of The Wall: Vatnajokull, Iceland Vatnajokull is also known as the Vatna Glacier in English. It is the largest and most voluminous ice cap in Iceland. It covers about 8% of the country. In the series, the wall is along the northern border of the Seven Kingdoms, defending the realm from the Wildlings and Whitewalkers who live beyond. The Wall is reported to be over 700 feet (213 meters) tall and is made of solid ice. Grjótagjá is a small cave in the Lake Mývatn area and was a popular bathing place at one time. But due to geological activity, the temperature of this pool has risen and it’s not used for bathing now, but one can always dream. In the series, this was Jon Snow’s and Ygritte’s love nest.

Travel to the world of Game of Thrones

Game of Thrones fandom is spread across the world, and the series would not have been so realistic without these startling places. When our favorite series meet our travel goals, it’s almost impossible to wait for the next vacation! 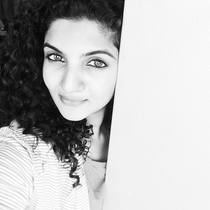 She has a Bachelor's Degree in Engineering and travelling is her passion. She runs a Lifestyle website called Life Simplified 101 which you can check out in the link above. She finds writing...Read more
Want to contribute as a Local Expert?
Register Here
Hotels
Lowest Price Guarantee