Nestled below the scenic Rif Mountains in northern Morocco, Tetouan is a small city that still exudes the charm of an authentic Andalusian city. Its relatively untouched medina (Old Town) is a UNESCO Heritage site with an atmospheric feel that will take you back in time. Wander around surrounded by striking historic buildings restored to display stunning Spanish architecture with beautiful facades and embellishments. The city is also well known for its delectable cuisines, a unique blend of Spanish and Moroccan styles. If you want to enjoy nature, then there are options like hiking and bird-watching in nearby natural reserves like Talassemtane National Park. Read on to find out about the best things to do in Tetouan, Morocco. Get insights into Tétouan’s pre-Islamic roots at the Archaeological Museum located close to Place Al Jala. This museum is dedicated to exhibiting artifacts found in archaeological digs in Northern Morocco, as well as the ruins of the Roman city Lixus. You will find here a good collection of pottery, tools, mosaics and bronze objects among other things. Be sure to spend time exploring its garden, which showcases several large mosaics. One of its not-to-be-missed displays is the stunning Roman mosaic of The Three Graces.

You can’t miss visiting Tetouan’s only church, Iglesia de Bacturia, a bright yellow colored building located on Place Moulay El Mehdi. Built in 1917, the church is a remnant of the Spaniards’ early presence in the area. The church is still active, with mass being held every day and its bells ringing on the hour. The decor is simple though you will see a blend of both Spanish and Moroccan design patters across the building.

Riads are traditional Moroccan houses that feature authentic decor and furnishings. Located close to the Royal Palace, this riad is a popular landmark in the city, having been featured in several films. There’s a restaurant inside that’s a great place to sample traditional Tetuani cuisines as well as Spanish dishes. Spend some time here to appreciate the beauty of the interiors that showcase a mix of traditional Moroccan and Spanish styles featuring stunning chandeliers, tapestries and ceiling carvings. The riad also acts as a hotel offering five guestrooms.

Held every year in March, the Tetouan International Mediterranean Film Festival celebrates the best of Mediterranean cinema. The fest lasts for around 10 days, during which time, a varied selection of films and documentaries by Mediterranean artists is shown in venues across the city. The film festival also awards artists across numerous categories including best film, best actor/actress, best documentary among others. Discussions and interactions with luminaries from the film, media and art world are also organized.

Earlier known as La Table du Marché Mdieq Tetouan, Lorizon is a restaurant renowned not only for its seafood dishes but also its unique setting. Located over water and linked to the dock by a pathway, the restaurant offers magnificent sea and city views that are not to be missed. The dishes to try here include calamari and paella.

6. Learn about Tétouan's culture at the Ethnographic Museum Set inside the former fortress of the Sultan Moulay Abderrahman, the Ethnographic Museum is dedicated to highlighting the ethnic traditions, culture as well as artistic treasures of the region. Inside the museum, you will find displays of antiquities, costumes, crafts, jewelry, weapons and mosaics that showcase the rich heritage of the local Moroccan community. One of its top features is the Trousseau Room, which has collections related to a traditional Tetouan marriage - clothing, bridal wear, gifts, musical instruments, are all displayed here. Take the opportunity to experience the standout flavors of Moroccan cuisines during your visit to Tetouan with a food tour. You can sample authentic dishes guided by a local enthusiast who will give you an insider understanding of the cultural and historical aspects related to the city itself and the food too. Savor local specialties including desserts, street food and a traditional meal as you explore top culinary spots of the city as a part of the tour.

8. Admire the local art at Tetouan Museum of Modern Art

The building that houses the Tetouan Museum of Modern Art is in itself a striking sight. A former railway station of Tetouan, it features traditional Morrocan windows and Spanish castle-influenced design. The brightly lit museum contains five exhibition rooms featuring a range of paintings and sculptures by notable Moroccan artists across different styles, such as contemporary, abstract and impressionistic. The museum’s verdant garden is also a favored spot for visitors to relax.

9. Admire Spanish-themed buildings along the Ensanche Stroll along the wide boulevard of El Ensanche to appreciate the restored beauty of bright Spanish-pattern colonial buildings that line the street. Restored recently, the street goes from Place Al Jala to Place Moulayel-Mehdi close to Ave Mohammed V, and it has hotels, restaurants and a broad range of commercial establishments. Pay attention to the architecture of the buildings to see the varied architectural touches including the art-deco elements.

A workshop about Old World Monkeys (which includes macaques) is being organised by our supporter GaiaZoo in The Netherlands in 29th June - 1st July. Find out more from the poster.

The Barbary Macaque Awareness & Conservation works in the region to protect the endangered Barbary macaque. Along with working actively in the field towards the conservation of the species and its habitat, the NGO also conducts a variety of educational programs like workshops for children and adults, which are worth a visit if you are a nature lover.

An exotic location you won't forget

This list of the best things to do in Tetouan, Morocco is a wonderful way to experience all that this historic city has to offer. In addition to these, chalk out some time to explore the souk district that can be found inside the medina. This colorful market has a whole range of shops selling anything from clothes to spices as well as jewelry, making it the perfect place to buy souvenirs to take back home! Even if you do not want to buy anything, the market is a good place to observe the local way of life. 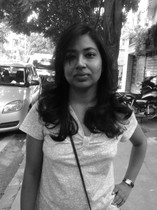 Writing and travelling both bring joy to Sowmya's life. Her favourite destination so far is Bhutan. A land of incredible beauty! And her favourite style of travelling is solo backpacking!...Read more
Want to contribute as a Local Expert?
Register Here
Hotels
Lowest Price Guarantee

Explore Tetouan
Good things are meant to be shared!