8 Attractions In Porto Alegre, Brazil Not To Be Missed

Porto Alegre translates to “Joyful Harbour” and is the largest city in Brazil’s Rio Grande do Sul. This cosmopolitan city is home to generations of immigrants from all over the world, including Spain, Italy, the Arab states, and Germany. These diverse influences add layers to Porto Alegre’s already rich history and gaucho culture. Read on to learn more about 8 popular attractions in Porto Alegre! The Metropolitan Cathedral is arguably the most iconic attraction of Porto Alegre. Situated in the middle of the city, this awesome architectural landmark can’t be missed. All around the cathedral, you will find mosaics depicting religious figures such as Mary, St. Peter, and Pope Pius. Crystals embedded in the beautiful mosaics contain up to 10,000 shades, from bright turquoise to rich golds. Meanwhile, the altar features a breathtaking sculpture of Virgin Mary cradling an infant Jesus. Even if the religious imagery is foreign to you, the sheer beauty of the architecture will surely enchant and amaze. The humongous public market is a great place to spend an afternoon – and you’ll need that whole afternoon or more to cover it! Multiple renovations were conducted to expand and maintain the market, even adding on a second floor. As the city’s oldest public market, you can find lots of traditional food and craft items. Also hidden within the public market is the famous Restaurant Gambrinus, which has been serving up delicious seafood for more than 100 years! Commonly referred to as “Margs” (an abbreviation of the Museum of Art of Rio Grande do Sul), this is an attraction not to be missed, especially for art lovers. The museum opens from 10 am to 7 pm and showcases a rotating gallery of work, from more traditional to contemporary to abstract pieces. If you’re lucky, you may even be able to catch musical performances at the museum. With no entrance fee to this museum, there’s even more reason to pay it a visit!

Apartment with every comfort

Cute little appetizer for up to 4 people

4. The Bohemian District of Cidade Baixa Cidade Baixa is one of the most vibrant areas to visit in Porto Alegro. Come during the day to wander around well-preserved old buildings, check out little bookstores and clothes stores, and sip on coffee at the many cozy cafes. At night, you can hop between the numerous bars and catch some great live music. Bahamas Cidade is a popular bar in the area that provides an accepting environment for the LGBT community. Beer lovers should also keep The Apolinário on their itinerary – this bar carries more than 100 craft beers and hearty bar snacks. Already lively all year round, the area becomes extra crowded during the summer. During this time, carnivals and festivals are organized regularly and the streets fill with thousands of people out to enjoy their summer nights. Sports lovers would likely already know of this arena, as it has hosted some incredible matches over the years. In 2012, Ronaldo and Zidane squared off in their Match Against Poverty. In 2013, Brazil and France also played a showcase match which drew in massive cheering crowds. Aside from sports, the Arena has also been chosen as the venue for music events and festivals, headlined by the likes of Coldplay, Pearl Jam, and Nicky Romero. This popular park is frequented by locals and tourists alike to have a walk, play some sports, sunbathe or have a picnic. Within the huge grounds are a lake with pedal boat facilities, an amusement park, a little zoo, and plenty of jogging and bicycle paths. As you explore the park, keep an eye out for the exotic plant species, including local flora such as jacaranda, chal-chal and even cocoa. However, visitors are not advised too go late at night due to concerns about safety. On Saturdays, head down to Farroupilha Park for Porto Alegre’s most famous farmer’s market. Hundreds of organic farmers congregate in the park with their wares. Fresh produce like vegetables and fruit are widely available, in addition to homemade snacks like cold pressed juice and more. If you’re looking for a healthier alternative to pesticide-clogged and processed foods, this is the place for you. Also known as São Pedro Theatre, this landmark attraction of Porto Alegre has been in operation since 1858. While on the smaller side, this theatre nonetheless boasts comfy seats and outstanding acoustics. The size of the theater also means you will be relatively close to the stage no matter where your seat, all the better for watching the performances and listening to fabulous operas, dramas and concerts. If you’re looking to experience the culture of Porto Alegre, you must visit!

Porto Alegre, the metropolis of Rio Grande do Sul With so many things to do in Porto Alegre, we hope this list has been helpful in making the most of your time in this beautiful, unique city. 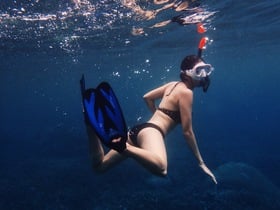 Benita aspires to live like the sloth - a peaceful vegetarian at harmony with the world even when turned upside down.
Want to contribute as a Local Expert?
Register Here
Hotels
Lowest Price Guarantee

Explore Porto Alegre
Good things are meant to be shared!