Top 8 Reasons Why Every Traveler Should Visit New Zealand

New Zealand was ranked among the top travel destinations in Lonely Planet’s ‘Best in Travel’ book in 2014. It is not hard to see why; with beautiful landscapes, friendly people and plenty to see and do within one country, it is a must visit! When it’s outdoors you’re into, or snow, wildlife, thermal activity, and beaches, New Zealand has it all. From white sandy beaches on the East Coast to glittering black sand on the West Coast, volcanic mountains and thermal activity in between there is so much to see and do.

While New Zealand may not be the most accessible place to go, it is well worth traveling to and should be on every traveler’s bucket list. Here are the top 8 reasons why every traveler should visit New Zealand.

1. It has no poisonous animals That’s right, New Zealand is pretty safe in terms of dangerous and poisonous animals or insects! There are no massive scorpions or snakes waiting for you in the native bush or forest. The one and only poisonous insect is the very rare katipō spider, similar to the Australian red back spider. Sightings of this small critter are so rare that most New Zealanders have never seen one except for in a museum. So the chances of you encountering one in the wild would be like finding a needle in a haystack, very very rare!

That means there is one less thing for you to worry about when you’re out exploring! Perfect for nature lovers, New Zealand is made up of 15% native bush land and another 1 third is national parks and reserves, so you won’t travel far without seeing nature. Even New Zealand’s largest city, Auckland is still relatively ‘green’ compared with other larger world cities. Anyway, just a short 30 minute drive out of the city you will stumble on the Waitakere ranges, covered in native bush and forest.

The scenery is amazing and of course there are many well-known walks that get you up close with nature. Look out for native New Zealand birds such as the tui and fantail, which are common throughout New Zealand.

The top places to explore the beautiful natural environment of New Zealand include Milford Sound, the Abel Tasman Track, Mount Ruapehu, and the Whanganui National Park. New Zealand is littered with dormant volcanoes; there is nothing more exciting then climbing to the top to peer down into what was once an active crater. They make for stunning scenic photos and excellent walks!

The Taupo Volcanic zone has a high concentration of volcanoes, hence all the thermal activity in the surrounding areas. Mount Ruapehu is the largest and probably the most popular in the North Island, as it is very popular for snow sports, hiking and soft trekking.

Another great dormant volcano to see is Rangitoto Island; the iconic landmark can be seen from viewpoints all around Auckland where it is located in the harbour. You will need to catch a ferry to get here. The name Rangitoto is Māori for ‘Bloody Sky’. The walk takes you up the side of the volcano through dense native bush to the top where you can see into the deep crater. There is a lot of interesting history about Rangitoto and New Zealand’s other volcanoes so make sure you top off and read up about it all at the Auckland Museum.

If you’re a bit of a thrill seeker and adventurer, you’ll be glad to know that not all New Zealand’s volcanoes are dormant. In fact there are some pretty active ones that you can get up close and personal with, too. White Island (Whakaari) in the Bay of Plenty region is a great one to visit. You can find frequent tours and helicopter flights here and you are also able to land on the actual island and see it puffing away.

4. Just for the peace and quiet So, yes, you’ve read all about the natural landscape and fascinating scenery, but another great thing about New Zealand is the low population. New Zealand’s population is only 4 million, and 1.4 million live in one city, Auckland. Thus, you can imagine how quiet and peaceful the entire country is! You truly can enjoy activities and places without the usual throngs of crowds that can pack an area and make it simply unenjoyable.

If you enjoy a little alone time, there are a million places you can go and enjoy all on your own. It is not unusual to sometimes be the only person on the beach, yes you can get an entire beach, and sometimes coastline, all to yourself!

Seriously, is there a better way to truly relax? New Zealand is the definition of peace and quiet!

5. You can fish, swim, snowboard, ski and more! New Zealand’s unique environment means that there are endless outdoor activities to enjoy. In a single country you can go from surfing on at beach with white sand, to hiking in the snow, to strolling along a black sanded beach all in one day! Just to give you an idea of how easy and do-able it is, here’s an itinerary for a North Island coast to coast outdoor adventure guide (doing this on the South Island may take a little longer!)-

7 am: Go for a walk on an East Coast Beach such as Papamoa in the Bay of Plenty.

8 am: Drive to Taupo (2 hours, 15 minutes, you will get to drive past the thermal area of Rotorua)

12.30 pm: Have lunch at Knoll Ridge Cafe on Mount Ruapehu in the actual snow (if it’s winter time, if it’s summer you have to go to the peak to see snow)

3.30 pm: Go kayaking on the rivers there (Whanganui River or Waiwhakaiho River in New Plymouth).

4.50 pm: Drive about 10 minutes from the river (Whanganui River or Waiwhakaiho River in New Plymouth) to black sandy beaches and enjoy!

As you can see, between both the North and the South Islands, the amount of outdoor activities to do in New Zealand is endless. Besides the example itinerary, don’t forget about trout fishing in Rotorua, hot thermal beach spas in the Coromandel Peninsula, sky diving in the Coromandel Peninsula, bungy jumping in Queenstown, white water rafting in Taupo on the Waikato River, a boat cruise through Milford Sound, a hike through Abel Tasman National Park … the list could go on all day! At each destination there is a pile of outdoor activities.

So calling all adventurers … Particularly in the North Island, travel between major cities is short and sweet, usually around two hours! Unless of course you’re going from Auckland (in the north) to Wellington (in the south), which will take you around 7 hours, but you pass through some major towns on your way there, too.

New Zealand is one of the best places in the world to road trip around! The travel distances between each large town is very minimal, meaning you get to see so much in such a short amount of time. The entire North Island and the coasts of the South Island can be seen in a week, so two weeks of jam packed travel and you’ve seen an entire country!

7. Meet a kiwi - no not the people, the flightless bird! The kiwi is an iconic symbol of New Zealand’s identity, so much so that you can refer to the people of New Zealand as ‘Kiwis’ too. A kiwi is really a flightless bird, native to New Zealand. These special little creatures are about the size of a chicken, have a super long beak and lay the largest egg compared to their body size in the world.You can see these birds up close in different places around New Zealand, but one of the best places is the Kiwi Birdlife Park in Queenstown, South Island. At Kiwi Birdlife Park, you can see these birds up close, and view live demonstrations and presentations about the kiwi and other native new Zealand species! There is no justification needed here, New Zealand’s scenery is epic! From pristine stretches of coastline, to massive snow capped mountains, crystal clear lakes and rivers, to the dense forests, the environmental features and stunning natural landscapes are New Zealand’s biggest attraction.

That’s probably why some major Hollywood movies have been shot here, like the Hobbit and the Lord of The Rings Trilogy in Matamata and various spots around the South Island, as well as The Chronicles of Narnia in the Coromandel Coast. Apparently singer Taylor Swift just shot one of her music videos here on Waiheke Island too!

New Zealand’s South Island is the place to go to see New Zealand’s famed scenery, like the Remarkables, or Mount Cook,also known as Mount Aoraki in Maori.

It goes without saying to bring a really good camera with you!

The reasons are endless

There are hundreds of reasons to visit New Zealand, but these have to be the top 8! It goes without saying that the biggest feature is the landscape and natural scenery. While getting here may prove to be a bit of a mission, it is well worth it! 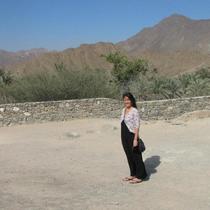 Mady is lucky enough to live in the beautiful beach side suburb of Papamoa New Zealand. She enjoys the beautiful outdoors, crafts, interior design and of course travelling! She has been lucky...Read more
Want to contribute as a Local Expert?
Register Here
Hotels
Lowest Price Guarantee

Explore New Zealand
Good things are meant to be shared!