If you are among the curious travellers who would always be excited to discover exotic unknown places that lie far off the beaten path, come to Northern Europe. Located in the Baltic region, Finland remains an unpopular destination in comparison with the neighboring countries, such as Sweden and Norway. However, this country is stereotypically known as being a cold and dark land with lots of ‘metalheads’, yet it has a lot of interesting quirks that every true explorer should experience. In this article, I will talk about why Finland made me attached to the country after having lived and traveled here since 2011.

Magic of the Northern Lights 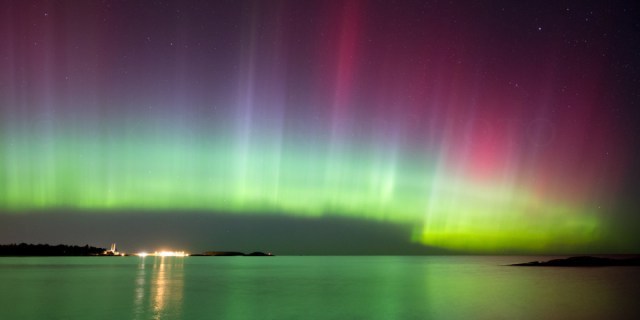 You have probably already put ‘watching the Northern Lights in Iceland’ on your travel bucket list, or ticked it off already, but hunting for the Aurora in Finland is different in several ways. It is usually includes an adventurous trip to the wilderness, mastering snow-sports, or riding huskies in the Arctic. Without paying an extravagant amount to watch the dancing lights from a luxurious igloo, you can still be blessed enough to see Northern Lights from Rovaniemi (the capital of Lapland) or even in the South in the capital city Helsinki on days when the skies are dark and clear enough. It is thrilling, yet requiring lots of patience and luck.

Even cities are surrounded with natural landscapes Travellers who are into nature photography and outdoor activities may not be as eager to travel to Finland, but instead are more interested in conquering more famous places like the Alps. Nature is something you can find daily while wandering around the city, let alone the suburban areas. Even in the capital Helsinki, plenty of parks, lakes, and ’mini-forests’ surround and dominate the city - versus the skyscrapers and office buildings. Finland is called ’the country of a thousand lakes’ for a reason! You will be surprised how important fresh air and personal space is, as soon as you leave the country.

Finns are proud of their drinking and partying culture If you ask a Finn what they would do on their graduation day, national holidays, or simply a random winter date, the most typical answer you get would probably be “Drinking”! Heavy alcohol is favoured by many young people, such as Finlandia Vodka Salmiakki Koskenkorva made of liquorice, Koskenkorva or Kossu vodka, and Minttu vodka, with a mint flavour, can be either exotic, or disgusting! Partying in Finland can be really fun after midnight when Finns are less sober and more open to you, but make sure not to drink too much during your trip. True travellers do not go sightseeing with hangovers, and secure their travel safety in any tempting situation.

It is an absolutely safe country to travel Despite how often you can find drunk people on the street on a random weekend in Finland, it is actually a highly safe country to travel to even for solo females. I go home alone after parties a lot, and have never experienced any possible dangerous situations. Scams and getting ripped off as a tourist is not a common issue here, though the basic travel expenses are already expensive. The Finnish society has a quality living standard, high average income, but also high tax percentages.

Finnish education is one of the best in the world Source: Photo by user Bernt Rostad used under CC BY 2.0

Despite being known as partiers and metal music addicts, Finns excel in school. Their education system is ranked among the top 10 in the world. The equality of education received by each citizen, including both Finns and international students, is emphasized. Though Finland is not a very multi-national country, expat groups and foreign students are well connected via Facebook groups, such as Couchsurfing in Helsinki. Finns are also very digital-savvy, keeping in mind that they are the inventors of Nokia and Angry Birds among dozens of other huge tech companies in the Nordic region. Thus traveling can be digitised here, as you can secure the booking of any sort of ticket, tour, and accommodation online in advance.

The phenomenal sauna culture is addictive One of the things people miss most after leaving Finland is undoubtedly the sauna! This may sound strange but people here love being soaked in sweat in the 60 to 100 Celsius degree (140 to 212 Fahrenheit degree) wooden room every week. The Finnish way of going to a sauna cannot be found anywhere else, and it can be easily and quickly addictive. Finns usually go to a sauna completely naked.

The traditional Finnish way is with a wood stove sauna - the metal stove with stones on top is heated with firewood, then evaporates the water thrown on them into steam that rises to the bathers. In the city apartments, an electric sauna stove is more common as it does not require wood to burn. Every MidSummer’s Eve, Finnish families go to their summer cottage,a wooden house with the traditional sauna typically lying nearby a lake, so people can swim, enjoy the sauna, and grill at the same time on these short sunny days. Saunas during the winter are more thrilling, as many people usually jump into the ice-cold snow or lake afterwards.

It is literally possible to find a sauna everywhere, keeping in mind the fact that there are over 3 million saunas for about 5 million inhabitants! Almost any typical Finnish household has their own private sauna. There’s a public sauna in mostly every city apartment building, most of which are accessible at least twice a week in different timing for males and females. Every swimming pool has one or two sauna sections, including a steamy and a regular one. A sauna is not a luxury, but rather a necessity - an integral way of life in Finland!

Unlike the romantic Paris, alternative Berlin, or splendid Venice, Finnish cities don’t attract people by first look. It takes time and effort to discover the hidden charms in Finland, and getting to know local people who can be kind and funny, but shy at the same time. Once you stay in the country long enough to adore the famous local designs, enjoy the comfort of public transport and be familiar with the Finnish lifestyle, it will be difficult to leave!

Explore Finland
Good things are meant to be shared!