A Slice Of Los Angeles: Wilshire Boulevard From Downtown To Koreatown

Wilshire Boulevard, a street that stretches more than 15 miles across a vast expanse of neighborhoods, freeway interchanges and socio-economic cultural shifts, is a great way to experience Los Angeles from A to Z. Walk the first five miles of the 15-mile stretch to experience a slice of cities all over the world. This tour will take you from the midtown Financial District to the Central American hub of Westlake and all the way to the far east in Koreatown. Between the epic One Wilshire high rise and the 110 freeway is the posh Financial District of Downtown. You’ll be surrounded by modern skyscrapers here, mostly built in the 1980s and 1990s, but if you look carefully, you’ll discover a bit more of the historic side of Wilshire Boulevard, which became a city thoroughfare in the early 1920s as the city expanded westward.

Just off Wilshire, one of the city’s first great public buildings is a must-see. Stop into the Central Library two blocks north of Wilshire on Flower Street to see the 1926 Art Deco historical monument devoted to learning. The building’s architect, Bertram Goodhue, is best known for San Diego’s Spanish Colonial style Balboa Park, but the library building’s sleek, pyramid-like design recalls ancient desert landscapes. It’s easy to see how the building, in 1926, seemed to erupt out of the sands of time. Now, it’s one of the area’s shortest structures, but still the most beautiful. Docent-led tours are available Monday through Friday at 12:30 pm and Saturday at 11 am and 2 pm.

See the other side of the coin at Wilshire and Figueroa Streets, where the epic Wilshire Grand Tower is currently under construction. When it’s completed in 2017, it will be the tallest building west of the Mississippi, making it Los Angeles’ most modern city landmark. 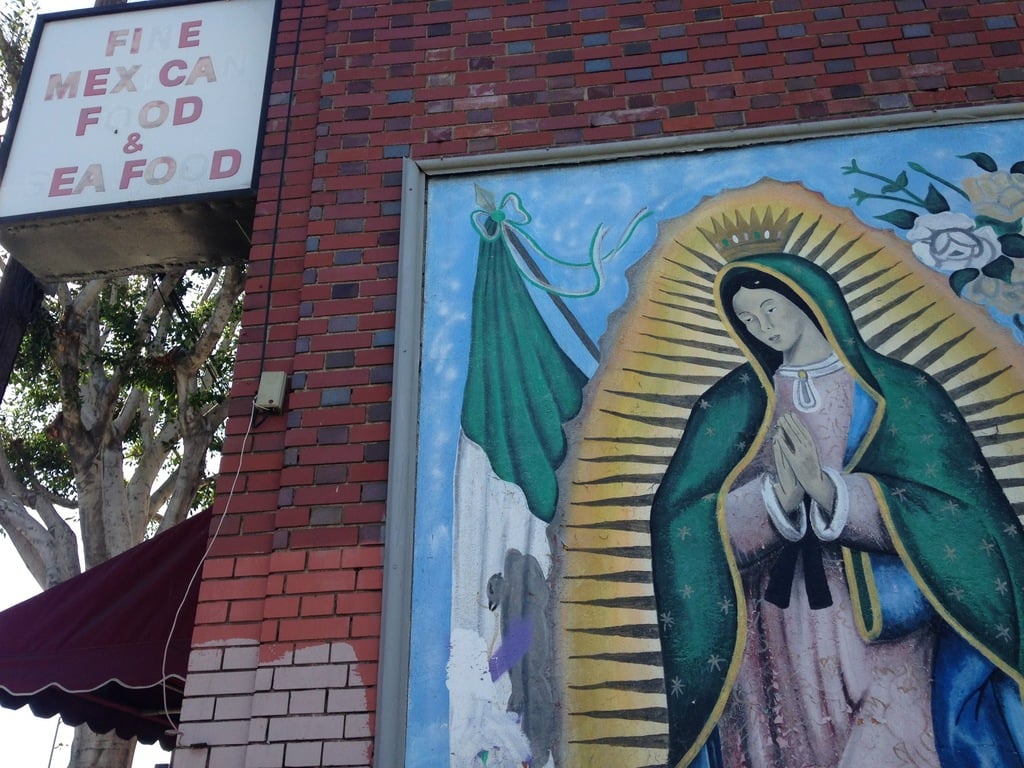 Cross a giant bridge above the screaming freeway traffic and head west as the skyscrapers melt into the background. Check out the swap malls, sidewalk tamales and Salvadorian restaurants to get a flavor for the neighborhood. Then, watch an epic game of chess in MacArthur Park, the hub of the neighborhood of Westlake.

The highly Salvadoran and Guatemalan immigrant population here tells some of the story of Latino LA, a place where ethnic communities spring up in neighborhoods that once belonged to other ethnic immigrants, each group putting their own cultural stamp on a city where they’ve come to make a new life. Stop at the top-rated Salvadoran pupusa restaurant, Los Molcajetes, for a mouthwatering masa pancake filled with spiced meats, beans and cheese. To dig further back in time, check out Langer’s Deli, a Jewish pastrami joint that’s been in the family-style food business since 1947. Melting pot it is. 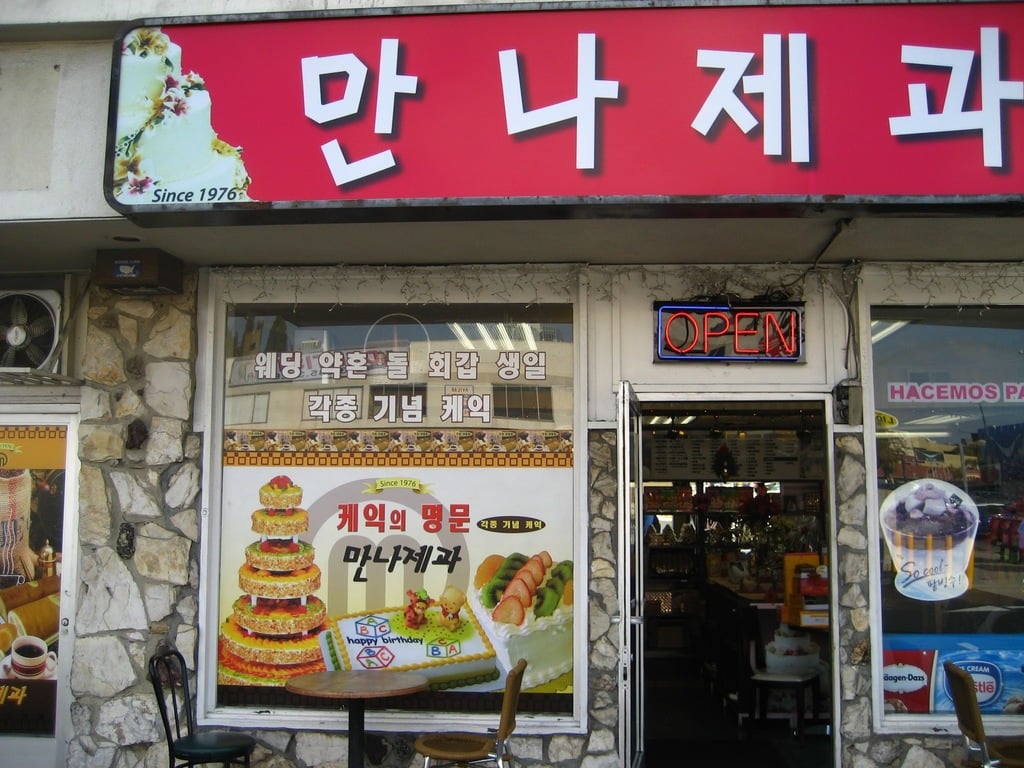 Once a popular destination for Art Deco apartment-residences in the 1940s and 1950s, Los Angeles’ Koreatown gave way to a wave of Korean immigration in the 1960s. After the 1992 LA Riots destroyed many Korean-owned businesses and buildings, a flood of investment from South Korean conglomerates started to rebuild the area, strengthening the Korean culture here even as Angelenos from all ethnic backgrounds started to discover the neighborhood.

Stop off at Wi Spa for a day reminiscent of the Korean bathhouse - hot and cold pools, showers, plenty of scrubbing and soap and heated wood floors, or check out the facility after you’re finished on your grand walking tour.

For a more contemporary take on Korean food, stop in at The Line Hotel, a swanky joint that blends modern Korean architecture with a taste for French renaissance furniture and Angeleno craft cocktail style. It’s biggest attraction is Roy Choi, a Korean-Angeleno food truck pioneer whose divine eats form the backbone of the hotel’s culinary service. Check out the lobby bar or the greenhouse Commissary restaurant for some of Choi’s signature fusion dishes.

Round the day off by singing a tune or two at the Brass Monkey, K-town’s favorite karaoke joint. You can embarrass yourself in front of strangers with a heartfelt rendition of “My Heart Will Go On” every day, starting at 4 pm.

Around the world on Wilshire Boulevard

A day on Wilshire can take you from 1920s Los Angeles to 21st century Seoul by way of Central America. Stop to eat great ethnic foods, look at the evolving architecture - from Art Deco to modern glass towers - and discover the diversity of this special American city. You’ve got a lot of ground to cover in five miles, so lace up your boots and start walking!