The Best Craft Beer And Ale Pubs in Oxford, UK

There are over 139 pubs in Oxford, UK, so how do you know which are the best ones for a craft beer or ale? To save your fingers the Google search time or your feet from wandering aimlessly around Oxford streets, we’ve done the leg work for you. Here is the top 10 craft beer and ale pubs in Oxford. As one of the historical capitals of the UK, there is plenty to see and do, so visit our blog on the top activities in Oxford and then after a busy day choose one or more of the pubs below to wet your whistle.

1. Thirsty Meeples; board games, laughter and over 20 craft beers First on our list: part pub, part cafe, part games center. We hear you, surely it’s trying to be too many things at once, but with a selection of over 20 beers to choose from, we’re letting it go. To be honest, two beers in at this great venue, you’ll soon be wishing that all pubs had this cafe environment or that all cafes offered a pub-worthy beer selection. Either way, Thirsty Meeples is a winner.

So how does it work? Simple. You pay a cover charge of £5 per person ($6.50) and then you’re free to play as many games as you want. With over 2,500 titles to choose from you’re bound to find something to beat your friends at. Want a sneak preview at the games on offer? Head over to their website for a full list.That’s it, you’ve invited your friends, chosen your game now the big question… what to drink.

On tap, they offer two local draft beers from Loose Cannon Brewery and one from the classic London Meantime brewers, a firm favorite in England. Draft beer options on average will cost you £4.50 ($5.80)a pint. Want something a bit more tropical? Thirsty Meeples also caters for an international taste bud with craft ales from Norway, Iceland, Belgium and even ‘Kona Big Wave’ from Hawaii, with a bright hoppy taste it’s a perfect summer choice.

Another firm favorite is the slightly more expensive, at £5.50 a bottle, ‘Why Kick A Moo Cow’ from Bristol. To be honest we purchased the first one for the name but the second one for the taste!

2. Fancy a taste of the USA, head to Jericho Tavern A somewhat bohemian pub located just outside the old city gates of Oxford. A firm favorite with locals and tourists alike, whether they come for the beer or the many musical events that the pub run; they have in fact played host to Supergrass, Radiohead and RideSix.

Grab a seat in covered garden out the back, or on one of the plush red leather seats inside and let us tell you about their selection of beers and ales. Jericho are proud of their selection which features a number of small local cask brewers, innovative craft masters and some well-known beers from around the world.

We recommend grabbing a BrewDog bottled beer as you listen to the live music, or try one of the two gluten free beers on offer. Their drink menu changes as they add more choice and variety but previous US favorites include: Brooklyn Lager, Sierra Nevada Pale Ale, Pinner IPA and Flying Dog IPA.

For those in the know, Beerd is generally known as Oxford’s most forward thinking beer bar. Inspired by craft beer bars in the US, they change their list frequently and offer beers in one-third, half, two-third and pint measures. This means that you can test more from their impressive range on offer, just a note that some of their more unique beers may cost more than a regular pint, but we think it’s worth it.

We’ve never had one, but we’ve been told that the Pizzas are also pretty good. Just in case you happen to try one too many of the beers on offer. So sit back, enjoy their rustic wood furniture, jam-jar light shades and craft beer with a few friends.

After spending a day walking around Oxford, the St. Aldates Tavern is the perfect pit-stop. With six draught ales (with the occasional guest beer on the bar) and five rotating craft beers there’s a wide selection to choose from. We recommend the Innis and Gunn Rum Cask bottle at £4.25 ($5.54).

This pub is popular during the sporting season due to their large screen TV so if this isn’t really your thing we’d recommend trying one of our other options on the list. However, if you like sport and beer then you won’t find a better pub in Oxford! Alongside its great selection of drinks, St. Aldates Tavern is also popular for its ‘Meet The Brewer’ events, which it hosts sporadically throughout the year. All of the events can be seen online.

5. For a local tipple head to The Chester

This pub might not look like much on the outside but step inside and you’ll be welcomed with a fantastic atmosphere, a delicious kitchen menu and three cask pumps with a focus on local brewers.

Tucked down a residential side street this pub is home to many locals and people who are visiting for one of the best steak dishes in Oxford. One of our favorite drinks to date here has been the Beatnik Pale Ale but we also recommend testing their selection of Loose Cannon ales and beers from Oxfordshire.

6. Grab a BrewDog at the City Arms

A sports center gastropub fit with pool table and fruit machines. Its five keg taps regularly feature BrewDog beers rarely seen on-draught outside the brewer’s own bars. Alongside the regular BrewDogs their craft beer range constantly changes and will always have some real crackers to tickle your taste buds. Some of the stronger beers are served in 2/3 pint sized glasses and draught beer prices range from £4.40 ($5.70)upwards. One of our firm favorites is the F.U.Bar from Tiny Rebel Brewery in Wales, made with American Hops.

Alongside the draught beers you can also buy your favorite craft beer in cans, always adorned with interesting art. What’s more, is that on a Friday from 5 p.m. they host a ‘Clash or Cans’ style happy hour where all the craft beer cans are £3. Apparently serving Oxford with beer since 1242 our list just wouldn’t be complete without this Fullers pub. Here, among the usual ales and beers on offer including HSB and London pride you’ll also find a selection of local beers and ales on tap, such as Prospect, from the Shotover Brewing Company in Oxford or looking further afield you can enjoy The Southern Star from Australia.

It’s a quaint, small pub so be prepared to overspill into the beer garden on a busy day. But, hey beers are best shared with good company right, and there is always a great atmosphere in the Bear Inn.

8. Have a pint with J.R.R. Tolkien in Eagle And Child A popular Nicholson pub is a popular spot for tourists who are aware that J.R.R. Tolkien, C.S. Lewis and fellow writers met here and dubbed themselves ‘The Inklings.’ They also nicknamed the pub 'The Bird and Baby,’ but to be honest, we’re not too sure why.

Eagle And Child are serious about their cask ale and so you’ll find tasting cards for each of their ales on draught. The ales are seasonal and for the most part, regionally sourced so there is always something to make your taste buds happy. Although the Turf Tavern is hugely popular many people struggle to find it, so make sure you have GPS set before you set off. You won’t be disappointed, we’ll give you a helping hand. Stand under the Bridge of Sighs, turn around 360 degrees and you should see a sign, or you can access it via Holywell Street down Bath Place opposite the Holywell Music Rooms.

Once you find it you’ll be met with 3 regular ales on draught and eight guest ales. Check out their online ‘Ale Library’ to decide what you want to have before you arrive, or chat to the knowledgeable staff for their recommendations.

One of our favorites is the Hop Air Balloon which comes from By The Horns brewery from London. Its fruity hops are a nice accompaniment to any relaxing lunch.

10. Daily guest beers means there is always a reason to visit the Royal Blenheim As they say on their website “we drink beer and whatever we have left we sell” well, in our eyes they obviously can’t drink much because with a wide range on offer you can’t be disappointed with the beer menu. Royal Blenheim chooses 6 guest ales ranging from those brewed close to home and further afield, alongside their standard favorite, the White Horse; brewed less than 20 miles

Now, we would never condone drinking 10 pints in a row, so we don’t recommend doing this list in one day. But, we do recommend visiting each pub once, they have all been carefully selected as one of the best in Oxford. After a long day sightseeing we promise that you won’t be disappointed with our selection, and if you do pop in for a swift half or two be sure to let us know! 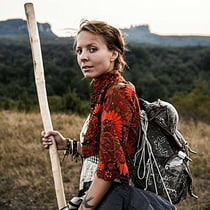