Best Things To Do In The Aran Islands, Ireland

Filled with 15th-century castle ruins, small fishing villages, and lively pub music, you’ll never sail upon the shores of anything quite like The Aran Islands. It was just last week that many of us said, “I need a getaway.” Well, the Aran Islands will whisk any willing traveler worlds away. Here, you can stroll along the windy shores of the Atlantic, dance amidst ancient ruins, and dip in and out of time.

In the evening, treat yourself to a pint with your new friends and savor some of the freshest fish and chips your lips will ever touch. There are three main islands: Inishmore (the largest), Inishmaan (the middle), and Inisheer (the smallest). Each island is accessible year round by ferry from Galway and, seasonally, Doolin. A small flight service, Aer Arann, is also your ticket to enchantment. Let’s start our journey through each island, beginning with the largest - Inishmore.

Read on to find out about the best things to do on the Aran islands: Source: Photo by user Herbert Ortner used under CC BY 3.0

Kilronan Fishing Village is the transportation hub of Inishmore, welcoming ferries from Galway and Doolin. This is also the hotspot containing the island’s only ATM. You’ll want to walk to your happy home for the next few nights, drop off your bags, and then head on back to the village. How does a dip in that turquoise bay sound? Absolutely delightful.

Can you imagine walking through the mists of a 13th-century church? The Seven Churches was once the largest monastic foundation along the western coast of Ireland. Although lovingly referred to as The Seven Churches, only two churches stand. Historians’ surmise the title alludes to a Roman pilgrimage that incorporated seven churches.

Here you will witness the astonishing remains of penitential beds and fragmented crosses. When you consider the magnitude with which the Atlantic Ocean can hurl its fury along the rocky shorelines, it’s with absolute amazement that you’ll touch these remnants of the past. Dún Aonghasa is one of Ireland’s most visited attractions. It is a semi-circular fort sitting atop a 90-meter (300-foot) cliff on the south side of Inishmore. Archaeologists, scholars, and wandering hearts travel from all over the world to lay their eyes on this treasure trove of mystery. The views alone will, literally, take your breath away as the ancient winds of time blow through you.

As if that’s not enough, there’s one more tidbit that will knock your woolen socks off. The first walls within this site were erected in 1100 B.C. As you stand there with your iPhone in your back pocket, there exists a feeling of mystery that simply cannot be replicated. To properly step into the magic, you’ll want to hire a bike from Kilronan Village and pedal your way up.

Although we were just contemplating the Atlantic’s wrath, it also possesses a bit of an artistic heart. The Worm Hole is a naturally-formed rectangular pool that sits below the cliffs of Dún Aonghasa. Can you even believe the Atlantic carved this perfect little sanctuary out of such towering cliffs? You just have to see this to believe it. Teach Osta Pub exists in a fairy tale realm that comes to life in the evenings. Soups, seafood platters, and pints of joy abound. Food service stops around 7 p.m., but you’re more than likely to watch the pints and music notes flow out of here ‘til the wee hours of the morning. Dún Chonchuir is another ancient fort dating to pre-Christian times. It carries with it the same level of astonishment as Dún Aonghasa. You’ll be contemplating the pre-Christian men that laid such sturdy work onto a remote island in the Atlantic as the same breeze that touched their face carries you home to supper at Teach Osta. The once-furious Atlantic Ocean flung this ship onto the shores of Inisheer in March of 1960. In the darkness of the night, crew members traveled far too close to these rocky shores. The vessel - carrying stained glass and whiskey - crashed onto Finnish Rock. Good Samaritans were able to bring every man safely to shore.

Still, the Atlantic wasn’t finished tossing this ship to and fro. A few weeks later, another raging storm plopped old Plassey down where she can be seen today. She last shifted a bit during another storm in 1991, so be careful she doesn’t shift her eyes when you go and visit her.

O'Brien’s Castle is one of the first things you’ll see as your ferry pulls up to Inisheer. She sits atop the highest point of the island, majestically gazing over beaches and ruins below. This is a 14th-century​ wonder that will lure you to its walls just as soon as the captain docks your ferry. Easily one of the most haunting and revered sites in Inisheer, St. Caomhán’s Church stands in honor of the island’s patron saint. Erected in the 10th century as a monument to St. Caomhán, his grave can be found in the northeast corner of this remarkable site.

Strolling through this slice of time is as close as you’ll ever get to stepping into a time machine. Don’t forget to gaze upon what used to be the priests’ residence in the West and the chancel arch to the altar in the east. Bring a light jacket with you for the chills that will blanket​ your arms.

This beauty first began functioning in 1857. She’s located on the southernmost point of the island and carries with her spectacular views of the Cliffs of Moher. This is still a working lighthouse today, guiding ships and ferries safely to shore.

The beauty of the Aran Islands is one that you will never forget!

Your visit to The Aran Islands will stay with you forever and visit you in your dreams at night. You’ll have touched stones laid by 15th-century hands. You’ll have sipped pints under a thatched roof with the Atlantic breezing at your doorway. To think that such rich history has sustained all these centuries is nothing short of miraculous. Make sure you take a little bit of this magic home with you. Tuck it tightly into your pocket forever. 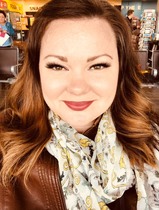 Kit Kittelstad is a Freelance Writer who specializes in higher education and lifestyle articles, with a focus on travel pieces. She also serves as an Adjunct Communications Professor at Pace...Read more
Want to contribute as a Local Expert?
Register Here
Hotels
Lowest Price Guarantee

Explore Inishmore
Good things are meant to be shared!