6 Best Things To Do In Pasig, Philippines

Pasig is a city, which used to be the provincial capital of the province of Rizal before Metro Manila was established to become the National Capital Region of the country. It is primarily a residential and industrial area. But it has now slowly emerged into a commercial area. This city by the river banks is home to one of the top business districts in the country, Ortigas Center. With its high-rise buildings, condominiums, schools and malls, this city is home to many famous landmarks, where personal and group photos have been taken. Here are the best things to do in Pasig, Philippines:

1. Love spells in the river bank

Pasig River has three legendary landmarks within its scope. One of them is the cave of Dona Geronima (Jeronima). This legend was told in the story of the famous “El Filibusterismo” written by Philippines’ national hero, Jose Rizal.

It was said that a young student promised a maiden that he would marry her, a promise that he ultimately failed to fulfill. Believing that his promises were true, she wasted her years waiting for his promise and time eventually consumed her fountain of youth. And only to find out that her long lost bachelor became the Archbishop of Manila.

She went on to disguise herself as a man and when she revealed herself, she demanded from the most prominent figure of the church the fulfillment of a promise which he could never give. So the priest built a cave for her where she spent the rest of her life.

2. Loads of fun at the RAVE

Boating Lagoon This man-made lagoon is one of the newest attractions of RAVE. You can relax yourself while slowly...

“RAVE” stands for Rainforest Adventure Experience. Seldom do you see rainforests within a city, but in the National Capital Region, you can find one in Pasig. It is 8 hectares (20 acres) wide and is actually a combination of a recreational area and a natural park. Equipped with an Olympic-sized swimming pool, a tennis court, a jogging oval, a fitness center and children’s playground plus a mini-zoo, RAVE is a haven for fitness and nature enthusiasts to visit. In 1996, the property expanded with the acquisition of an additional 2.1 hectares (5.2 acres) of land on which a zip line, obstacle course and skating rink were added. The botanical garden, butterfly pavilion and full-sized amphitheater are more than what you can ask for within a city.

3. Pinoy's best for everyday living is at Tiendesitas

Tara na sa BAGONG food village at the 2nd Floor of the new Building B! #DitoNaTayo

When in Pasig, make sure you get to have the best of Filipino products at a considerable price. This area was established by Ortigas & Company and showcases the best Philippine products, ranging from food to furniture to personal care to novelty products. The place is occupied by more than 450 traders, mostly from Luzon, Visayas and Mindanao which offers their specialties.

The shopping and entertainment destination normally caters to the local and foreign buyers and onlookers who can just roam around the 12 Maranao architecture-inspired pavilions called “villages.” The enchanting Filipino architectural design of the complex also gives attention to people with disabilities and the elderly. So give it a try and bring the whole family down to Pasig and roam around the village at Tiendesitas!

4. A point of agreement in the Freedom House

This is the oldest bahay na bato in existence in Pasig. It was built by Don Cecilio Tech y Cabrera in the early 1850s....

A famous sanctuary owned by the Tech family way back in the 1850s is a long standing structure, witness to the evolution of the political landscape of the Philippines as well as the physical changes within its sphere. Nonetheless, this area has remained the same, at least in terms of its structural elements. Huge blocks of adobe on the ground floor walls support the heavy load of hardwood floorings on the second floor, making up the Bahay na Tisa.

The roof was originally made with the Tisa until it was devasted during the World War II. So now it stands with a shade of corrugated asbestos roof. The windows are still originally made of capiz shells. Also known as The Freedom House, this house was used in the 1980s by both factions of the political spectrum during Martial Law to conduct their general meetings. With its stunning, rustic unique character and looks of antiquity amidst the busy streets of the metropolis, it is an interesting sight to behold.

Probably the largest in the country, this public market spans three stories and 19,475 square meters (209,627 square feet) of floor area with approximately 2,447 fixed stalls, plus some 2,967 stalls utilized as a tiangge (flea market) on weekends. The Mutya ng Pasig Public Market is a well-known landmark, which is actually complemented with a four-story parking area with a terminal for tricycles. This geographical arrangement is a great contribution to the traffic problems within the metro, but it is an answer for a good alternative to congested malls as well. So visit this site now!

6. Pasig in a beautiful nutshell

Archeological endeavors are of basic importance to achieving a preserved culture that is slowly fading. Pasig City Museum is actually a Concepcion Mansion owned by the former mayor of the city and built in 1937 by a native of Pasig, Architect Felizardo M. Dimanlig, in honor of his wife Victoria. A Neo-Castillian-inspired style of architecture with a terra-cotta roof, an ornate revivalist-style or fashion in the pre-war era plus a 15th-century wooden flooring which is originally from the Pasig Cathedral, is an abode to the timeline of the history of Pasig, as well as collections of objects corresponding to periods of historical development of Pasig. This is quite a good place to wander around with its marble flooring leading upstairs to the Azotea which allows you a view of the Pasig Cathedral just across it.

Capturing the best moments in Pasig Simple everyday living in the city can be translated into a whole new book of a well-lived life. Keep all your memories in the portraits of your journey in Pasig. 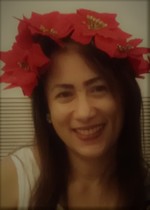 Explore Pasig
Good things are meant to be shared!