9 Best Things To Do In Tiruchirappalli, India

Tiruchirappalli is a city famous for its ancient temples and it may have been the capital of the early Cholas, in the 3rd century BC. The carvings found on temples here are unique to this city. This city has seen many rulers but it came to prominence during the 17th century, when it became the capital for the Madurai Nayaks. Commonly known as Trichy or Tiruchy, I love the hustle and bustle in its marketplaces, historic temples and famous eateries. Walking through the city in the evening will give you a vibe of walking back in time, albeit this city is also home to some of the country’s best educational institutes. Keep reading to find out the 7 best things to do in the historically rich Tiruchirappalli!

The Thiruvarangam, Srirangam or Sri Ranganathaswamy Temple is the world’s largest functioning Hindu temple. It is located in Srirangam, an islet formed by the twin rivers Cauvery and Coleroon. Its architectural style is Dravidian and it is spread across an area of 156 acres (63.1 hectares), with a perimeter of 4,116 metres (13,504 feet).

At the main entrance of the temple stands the world’s tallest temple tower, or gopuram, with a height of 73 metres (239.5 feet). One of the most illustrious Vaishnava temples in south India, this temple’s presiding deity is Sri Ranganatha, a resting form of the Hindu god, Vishnu. This temple has 7 courtyards, 21 towers, 39 pavilions, 50 shrines and a hall of 1000 pillars. Non-Hindus are allowed up to the second courtyard but not inside the gold topped inner sanctum.

As the name signifies, Trichy’s Rock Fort Temple is a fortified religious complex, consisting of two temples, built on an 83 metre (272 ft) high ancient rock, during the 6th & 7th centuries, respectively. The two Hindu temples inside the Rock Fort are the Uchchi Pillaiyar Koil and the Thayumanaswami Temple. The rock is said to be about 3.8 billion years old, making it one of the oldest formations in the world. The Pallavas were the first to cut small cave temples atop this ancient rock, however, it was the Nayaks of Madurai who realised its fortified position and redesigned the site. It is a long climb up to the top, with approximately 344 stone-cut steps.

The Thayumanaswami Temple is a big Shiva temple, on the lower end of the rock, at approximately 180 steps. This temple is closed for non-Hindus. Climbing further up, is the Ucchi Pillayar Temple, a relatively smaller Ganesh temple. Enjoy the cool breeze and breathtaking views of the city, the islet of Srirangam and the rivers Kaveri and Kollidam.

If travelling during the summer, it is best to go during the wee hours of the morning, to avoid the scorching heat. As the climb is done barefoot, it is advisable to avoid the peak sun hours from noon to 4 pm.

There are five major Shiva temples in Tamil Nadu, each representing one of the five elements of nature - space, air, fire, earth and water. The famous Thiruvanaikaval Jambukeswaram Temple is one of them, and represents water, with Devi Akilandeswari Amman as the presiding deity. The Shiva linga (or holy abstract representation of the god) in this temple is called the Appu Linga. It was built in around the 2nd century, by the Emperor Kocengannan Chola, of the early Chola Empire, in the Dravidian style of architecture. It is located near the famous Sri Ranganathaswamy Temple, on Srirangam Island.

Posted by Trichyportal.com on Wednesday, 7 December 2016

This temple focuses on two main objectives, cleanliness and peace. The Sri Ayyappan Temple follows the highest degree of discipline and is a peaceful place for worship. It has a large meditation hall for devotees and the best part about this temple is that there is no caste, creed or race discrimination here, so non-Hindus can also worship here. The clean and green environment creates a peaceful ambience. Most visitors come here not just to seek blessings but for the calm and serene atmosphere that this temple offers.

The Sri Brahmapureeswarar Temple is famous among devotees, seeking blessings of Lord Brahma, the creator god in Hinduism, with four faces. It is believed that a person can change their fate by worshipping Lord Brahma here, as mythology states that Lord Brahma’s fate was changed here by Lord Shiva. This temple has 12 Shiva lingams here, dedicated to Lord Brahma. Most of them are housed separately and are situated around the holy water of the Brahma Theertham, which is the pond that legend says Lord Brahma took water from, to worship Lord Shiva.

This is a beautiful temple, with seven idols to Lord Vinayakar and seven entrances, leading to the inner sanctum. It is believed that these signify the seven Chakras of Yoga or the seven days of the week.

6. Our Lady of Lourdes Church

Constructed in 1840, this pristine white church is situated near the Rock Fort. It is a spectacular example of Gallo-Catholic design, with new-Gothic spires and anguished crucifixion and martyrdom scenes, painted inside. While the church bell is set at a height of 90 feet (27.4 metres), the height of the main tower is 220 feet (67 metres) and the small tower is 120 feet (36.5 metres). The statues of the Sacred Heart, St. Ignatius, St. Francis Xavier and St. Britto are placed at the centre of the main tower.

Our Lady of Lourdes Church

Located on the Kaveri River at about 20 km (12.4 miles) from the city centre of Tiruchirappalli, this dam is the world’s fourth oldest water reservoir, which is still in use. This ancient dam was built across the river by the Chola king Karikalan, in the 2nd century. If you have time, this is a famous picnic spot among locals and you mustn’t miss it.

Address: On the River Cauvery, Tiruchirappalli

The Vekkali Amman Temple is dedicated to the Goddess Kali. More than five hundred years old, part of the Shakti temple lacks a roof. The reason was said to be because of an order from the deity, where the temple will only have a roof if every citizen of the city has one. The goddess is said to have saved the city from encroaching sand dunes. People who visit the temple can light a lamp and also place their wishes at its feet. Written on special paper from the office, the wishes can be tied in a special place. It’s believed the goddess will grant wishes. Situated in the city of Tiruchirapalli, access is easy from almost anywhere. It’s a very old temple and the effigies are attractive.

Viralimalai Murugan Temple in Tiruchirappalli is on the outskirts of the city. In the Viralimalai area, you will see many peacocks around, making for a beautiful sight. The best times to visit are between 7:00 AM and 10:00 AM and again at 5.00 PM to 7:00 PM. Although some areas are reserved for Hindus, other people can enjoy parts of it, and get some lovely photos. To get to the temple, there are lots of steps, so it’s not ideal for wheelchairs or the elderly. From up the top, there are very nice views of the surrounding area. It’s a quiet rural setting that is peaceful. The legend behind the temple is that Saint Arunagiriar, coming from Vayalur, learned the rare eight miracle arts of Ashtama Siddhis here.

Discover the ancient Indian mythological lineage, heritage temples and relics of Tiruchirappalli, dating back thousands of years! One thing to remember is that due to religious reasons, most of the temples do not permit short clothes, especially for women.

The best time to visit Trichy is from October to March. It is quite convenient to reach the city, as it has an international airport and also has good connectivity across the country via the railway station and buses. Get set and go pack! And don’t forget to share your travel experiences with us! 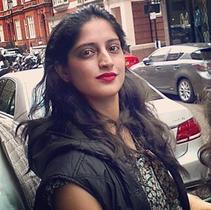 Explore Tiruchirappalli
Good things are meant to be shared!