There are so many things to do in Mindanao, and one of them is to visit Zamboanga City. One of the most beautiful places in the Philippines, Zamboanga City is located on the country’s southern and second-largest island—Mindanao. It has not only accepted the culture of Spanish colonial masters but also imbibed some of the Spaniards’ traits as well. The culture of celebrating festivals has been well-preserved, and such fiestas, as they are commonly called, are abundant up to the present. Experience the intermingling of Spanish and Filipino cultures as you visit and take part in the top festivals in Zamboanga City, Philippines.

Dia de Zamboanga is one of the most important festivals in Zamboanga City simply because it marks the city’s charter anniversary. February 26, 1937, was the first time the city elected city officials, so the local government made every February 26 a special non-working holiday.

Zamboanga City citizens go all out with this celebration. When you visit the city during this festival, you can find many fun activities, such as cheer dance competitions, the annual grand civic, a military parade, and photo exhibits. If you love food, make sure to try the local cuisine since food kiosks will be everywhere. Several film festivals will also be held, so check out a few locally-made films.

Opening hours: every 26th of February

Christmas is one of the most widely celebrated holidays in the Philippines, let alone in the vibrant city of Zamboanga. Pascua na Zamboanga, or Christmas in Zamboanga, kicks off with a lighting ceremony at the City Hall. One of the goals of this holiday celebration is to bring the people together, regardless of religion, in light of the Christmas season. Besides the city hall, some other landmarks in the city, such as Plaza Pershing, Paseo del Mar, Veterans Memorial Monument, and Jardin Maria Clara, are illuminated with colorful lights. Christmas community events and chorale competitions are also held during the festival. Zamboanga Hermosa Festival is one of the main and most famous festivals of Zamboanga. It is known locally as Fiesta Pilar. It is a monthlong celebration held during October annually in Zamboanga City—the city center of Zamboanga Peninsula in the Philippines. It commemorates the patron saint Nuestra Señora del Pilar (Our Lady of the Pillar) whose likeness is immortalized in Fort Pilar, Zamboanga. The people’s devotion to the Nuestra Señora del Pilar runs deep as it is supplemented by a rich legend, along with stories of miracles and apparitions seen near the pilar. Hermosa Festival features a myriad of activities such as sports events, musical concerts, agricultural trade fairs, a Chavacano song festival, a street-dance competition wherein different schools within the city compete for the title of the best, and Wow Zamboanga—showcasing the diverse talents, tastes, and ideas of the different barangays (neighborhoods) within the city. Witness the colorful costumes of the dancers as they parade through the streets of Zamboanga. The culture of Zamboanga gets richer and richer with the celebration of Regatta de Zamboanga. This Zamboanga City festival is the most scintillating and most awaited event during Fiesta Pilar. It is a fluvial racing contest showcasing locally constructed vintas and bancas—which are traditional outrigger boats of the Mindanaoans, with colorfully painted hulls and artistically sewn sails. These sails are colored and decorated artistically as they try to embody what hermosa is—the Spanish and Chavacano word for beautiful. Each vinta carries two persons who paddle to add speed to the wind that carries the sail, as it navigates along a predetermined course of about 400 meters (1,312 feet). Only Zamboanga residents can join the competition, and during the most recent year alone, there were about 220 vintas that joined the race. Cash prizes and food packages along with recognition await the first five finishers of the race. You will definitely be amazed by the many talents of Mindanaoans. Do not forget to watch the competition and cheer for your favorite team! “Flowers of May” is the direct translation of this festival’s Spanish name. It is a monthlong revelry that is held during May annually, and it is celebrated in honor of the Virgin Mary. Unlike bougainvilleas that bloom year-round, there are a number of flowers that bloom only in the month of May, which include hibiscus, Chichiricas, and caballero. During this festival, flower offerings are made daily in churches and village chapels inside barrios. The traditional procession is highlighted by statues of the Virgin Mary in colorful floral decorations. The festival culminates at the end of May with Santacruzan, a daylong celebration of parades and processions. It is a ritual pageant that depicts the discovery of the true cross by Queen Helena, the mother of Constantine the Great. Participants from different places in the Philippines visit the city to take part during Flores de Mayo. The representatives wear beautiful national Filipino attires as they walk down the streets of Zamboanga.

The children of Zamboanga spread their wings for the 9th Philippine Bird Festival. #9thpbf

Considered as the country’s biggest celebration of avifaunal diversity, Zamboanga City Bird Festival is celebrated by bird-watchers, conservationists, and tourists from local and foreign origins. Zamboanga is not only rich in endemic birdlife but also attractive for migratory birds since it provides a suitable ecosystem for a myriad of bird species. The coastal wetlands of Zamboanga are inviting to congregations of migratory terns and wader species such as stilts, sandpipers, and plovers. The fishponds around serve as nesting areas for black-crowned herons, rufous, and great egrets. As you ascend high altitudes, you may catch a glimpse of more elusive species like Steere’s pitta and writhed hornbill. During this Zamboanga peninsula tradition, participants of all ages parade in colorful bird costumes. You can take beautiful photos of the vivid colors and the smiles of many as they parade down the streets of Zamboanga City. Locals also showcase their cuisine to help boost tourism in the region.

Experience the intermingling of cultures in Zamboanga

Zamboanga City hosts some of the most exciting festivals in the Zamboanga Peninsula, and for that reason, you should stop by this place. Due to its distance from the capital city of Manila, it is most commonly overlooked, but Zamboanga can surely be considered an underrated travel destination. It is a beautiful place that showcases the well-preserved culture of the southern part of the country. So keep updated on the exact dates of the local celebrations. Use this list as your guide during your visit so you won’t run out of fun things to do. It will make your trip to the Philippines full of colorful memories. Remember to take lots of photos to complete your experience. 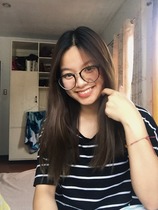 I am a student-writer from the Philippines. As I write, I get to know more about places I have yet to discover and explore. My goal in the future is to travel the world and make the most of every...Read more
Want to contribute as a Local Expert?
Register Here
Hotels
Lowest Price Guarantee