The 9 Most Haunted Places In North Carolina, The USA You Must Visit - Updated 2022

This is a haunted tour in Asheville’s scenic downtown area led by an expert local guide. For two hours, you will be guided to take a walk through some of the most haunted places in the area, including the haunted Omni Grove Park Inn and The Basilica of St. Lawrence. You will learn the mysterious past of Asheville and settings of horror stories such as Lady Pink, the woman who haunts the Omni Grove Park Inn, and the wall of the Basilica, in which bodies are entombed. Also, you will visit the spookiest home in Asheville, Mystery Museum, to get into the basement of the Asheville Masonic Temple - all led by the guide using ghost-hunting equipment. It’s an exciting adventure that is a mix of a dark history, spookiness, and getting to know Asheville’s historic buildings and sites. If you dare, why don’t you come and experience the most haunted tours along the streets of Asheville and visit Omni Grove Park Inn?

Founded in 1808, Greensboro is an ancient city that has been modernized. Nevertheless, its history is still very much alive in Greensboro’s old streets; one rumour, in particular, haunts its downtown area. This Greensboro ghost tour guided by candlelight mixes the city’s dark tales of the past with its histories such as stories about revolutionary and city wars, battlefields, epidemics, fires, riots, and mass graves for a breathtaking, chill-inducing experience. You will visit the most haunted places in Greensboro, including Biltmore Hotel, one of the troubled spots in the downtown Greensboro area. So, join this 90-minute entertaining, historical, and spooky haunted tour! Source: Photo by user Charlie Cowins used under CC BY 2.0

Built in 1918 by James Ducanan Duke, this mansion has seen a change in ownership a few times. In 1978, the home was turned into a condominium and in 1989 the new owner restored it to its former glory. The haunting at The Duke Mansion is said to be blamed on a man named Jon Avery, a previous owner of Duke Mansion. Jon Avery’s wife was hospitalized in a mental hospital and he had a new romance with a female writer doing a historical piece on the mansion. The writer ended the relationship when Jon Avery was unwilling to divorce his sick wife. He kept the woman in his life and wanted to meet with her dead or alive the following year at midnight. John had died a few days before the meeting, though he actually met her and said, “dead or alive,” and just needed to rest in peace. Now, the mansion is used as a bed and breakfast and also regularly hosts events and haunted tours. You can stay a night in one of the 20 hotel rooms. It will cost you between USD 200 and USD 300 a night, including breakfast.

Floating In Paradise On The Azul Project

4. The Country Squire and Liberty Hall

Dining with a ghost is what you can do at The Country Squire Restaurant, Inn & Winery in Kenansville. The spirit of its original owner, Joe West, is said to stick around still checking that things are being managed the way he likes. After enjoying your meal in a vintage setting, darts have been told to fly on their own. You can visit Liberty Hall, a historic house and museum, for more neighbouring haunts. Here, you can learn about the family who lived there a hundred years ago, and a new “ghosts” group will also inform you about their lives there.

The Country Squire and Liberty Hall Governor Daniel Fowle lived in The Governor’s Mansion only three months before he passed away. He had found the bed in his room uncomfortable and had replaced it with a new one. Governor Robert Scott moved into the bedroom and he had it moved into the warehouse and replaced. After moving the bed, Governor Scott insisted that he and his wife were disturbed every night by a loud knocking. It came from within the wall behind the headboard. The governor considered that the nightly incident was Daniel Fowle’s spirit, asking the bed to be returned to his room. Edward Teach, known as Blackbeard, was killed and beheaded by Lieutenant Robert Maynard in a battle with the Royal Navy in 1718. His body was thrown overboard, while for good measure, Teach’s head was suspended from the bowsprit of Maynard’s ship. Teach’s head was returned to Governor Alexander Spotswood of Virginia. Myths from the Outer Banks advise that Teach still wanders the beaches of North Carolina, looking for his severed head. Due to its beautiful landscape, The Great Dismal Swamp is an excellent place to visit. Nevertheless, it owns a wealth of history. Stories tell of visitors who were lost to this vast swamp, those who found it challenging to navigate especially since it is home to many endangered animals. Visitors report hearing noises, seeing unusual lights, and experiencing more extreme incidents of contact with spirits whose lives were required by the swamp.

Carolina Inn was built in 1924. Its interior is luminous, spacious, sophisticated, and trendy. Dr. William Jacocks, the man who is rumoured to haunt the second floor, is considered to be friendly. He lived there since the 1940s until his death at the inn in the 1960s. Many rumoured activities have been reported from random sources, such as pianos played in the middle of the night, scents of flowers, and curtains opened. The rumoured ghost is known for locking visitors’ doors, especially in room 256, where he lived. Even after it was made into multiple spaces, people see his ghost through the corridors, tapping doorknobs, finding them locked.


The Carolina Inn, a Destination by Hyatt Hotel

Welcome to Grand Old Lady Hotel, which had been opened since 1908. This hotel is suitable for a guest who is looking for a haunted place to sense or see ghosts. Staying at this 111-year-old spot, you will experience an adventurous night. Some stories told by the guests and the hotel’s staff are enough to make your hair stand on end. Ghosts are reported to play tricks on guests, such as shadows that have no source, footsteps no one could see, or the bedsheets being suddenly jerked from their body. And in extreme cases, things have even moved or even been thrown. You don’t have to worry since there is no single report of any unethical activity done by the ghosts here. Since the ghosts here are friendly, this may be an excellent place to start your adventure. It will cost you between 135 and 230 USD a night, including breakfast.

Feel the chill in these haunted places

If you wish to spend chilling and haunted nights, these spots listed here may be excellent places to start, whether for Halloween activities or not. If you are looking for haunted tours with your friends to get your adrenaline rush, these most haunted places in and near North Carolina, the USA are the places for you. 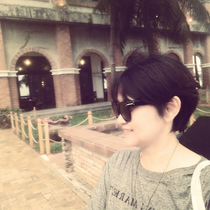 One thing that excites me when I lived or traveled outside Indonesia (Europe, Asia, and the US) is the chance to learn new experiences: "I travel not to escape life, but for life not to escape me."
Want to contribute as a Local Expert?
Register Here
Hotels
Lowest Price Guarantee

Explore North Carolina
Looking for accommodation?
Good things are meant to be shared!