The Most Haunted Places In Pune, India

There are many reasons why travelers from all over the world visit Pune, India. The huge city is filled with museums, palaces, natural wonders, and more. But there is another reason why people spend their vacation here. Pune is known to have several places that can give you the creeps. It is highly developed with a mix of modern and ancient establishments. However, it has dark places where supernatural activities happen on a nightly basis. Stories of a young girl haunting an area or the voice of a murdered prince screaming for help in a fort are backed by eyewitnesses. If this is your idea of fun, then come and visit the most haunted places in Pune, India, on your next vacation.

The story is that no local dares come close to Shaniwarwada Fort, especially during a full moon. The main reason for this is Narayanrao Peshwa, the young prince was murdered by his aunt during a full moon day. In a gruesome manner, the aunt ordered some men to hack the hapless prince to pieces. His body was cremated along the banks of the Mutha River. Today, many locals claim to hear the cries of a young boy, asking someone to help him. They attribute these cries to the soul of Peshwa still lurking inside the fort. A walk to the room where he was murdered will make the hairs on your neck stand.

Chandan Nagar, Pune,The small colony of Chandan Nagar in Pune has a little terror hidden in it’s womb. The ghost of a...

Residents of Chandan Nagar quickly lock their doors and stay indoors after dusk. They no longer want to step out on the streets for fear of seeing an infamous ghost. A ghost of a young girl, about 10 years old, is said to roam during the night. According to the residents, she holds a doll and screams her heart out. Although most accounts prove the girl only appears after midnight, no one has the guts to go out to the malls, restaurants, cafes, and bars, early in the evening. Pune Cantonment is said to be amongst the scariest places in the city. Also called Pune Camp, the place is infamous for its haunting of the apparitions of past soldiers who sacrificed their lives during wars. The ghosts are known to appear and disappear right in front of people’s eyes. Aside from this, other people tell stories of screams and bizarre noises that scare them to death. All these happen in a worn-down house located inside the camp. Many brave guests have gone inside only to come out scared out of their wits. This place is perfect for ghost hunters.

Cozy place in the heart of Aundh Pune Source: Photo by user sandeep MM used under CC BY 2.0

Khadki war cemetery has its share of ghostly apparitions daily. This makes the place scarier than other cemeteries and burial grounds. The soldiers buried here went to war during the first and second world war. Stories have it the ones buried here are from West and East Africa. Indian soldiers were not allowed to be buried here, so another cemetery was built in a nearby property. While these burial grounds appear to be scary, apparitions of soldiers from both cemeteries tell a funny story. People claim to have witnessed both African and Indian soldiers come alive each night and engage in war to settle their differences. For half a century and going, Victory Theater has been the home of Bollywood and international movies that entertain audiences every day. However, accounts of seats banging, strange sounds, and giggling coming from the theater have spread like wildfire. The police have done investigations based on these reports. However, nothing came up from these investigations, which strengthened other people’s thoughts that paranormal activities happen inside the place. For this reason, you will see lesser people come inside or walk on its sidewalks at night. Even locals with cars and motorcycles avoid passing along Victory Theater because of fear. Holkar Bridge’s history of ghost hauntings dates back before the Partition of India happened. Today, it is considered one of the most spine-chilling places to visit in all of Pune. Construction of the bridge was completed during the 19th century by Madharao Peshwa, in honor of Yashwantrao Holkar. A long line of unexplained deaths has occurred here, leading people to believe that the bridge is haunted. Many believe that the place is cursed and evil has possessed it. There’s a Holkar Bridge Cemetry below the bridge that further adds to the people’s belief that this place is haunted.

29. The Mansion, Residency Road, Pune This old and dilapidated ruin of a house is scary enough to look at, leave alone...

The Mansion is an old bungalow located on Residency Road. Reports say that the house is haunted, while its exterior gives passersby an eerie feeling. The place has been abandoned for decades and is in a state of disrepair. The woman who owned the place lived alone. She was killed in her own house. Since then, visitors have reported hearing strange noises wafting from the mansion in the dead of night. Some witnesses claim that they have seen a figure of a woman sitting on the roof of the mansion looking at their direction. But when they looked back, the figure disappeared into thin air. Experts claim to have felt strong negative energy inside the house. When it comes to the topic of haunted houses, this place is very hard to beat. The owner himself abandoned the house after years of trying to rehabilitate it. Today, the house is in a state of disarray and can hardly be recognized from its original glory. Its infamy includes the story of a girl murdered in the house. Residents of neighboring homes hear cries of help coming from the house. Some have ventured inside the home and claim to have heard patter sounds on the windowpanes and doors, signifying them to leave at that moment. This is one scary place to be at. Symbiosis Road in Viman Nagar is one of the most beautiful and alluring places to visit in Pune. The street barely has any traffic and its sidewalks are lined up with trees that make it cooler and more beautiful to passersby. Long and winding, Symbiosis Road is a sight to behold during the day. But when night falls, it becomes a venue for paranormal activity that scares pedestrians and motorists from passing through. Eyewitness accounts state that many pedestrians experience fainting spells for no reason at all. If that is not enough, dogs are known to bark at unoccupied spaces and seem to chase things not seen by the human eye.

Choice Hostel is an exclusive boy’s hostel in Pune. Sons of rich families stay here for their board and lodging while they finish their studies. However, one other guest is staying in this hostel, for free. This one comes in the form of a ghost. Witnesses say they have seen the presence of this ghost, a woman wearing a red saree, walking along the hallways of the hostel. Several witnesses claim to have been woken up by the screams of the ghost, at unreasonable hours of the night. These activities happen throughout the week. But Saturdays are when these activities heighten in frequency, making it the scariest day of all.

Whether you are a ghost hunter or simply a believer of paranormal activity, Pune fills you out with several scary places to visit. These places are guaranteed to raise the hair on the back of your neck and send shivers down your spine. So, if you are looking for the ultimate adventure, pack your bags and head on to Pune, India. 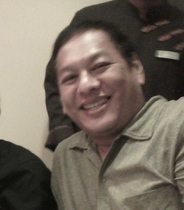 Hi! I'm Gabby. Writing, travel, and food are my passion. These three bring me to new highs. What better way to enjoy life than to experience all my passion at this stage of my life. I've been...Read more
Want to contribute as a Local Expert?
Register Here
Hotels
Lowest Price Guarantee

Explore Pune
Good things are meant to be shared!