Nestled at the borders of the towns of Kiyosato and Nakashibetsu is the Uramashu Observatory. Sitting opposite of the Number 1 and Number 3 observatories, the Uramashu Observatory has very few visitors in comparison. Occasionally, by some bad luck you may run into large tour bus groups and it may get congested for a few minutes, but it’s not just an observatory to see the lake only, there are toilets and rest areas so the buses leave quite quickly.

Because the Uramahsu Observatory is much lower than the Number 1 and Number 3 observatories on the Teshikaga side, it is situated better to see the surface without the fog that plagues Lake Mashu. Though Lake Mashu is a crater lake, there are no rivers feeding or draining it. Yet, unbelievably there is no change in the water levels year round.

Lake Mashu is actually the world’s clearest lake. After viewing the lake and all its beauty, visiting Kaminoko Pond, which is connected to Lake Mashu underground, is an absolute must.

The road to Kaminoko Pond The route to the destination is always on one’s mind during travel. Here we detail the route to Kaminoko Pond. Although Hokkaido is great for even novice drivers, some of the smaller mountain roads, and small parking areas leave something to be desired. Kaminoko Pond is located just 5~6km north of the Uramashu Observatory. On the road from the observatory you will find a sign saying the entrance to Kaminoko Pond is here, and you will see a small entrance to a mountain path. It is tempting to leave the car there and travel by foot but it is another 2km from this point so it’s not something we suggest you do. There are some spots where it is a tight squeeze and hard for some cars to get past each other so drive slow and if unsure stop and let the oncoming traffic through before you pass.

Once you see the parking lot your safe. It is large and open so you needn’t worry anymore. Comparatively it’s a not well traveled spot, but in recent years there has been an increase in tourists, so if you are unsure of your driving skills we suggest that you don’t come during the peak times during the weekends and come earlier or later in the day. Although we advise that you time your visit to avoid the crowds, going too early or during dusk isn’t a great idea either. Not only here but, everywhere else in Hokkaido is bear paradise. It is best to keep in mind that we humans are encroaching on the bears’ territories. There are signs like the above that warn us of bears along the path to Kaminoko Pond from the parking lot. During the day there are other tourists and signs like these don’t really scare you, having said that, if you came alone it might give you some uneasiness. It might be a better choice to come when others are around instead of seeing Kaminoko Pond with fear. The clear blue waters of this pond are surprising to say the least. Kaminoko Pond is fed by underground wells connected to Lake Mashu. In Ainu language Lake Mashu is called “Kamui-toh” (Lake of God), Kaminoko Pond (Child of God Pond) is given it’s name because a subterranean river feeds from Lake Mashu. The fallen trees are almost like petrified wood in the water where the trees never rot. The reason for this unbelievable sight is because the water is at a constant 8 degrees Celsius. The bottom looks almost touchable and only a few meters deep but in reality its 5m deep. You will do a double take at the water so clear it defies the senses.

Even during cloudy days the mysterious Kaminoko Pond looks blue in color. This mystic blue is definitely something to capture on film!

For those who are unsure of their driving there are alternatives such as tour taxis and hired drivers that can let you enjoy touring Hokkaido without worry. 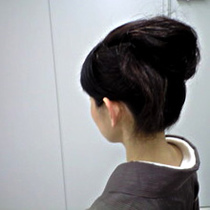 Explore kussharo
Good things are meant to be shared!