10 Best Places to Visit In Nagano In Winter

Japan ranks among top Asian countries blessed with countless scenic spots and breathtaking destinations. While the beauty of its landscape is observed in the entire country across all four seasons, nothing beats a visit to Nagano during winter. Located in the heart of Japan’s Chubu region, Nagano boasts picturesque mountains and landscapes, a haven for winter sports, majestic sceneries and stunning attractions. During summer, spring, and fall, Nagano is usually a paradise for thousands, if not millions of nature lovers and hikers looking to enjoy the thrill of its picturesque mountains and landscapes. During winter, however, Nagano transforms into a haven of winter sports enthusiasts who seek deep powder snow and adrenaline rush! Here are the best places to visit in Nagano in winter. Tucked away in the northern part of Nagano, Hakuba is a sought-after winter sports destination for its quality snow and internationally renowned ski resorts. In fact, it was the main venue for the 1998 Winter Olympics in Japan. It is easily accessible by train from Tokyo in a little over three hours. Hakuba Valley is home to some of Japan’s most popular ski resorts, where beginners and professionals can enjoy the slopes snowshoeing, snow biking, snowboarding, and heli-skiing. This picturesque ski village boasts a wealth of bars, restaurants, and shops too.

Shibu Onsen is a famous hot spring resort with a history dating back over 1000 years. The town is a maze of narrow cobblestone lanes surrounded by multi-story wooden inns, giving its visitors a nostalgic feel of the ancient Japanese era. Shibu Onsen is home to nine baths, popularly known as sotoyu, which are managed by the traditional inns. As such, being a guest at one of them gives you the chance to enjoy a relaxing bath in the hot spring’s cloudy milky-white waters. You as well get to enjoy some of the delicious local cuisines. After taking a stroll around the town, refresh your body with a dip in a cloudy hot spring bath. Source: Photo by user Chi King used under CC BY 2.0

Situated in close proximity to Shibu Onsen is one of Nagano’s most popular tourist destinations known as Jigokudani Monkey Park. This famous park is home to nearly a hundred Japanese macaques, drawing the interest of both the local and international tourists. This one goes without saying! Home to the only troop of monkeys in the entire world known to bathe in hot springs, Jigokudani Monkey Park is one of the region’s most popular destinations. The park has no barriers to separate the monkeys from the visitors, which gives you the perfect chance to closely observe the animals as they relax in steaming water, surrounded by winter snow.

Scandinavian-style wooden house for only one group

The only thing moving in this scene is the steam gently rising from the Sue River. Location: Kaida Kogen (Highlands),...

Probably one of Nagano’s most sought-after tourist destinations, Kiso Valley is a truly magical Southwestern part of Nagano. Take a fascinating trip back in time by visiting the valley’s well-preserved part of the ancient Nakasendo merchant trail, sacred Mt. Ontake, and charming historic towns. Additionally, there are awe-inspiring gorges, rivers, waterfalls, and mountain trails strewn all over the valley to dazzle your eyes and soothe your soul. If you get enthralled with places that bring you back in the past, then you should consider visiting the beautifully preserved ancient towns covered in snow, enjoying the stunning scenery of Kiso Valley in winter. Ranked among the top three fire festivals in Japan, Nozawa Onsen Fire Festival is a treat that you’d not want to miss! The festival is usually held on the 15th of January every year outside in the middle of winter. The festival illuminates the night with fiery battles between Nozawa Onsen’s male villagers. The main participants are village men in their unlucky Japanese ages twenty-five and forty-two. Nozawa Onsen’s villagers carrying flaming torches try to burn down the shaden, a temporary shrine, while the 42-year-olds defend the upper part of the structure and 25 year-olds guards the base. The festival is meant to cleanse the unlucky men of their bad luck as well as pray for health and great fortune. Despite its chaotic nature and the furious struggle, the festival is a fun experience that is sure to make your Japanese adventure more interesting. Found on the northern side of Nagano Prefecture, Liyama City is one of Japan’s regions that receive heavy snowfall during winter. This city holds Liyama Snow Festival in mid-February during the snowy winter season, attracting thousands of people from all over. This winter event features creative huge snow sculptures towering over the main venue and the small-sized sculptures are lined along the city’s downtown streets. One of this festival’s highlights is the sculpture contest and judging. Here, you’ll get the chance to view outstanding snow sculptures in a myriad of Japanese motifs.

Celebrated since back in 2004, Nagano Tomyo is a whole week festival held in mid-February of each year to commemorate the city’s Buddhist and the Winter Olympics held in 1998. As one of the city’s popular event, it involves nighttime lighting of Nagano in five colors of the Olympics and the main street to the temple decorated with numerous beautiful hand-crafted paper lanterns. Also hosted alongside the lighting event are sake-tasting, music performances, and art exhibition just to mention a few.

Once the capital of medieval Japan, Kamakura Village is an interesting tourist destination located in the snowy town of Liyama. Every year during winter, a makeshift village of twenty snow huts is built, where visitors can enjoy Liyama delicacies and other hot-pot dishes prepared on portable clay stoves to warm up both your body and soul. As the lights illuminate the night, the entire village is transformed into a romantic dreamland. If you’re planning to visit Nagano this winter, enjoy a unique experience by tucking into some tasty hot-pot in a toasty warm snow hut.

Winter is upon us. With the first snow falling and the nights now cold, here are three festival tours that will keep...

Winter is the season for stunning illumination displays throughout Nagano City. This popular event runs in two stages with the first one starting in late November with the illumination of Nagano’s main street that leads to Zenkoji Temple, warming the city with a golden glow of winter lights. This also offers you a perfect way to explore the city by night in the illuminated Omotesando. Then the main and final part of the event follows with the brilliant illumination of the Zenkoji Temple itself as the cold winter nights give the illumination a true radiance. The city’s main temple is transformed into a breath-taking world of colorful lights, meant to represent the glowing spirit of recovery and renewal of Nagano City. Tucked away in the little town of Obuse is the historical temple of Ganshoin. This temple is home to one of the most outstanding works of Japanese art. The famous painting was painted back in 1848 by a famous painter known as Hokusai when he was 89 years old. This masterpiece was his last works and has been preserved over the years on the temple’s ceiling. This ancient temple has been rebuilt almost three times with the latest one done 180 years ago. If you happen to visit in summer, the temple’s pond is packed with frogs ribbiting away.

Not only is Nagano a superb summer destination, but also a fantastic getaway in winter. With all its magnificent sceneries and spectacular attractions, anyone would certainly fall in love at first sight! Winter shouldn’t keep you from traveling and discovering all that Nagano has to offer, so start packing and get ready to experience these undeniably awesome places yourself! 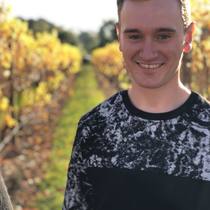 Hello! I am a college-educated, native English speaker based in the United States. I have extensive copywriting and content writing experience and specialize in travel and IT fields. I always meet...Read more
Want to contribute as a Local Expert?
Register Here
Hotels
Lowest Price Guarantee

Explore Nagano
Good things are meant to be shared!