Top 12 Romantic Things To Do In Glasgow, Scotland - Updated 2022

Perpetually considered one of the friendliest, most welcoming cities in the UK, Glasgow is a cultural center with excellent concert venues, theatres and other attractions. It is also, simultaneously, a city with lots of history and ancient buildings, rubbing shoulders with the more modern. Visitors to Glasgow will appreciate the wide range of restaurants that are available here, and an exceptional nightlife is also evident in the numerous bars and clubs that dot the city center. For couples, this is a city with plenty of long romantic walks and excellent cafes to relax in when you’ve seen enough. You’ll also find worthy castle hotels and Vrbo holiday homes to stay in. Check out our list of the top romantic things to do in Glasgow, and you will be excited to visit an exceptional part of the UK.

Glasgow is a goldmine for casual adventurers and experienced nature trippers. If you’re interested in exploring the deep woods of Scotland, join this trekking Airbnb Experience hosted by Ferenc. You’ll be making your way to Finnich Glen, a mystical place that was believed to be a dwelling of the evil. If a good outdoor experience mixed in with tidbits of myths and trivialities sounds like something you might be interested in, make it a romantic outing as well and bring your partner with you!

2. Pay a visit to the Tenement House Operated by National Trust for Scotland (NTS), the Tenement House is a historic house museum in an 1890s tenement on Buccleuch Street. The home was owned by shorthand typist Agnes Toward and gracefully preserved her possessions at the time. These belongings have now stood the test of time and are currently open for viewing. According to NTS, this home is a depiction of what being an independent woman in the 20th century was like. Add this unique home to your romantic Glasgow itinerary and travel back in time with your loved one.

Editors Note: No available image as of this writing

The Church of Blessed St. John Duns Scotus is a beautiful little Catholic chapel located in the Scottish Borders, with a bright, modern interior and particularly impressive architecture. However, the church is perhaps best known for one of its relics: the remains of Saint Valentine - the man for him February 14th is named. The friary containing the remains can be found at the front of the church in a reliquary, and have made the church a popular place to visit since the remains were interred there in 1993.

4. Take a walk in Kelvingrove Park Kelvingrove Park is a pretty public park found in Glasgow. Located close to three subway stations - which help to make the 85-acre (34-hectare) space easy to find when exploring the city - the park offers a variety of amenities to visitors, including a bandstand (which dates to 1924), bowling greens, and a range of statues of notable figures such as Joseph Lister and Field Marshal Lord Roberts. The park is also home to the acclaimed Kelvingrove Art Gallery and Museum, which is considered a must-visit for anyone interested in the arts. One of the fun things to do in Glasgow for couples is to see a movie at this theatre. Glasgow Film Theatre is something of a rarity in the modern world; a completely independent film theatre, rather than a national chain with cinemas in every city. The theatre functions as a charity and is located in an Art Deco building that dates back to the early 20th century, which provides effortless charm in comparison to the functional-but-basic multiplexes found elsewhere. Offering an eclectic mix of films, including foreign-language and independent titles, a visit to the Glasgow Film Theatre is a great choice for movie buffs visiting the city.

6. Enjoy a performance in style at Tron Theatre The Tron Theatre is a venue in Glasgow that has developed a reputation for the variety of shows it hosts. There are three spaces dedicated to performances at the theatre, which regularly feature comedy acts, plays, musical shows, and much more besides, with a constantly changing program that ensures there’s always something new and exciting happening. In addition to catching a show, it’s advisable to leave enough time to visit The Tron Bar; a friendly cafe with a delicious range of food and beverage options to sample.

7. Have a cup of tea at The Hidden Lane Tearoom Perhaps one of the chic-est things for couples to do in Glasgow is to go out for an afternoon tea. The Hidden Lane Tearoom, an effortlessly charming teahouse, features a wonderfully quaint interior that is cozy and wonderful to relax in, along with an excellent menu of tea (including over 30 different loose leaf options), cakes, sandwiches, soups, and much more. A delightful gem of an establishment, visiting The Hidden Lane Tearoom means you can be certain of a lovely experience that is quite unlike anything else you will have experienced before.

8. Joke around at The Stand Comedy Club The Stand Comedy Club is a fantastic comedy venue in Glasgow, regularly hosting outstanding acts that are more than capable of providing an amazing evening’s entertainment. The venue is incredibly well-maintained and includes a bar for those who wish to enjoy a beverage as they watch their performance, but of course, the main focus is on the acts. The Stand hosts both new and upcoming comedians as well as more established names such as Larry Dean, so you can be completely confident of an evening of discovery and laughter whenever you choose to go to this unique date idea in Glasgow.

9. Admire the stunning views from The Lighthouse The Lighthouse offers what are widely considered to be the best aerial views of Glasgow, set in a building that once housed newspaper offices. The observation deck is likely to be the highlight of your visit, thanks to the impressive views, but when there, you’ll want to take the time to explore the exhibit rooms - which focus primarily on the work of Charles Rennie Mackintosh, a Glaswegian architect - as well as the fantastic cafe on the fifth floor. Pollok Country Park is the largest park in Glasgow at 146 hectares (361 acres) in size, and it has a strong reputation as one of the best parks not just in Scotland, but in Europe - the park won “Best Park In Europe” in 2008. The park features woodlands, walled gardens, picnic areas, a beautiful wildlife garden, a building containing the fascinating Burrell Collection, and a number of other features that will ensure a fantastic day out is had by all. 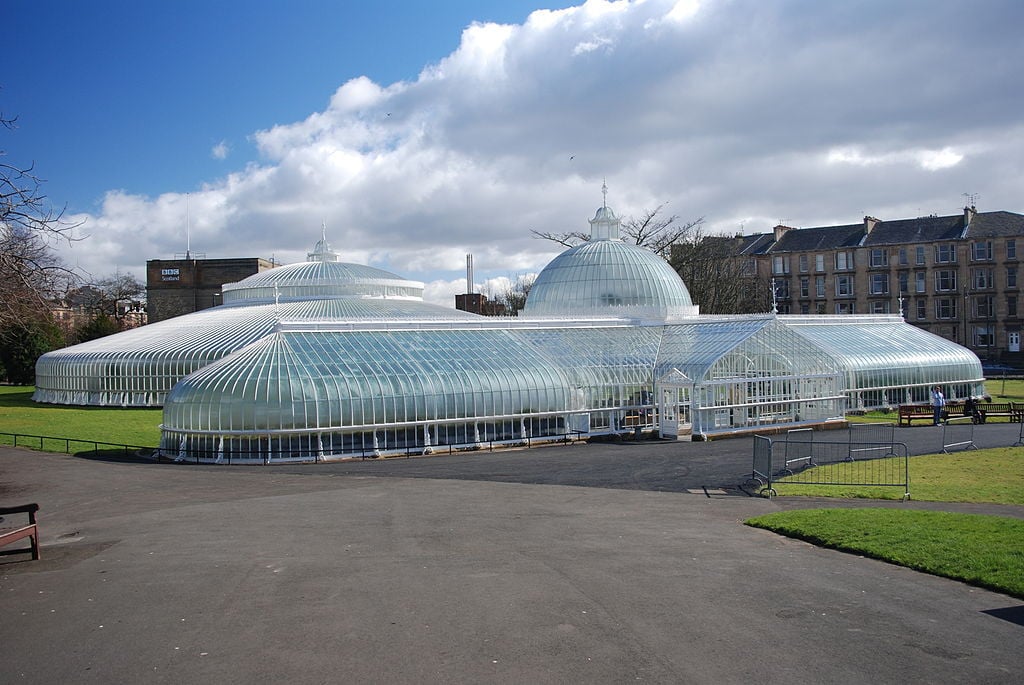 Found in the West End of the city, Glasgow Botanic Gardens is a wonderful place to visit if you’re spending time in the city. The garden is particularly known for one of its glasshouses, known as The Kibble Palace, that sits on the site and features a collection of Antipodean tree ferns. In addition to The Kibble Palace, you’ll also be able to admire the rest of the gardens during your visit, see the sculpture collection, and then visit the charming onsite tearooms to complete your trip.

12. See the city in style on a River Clyde Cruise The River Clyde runs through Glasgow, and many visitors to the city like to take the chance to climb aboard a boat to explore a little further afield. There are a number of different cruises available to try, most lasting between three and four hours, often to Lochs such as Loch Long and Loch Goil. What’s more, some cruises even offer the chance to see dolphins during the trip - if the dolphins decide to show themselves, of course! Cruising the Clyde is definitely one of the best ways to get the most from Glasgow and its surrounding areas.

An unforgettable trip to Glasgow

Glasgow has so much to recommend that you could easily find another 10 or 20 attractions on the course of a walk around the city, but the ones listed above are as close to perfect as it gets. From superb tearooms with a wonderful aesthetic to venerable theatres, and a wealth of parks that suit romantic walks, you won’t regret a trip to the Dear Green Place.

Explore Glasgow
Good things are meant to be shared!