Sail On The Matthew Of Bristol Harbour: Tours And Sailing Journeys

Bristol harbour looks very modern. New buildings, new architecture, even the old buildings have been remodelled as cafes and museums. But the boats moored in the harbour are old, for the most part, or memories of old boats, at the very least. Maybe I should say ships. I’m sure the hands on the Matthew would correct me but I’m afraid I can’t remember. No doubt they would be vexed as well. If you want to find out, the crew would no doubt be happy to set you straight when you embark on a tour of the harbour with them, and then you get to see all the sights from the water as well.

A ship with history The Matthew is a replica of the ship sailed across the Atlantic by the explorer John Cabot in 1947. He was trying to find a trade route to Asia and accidentally ended up in America (sounds familiar?). Using stunning creativity and bad grammar, he named it Newfoundland. So, depending on how you look at it, John Cabot was either the person who discovered North America or he was a terrible navigator.

A whole host of activities You can sail in a replica of this hugely important and largely forgotten ship. The replica has even replicated the same voyage, only on purpose this time. The Matthew is available for a variety of excursions, from renting the whole thing for private events, to embarking on voyages of varying lengths. These include a two-hour voyage with fish and chips thrown in (personally I’ve never been a fan of the fish part of fish and chips but chips are amazing. Chips with salt and vinegar. Be careful though, salt’s bad for you, as a chippy once told me, but it’s alright though because the vinegar counteracts it). Otherwise there are trips with sea-shanty singing or, if you’re feeling fancy and very British, there’s the cream tea trip. If you have a whole afternoon to spare, there’s a journey up the Avon Gorge, depending on the tide.

A worthwhile trip down the harbour Short of these though is the basic one-hour trip up and down the harbour. It’s well worth the time. The ship itself is something to behold. They don’t unfurl any sail, with the engine to be getting on with. Which is probably a blessing, to be honest, listing at a forty degree angle on a medieval ship isn’t something I’m after. Can you imagine sailing across the Atlantic in it? The worst you’re going to have to deal with in Bristol harbour is some sleet, a bit of sunshine if you’re lucky, and more sleet (welcome to England). You can’t blame that on the Matthew though. On the ship there’s a bar selling cider and beer, which you should drink so you have an excuse to visit the bathroom and check out the claustrophobic, dark hold (how many years did they have to sleep in there?). Otherwise, enjoy the trip as the best way to see the harbour. You could easily do the same trip by foot but why walk when you can sail.

The beauty of Bristol Harbour And there’s plenty to see as well: the SS Great Britain for example. This was, apparently, the longest passenger ship in the world for 10 years in 1845, which seems like a bit of a reach for an interesting fact but then, some people like trainspotting. Other people like ships. If you’re the latter, the SS Great Britain is also a museum. A more worthwhile fact might be that it was built by Isambard Kingdom Brunel. More than just a pretty name, Brunel was the engineer who almost single-handedly powered the Industrial Revolution, building some of the largest and fastest iron ships, half the railways in the country, most of the canals and many of the bridges. There are other ships, all with history behind them, and if you want to know, and can handle the West Country accent, the sailors (or are they deckhands or seamen or… I don’t know) will help you out. Otherwise, there’s plenty to just look at as you go down the harbour, smaller boats tripping down the river, people promenading (I feel like you can’t just walk along a port) down the quays/wharfs.

What to do with the rest of your day As for the rest of your day, when you disembark or… embark, the ship and harbour are very close to the centre of Bristol and the harbour itself is redolent with pubs and restaurants and cafes. About a half-hour walk away is the train station which will take you all over the country, but Bristol itself has plenty to offer, from Clifton Suspension Bridge (designed by Brunel), Cabot Tower and plenty of museums to one of the best music scenes in the country, St Paul’s Carnival if you’re there in July, and of course the architecture of the city centre.

A standard adult ‘Harbour Trip’ which leaves hourly on Saturdays from 10 am until 1 pm is 12 GBP (15.93 USD). You can book these and other trips online, by phone, by card and through PayPal. 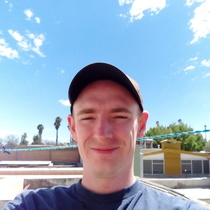 Hello, my name’s William, born in Ireland, grew up around the world and now living in Mexico where I teach English and spend all my free time writing. I enjoy getting comfortable in the places I...Read more
Have a question? Ask fellow travellers and travel experts here.
Want to contribute as a Local Expert?
Register Here
Hotels
Lowest Price Guarantee