The Titanic Belfast Comes To Life In Northern Ireland

The Titanic is the world’s most famous ship. Built in Belfast’s historic shipyard, you can now walk in the dangerous footsteps of the men who put their lives on the line to build the monstrous ship. Here, the Titanic story is brought to life with nine interactive galleries in the iconic structure.

The history of Titanic Belfast On Saturday, March 31st, 2012, exactly 100 years after the Titanic’s initial launch, the Titanic Belfast opened its doors to the public. It was Northern Ireland’s greatest tourism structure and one of the most dramatic projects that year. At a cost of roughly 97 million GBP (126 million USD), the iconic six-floor structure contains nine interactive and interpretive galleries. These galleries allow you to discover the stories behind the Titanic. In the world’s largest Titanic experience, you will encounter the sounds, smells, and sights of the people who made the massive ship and the city in which it was built. It is located in the same spot where the ship was conceived, designed, constructed, and launched; next to the Hamilton Graving Dock, Wolff Drawing Offices, and the Slipways.

The exhibition and galleries Guests will take a voyage on rides and by foot to explore through nine galleries including Boomtown Belfast, Titanic Shipyard, launch, maiden voyage, traumatic sinking, and Titanic’s final resting place. Every gallery focuses on one part of the Titanic using video, scale models, and innovative design to bring the story to life.

The shipyard ride is one of the best features in the building. Guests will observe the challenges, complicated procedures, and life threatening activities involved in building the massive ship. Here you will also discover the immense size of the ship, the amount of materials required, the number of men needed, and hours of work to be done.

In another gallery, you will have the opportunity to appreciate the craftsmanship of others building the Titanic. A 3-D cave allows you to stroll through the corridors of the Titanic observing the interior including the upholstery, engines, and boilers of the ship. Those aren’t just wooden benches surrounding the building. It is the sequence for Morse code that was sent out by the Titanic after it hit the iceberg. It reads “DE (this is) MGY MGY MGY (Titanic’s call sign) CQD CQD SOS SOS CQD” clockwise around the building. The bow and halls of the ship are represented in the shape of the building and are the same height of the keel to deck on the Titanic.

One of the largest maps of the Northern Hemisphere is on the plaza surrounding the Titanic Belfast. It follows the Titanic’s route and is 10,000 m² (107,639 ft²). A life size plan of the Promenade Deck, where the ship was constructed, is on the slipways outside the building. These slipways also alternate four timber decking with grass lawns to represent the survivors and victims.

The SS Nomadic was built as the original tender ship to the Titanic. The last remaining White Star Line vessel can now be visited at the Hamilton Dry Dock. Known as Titanic’s little sister, it was constructed and designed with the same craftsmanship as the Titanic. Visitors can admire the original decorative panels, doors, staircases, and plasterwork that welcomed the first and second class passengers. The SS Nomadic continued a busy life at sea after the Titanic sank. Not only did it serve in World War I and II, it also served the Queen Mary and the Queen Elizabeth luxury cruise liners. Here you can spend some time with the likes of celebrities, soldiers, and past passengers in the largest Titanic artifact in the world.

See the amazing view of just how grand the Titanic was. The Thompson Dock and Pump House showcases the custom built 84 m (900 ft.) dock created for the Titanic and associated ships.

Harland & Wolff drawing office is where the dream of the Titanic came to life. A portion of the Edwardian-listed office was recently renovated and the remaining portion of the building will be turned into a boutique hotel.

The Paint Hall, also known as Titanic Studios, has played a large role in the Game of Thrones original series.

Tickets are offered every 15 minutes during opening hours. They include entrance to the SS Nomadic and are valid for 24-hours.

Entry for an adult is 17.00 GBP (22.10 USD). Tickets for children aged 5–16 are 7.25 GBP (9.40 USD) and children under 5 are free with an accompanied adult. Family packages, senior, student, and unemployed discounts are also available. Check the website for more information on ticket prices. 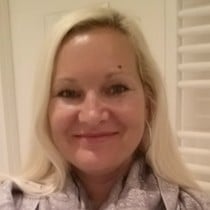