9 Exciting Things To Do Around Hachinohe, Aomori Prefecture, Japan

Located at the northern tip of Honshu by the Pacific Ocean within the Aomori Prefecture is Hachinohe. Hachinohe is known for its scenic coastline, marine products from the Port of Hachinohe and the exciting festivals. Enjoy Hachinohe, where people live with the sea, with this list of things to do in this area. Nationally designated as a place of scenic beauty is the wondrous Tanesashi Beach. Located at the southern portion of the city by the coastline of the Pacific Ocean, it is known for its sandy and rocky beaches. Featuring natural grass that grows to the beach’s edge and its breathtaking scenic views, experience the nakisuna (singing sand), where the sand will make sounds while walking and the vast grassy meadows with many rare ocean flowers and plants. Known as the seagull island, Kabushima Island sits offshore Hachinohe as a national natural monument. The island is home to 4,000 black-tailed gulls, the Umineko. The Kabushima Shinto Shrine is dedicated to Benzaiten. People go there to pray for relationships, as the Umineko are known to be monogamous. Be photobombed by one of these cute Uminekos while taking a selfie, as the island is not overrun by tourists yet, but mostly by these black-tailed gulls!

Posted by JAPANSIGHT.com on Wednesday, 3 August 2016

A large citywide festival, known for being “Japan’s Biggest Float Festival”, Sansha Taisai could be translated as “Three shrines festival” as it is held by three Shinto shrines. 27 different floats go through the main streets of the city, and people with drums, flutes and loud calls flow along with the floats. They are also accompanied by men in samurai costumes on horseback, and tiger dancers. Experience the main festival of the town during summer time.

Enter the portal to Hachinohe as a starting point for getting to know the city. Get greeted by over 200 of “Yawata-Uma”, a traditional craft made by Nojiro Okubo, as you go to the entrance. The Hachinohe Portal Museum Hacchi exhibition booths are in the form of yatai (stalls) with local foods, festivals, local attractions, traditional crafts, history and culture, and also morning markets. Get to know the city up close and personal with the Portal Museum.

Foodies!!! Ready to have your minds (and stomachs) blown? Welcome to the largest market in Japan - Tatehana Wharf Morning Market in Hachinohe, Aomori. With over 400 stalls selling every kind of Japanese street food you could ever desire, this is a must on your Japan gourmet bucket list. And food isn't all that's on offer... http://bit.ly/2qdZ7oM

Start your day in Hachinohe with this morning market. Held every Sunday at Tatehana Wharf starting at 5 am, it is said to be the largest morning market in Japan. There is a variety of fantastic food, local vegetables, fresh and cooked marine products, all at reasonable prices. There are usually long lines of people excited to try out the dishes. A local attraction, off the beaten track.

One of the country’s most famous and colorful destinations. The environment changes color during different seasons, giving it a natural green in spring and a warm shade of red-orange, starting from late October before winter. The river starts at Nenokuchi, where there is an easy to walk trail which leads to the upper passage of the stream between Nenokuchi and Ishigedo. Along the way are bridges, waterfalls and bus stops. Experience the ever changing landscape of the amazing Oirase River.

Hasshoku Center is a market with an unforgettable experience. There is a BBQ area where one can cook fresh meat or fish after purchasing from the stalls. There are two restaurant areas inside, Kuriya Stadium and Aji Yokocho. At Kuriya Stadium, there’s a conveyor belt sushi bar, donburi dishes, and take out sushi. At Aji Yokocho, you can find Hachinohe ramen, soba and udon noodles. Hasshoku Center has a large variety of seafood, dried goods, confectionery, vegetables, fruits, alcohol and more. An hour south of Hachinohe in the Iwate Prefecture from the toll road is Appi! Meaning “a place where one can live in peace” in the Ainu language, Appi is one of the largest ski resorts in Japan. With fun skiing/snowboarding in winter, with a perfect mountain for intermediate riders. There is also hiking, beautiful scenery and other outdoor activities to enjoy in this area as well as an abundance of onsens and restaurants. Be happy in Appi, any time of the year!

With its traditional roots and prehistoric origins, Hachinohe brightens up one’s experience with its many interesting wonders. The area is a treasure hunt filled with many exciting festivals, nature, beauty, and more. A lifetime worth of inexpressible memories, dreams, and joy which one will encounter when visiting the exciting Hachinohe. 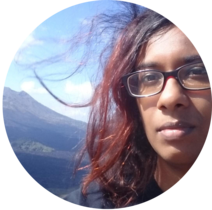