Ciao! 9 Best Things To Do In And Around Civitavecchia, Italy - Updated 2022

Civitavecchia is a pretty town, just across the Mignone River from Rome. Known as Rome’s ancient port, it’s history goes all the way back to Etruscan times. If you’re seeking a tranquil holiday in Rome without all of its hustle and bustle, this place is your best bet. You’ll be amazed by the cleanliness in this little township, as well as the variety of open cafes and shopping spots!

As always when visiting a new place, you’ll want a list of the best things to do and visit while you’re here. Read on, and you’ll discover some pretty fancy, one-of-a-kind nooks you can visit while you’re in Civitavecchia, Italy! The Fontana del Vanvitelli is an enchanting fountain that is well preserved by the community and truly stands out, with its shades of white. It is made entirely out of travertine, a form of limestone. Located in close proximity to the harbor, Fontana del Vanvitelli was inserted into the walls as a means of defending the city against enemy attacks. The main detail of the fountain is its head, with its figure of a faun (half human and half goat). This deepwater port of Italy was founded more than a millennium ago, under the watchful eyes of the Roman Emperor, Trajan. Today, it is home to a myriad of cruises, with many ferry lines operating from its base in Sicily, Sardinia and other parts of the Mediterranean.

There are shuttle buses (some complimentary, others with a fee) that will bring you to your ship or the Civitavecchia Railroad Station. It’s a great place to be if you want a few hours of salty air and later, a cruise trip to show you the sights of the ocean!

Aquafelix is a water park that’s got waterslides for everyone to use, irrespective of your thrill level or age! Shows go on during the day, with tons of music being played all around. As far as meals go, you’ll be spoiled for choice with the menus at the pizzeria, bar and restaurant. There are huge solariums throughout Aquafelix and it’s also on the Top 10 list of the most beautiful water parks in the country.

It might seem tiny to some, but this national museum is power-packed. Each display has its own multi-language signage and, as far as moving about goes, the museum’s passages are wide and definitely intoxicating. It’s a well-lit, airy museum, that provides its visitors with interesting exhibits on Italy’s rich historical eras. There are two levels dedicated to pottery items, headstones and artifacts, too. And, the last we checked, there was no entry fee! This is a bathing complex that dates back to the Roman times. It’s nestled atop a hill and is surprisingly not packed with tourists. The great thing about this place is that you’ll be able to walk around and touch the remains of the complex. There is also a decent amount of information available in English for international visitors. Entrance for non-guided entry is 5.94 USD. This cathedral is the largest church in Civitavecchia and it is dedicated to St Francis of Assisi. It was constructed on the remains of what used to be a Franciscan church, that was erected in 1610. The church became a cathedral in 1805. It suffered some serious damage during bomb attacks back in 1943 and was finally restored under the guidance of Plinio Marconi, in 1950. The church has a singular nave with a baroque-themed double-ionic facade. This is a landmark that should truly be on your checklist, while you’re in Civitavecchia. The story goes that in February 1995, a small statue of the Virgin Mary was seen to be weeping blood, in a family garden in St. Augustine’s parish, Civitavecchia. It continued to weep blood into March that year for a total of 14 times.

Allegedly, the tears underwent scientific examination and were determined to be indeed made of human blood. In 1995, the Madonna was moved to the to St. Augustine’s Parish where it has been a site of pilgrimage, ever since. This is an intriguing display that mustn’t be missed! The Michaelangelo Fortress dominates the water, with its imposing design, said to be done by the famed artist, himself. While the interior is closed to the public, you will still be able to view the exterior architecture. Great for photos, there are open, public places along its foreshore. When you’re done, you’ll be able to rest at the cafes and restaurants that dot the place, all around.

A trip to Italy is incomplete without sampling the fruit of the grapevines. In Civitavecchia, there aren’t really any wineries, but all you have to do is head on to Montefiascone and Tarquinia, for some good sips of red and white wines. Italy has many interesting nooks and corners for you to delve into. Make it happen and explore the countryside and port of Civitavecchia, while you can! 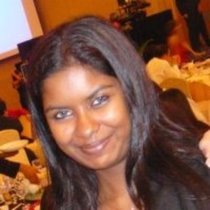 A woman who loves her books and passport with equal passion. Travelling opens up many different outlooks on life, so why should one be confined to just one place?
Want to contribute as a Local Expert?
Register Here
Hotels
Lowest Price Guarantee