What To Eat In Okinawa? A Guide To 10 Of Okinawa's Best Food

Okinawan food is heavily influenced by South East Asian, Chinese, Korean and mainland Japanese cuisine. Many food in this list are therefore a mark of historical progression as Okinawa adds its spin to each dish. Even now, food are termed “nuchigusui” in dialect, meaning “life’s medicine”. This reflects a belief that illnesses can be healed through food. So here is a list that heals our hunger and our health! Rafute is skin-on pork ribs stewed in soy sauce and brown sugar. Originally a Ryukyu Royal Cuisine, it is believed that Rafute helps with longevity. An indispensable part of Okinawa cuisine, Rafute should not be missed in any of your meals during your stay in Okinawa! Chanpuru is an Okinawan stir-fried dish. It generally consists of tofu combined with some kind of vegetable, meat or fish. Goya Chanpuru, considered as the quintessential chanpuru dish, consists of bitter melon, egg, tofu and either luncheon meat or thinly sliced pork. Luncheon meat is common in Okinawa chanpurus due primarily to the US Navy’s historical influence.

Chanpuru is Okinawan for “something mixed” and the word is sometimes used to refer to the culture of Okinawa, as it can be seen as a mixture of traditional Ryukyu, Chinese, Japanese Southeast Asian and North American culture. The term originates from the Malay or Indonesian word “campur”, which means mix.

DC! due to construction work on site TREEHOUSE HTL

Okinawa (Soki) Soba: A unique soba different from soba all over Japan

Soba generally refers to buckwheat noodles, as its name originated from buckwheat (soba-mugi). However, the Okinawa soba is different in that it uses wheat instead of buckwheat, and was supposed to drop its name of soba as it does not adhere to the definition of “at least 30% buckwheat noodles” that came up under a fair competition regulation. A compromise was made between the Okinawa Noodle Manufacturing Co-op and the Fair Trade Commission to call it Okinawa Soba. It is also originally part of royal cuisine in the past.

The noodles tend to be slightly flat and served in a broth flavoured with seaweed and Rafute or boneless pork ribs. There are several variations as time goes by, and now more toppings are used, like pork trotters, fishcake, scallion and sea lettuce.

For tofu lovers, Yushidofu is a must-try tofu cuisine. An unsolidified tofu soup with shredded green onions to enhance its taste, this dish is easy to prepare, healthy and tasty. A regional specialty of Okinawa, Hirayachi is an Okinawa-style pancake. A thin, crispy and chewy pancake containing chive, green onion and tuna altogether, it is a popular snack as it is easy to prepare. It is the perfect snack to go with alcohol. More interestingly, it is the emergency food for regions where typhoons hit, since the ingredients are simple and easily accessible. Even till now, there is a custom of eating Hirayachi when typhoons hit Okinawa and people are unable to do grocery shopping. Sata Andagi are sweet deep fried buns of dough similar to doughnuts, native to Okinawa. Traditional Okinawan andagi is made by mixing flour, sugar and eggs. The ingredients are mixed into a ball and deep fried. Sata Andagi originated from similar deep fried buns in China, and made with a mixture of Chinese and Japanese techniques. They are typically prepared so that the outside is crispy and browned while the inside is light and cake-like. Taco-flavoured ground beef served on a bed of rice, often with shredded cheese, shredded lettuce, tomato and salsa. The Tex-Mex flavour is sometimes emulated through the use of soy sauce, mirin and sake. Occasionally it is served with rice in a tortilla roll. The ingredients of taco meat, rice, and cheese are combined, dipped in batter, and deep fried into a “taco rice ball”, served with salsa or tomato ketchup. Very popular with the US military personnel stationed in Okinawa in the past, it is still very popular in Okinawa now.

A&W: American fast-food chain available only in Okinawa within Japan A&W is certainly not an unfamiliar name to many. In many respects, a taste of A&W is reminiscent of its early glory days in the 1950s. Within Japan, the only A&W franchise fast-food restaurants are in Okinawa. While A&W restaurants are distinguished by its draft root beer and root beer floats, one of the current key selling items at the Okinawa store is the Pari-pari Philly Cheese Sandwich, packed with a good load of cheese, vegetables and beef or chicken patty.

Ploughman’s Lunch Bakery is a popular Western food store in Okinawa, claiming to bring the best of bread and coffee. Famous for its calming atmosphere, the bakery has a natural decor from the outside and the inside is filled to the brim with the smell of freshly baked bread, very homely. A great place to relax with good food, serving all-day breakfast.

Yukishio Sea Salt Soft Cream: Ice-cream with the most minerals in the world

Yukishio is certified as “The salt which contains the most variety of minerals in the world” on August 2000 by the Guinness World Records. In 2006 and 2007, Yukishio won the golden prize 2 years in a row at the Monde Selection, which is said to be the Olympics of food production. You definitely cannot find this anywhere else at the moment, so it certainly is a must-try.

Hopefully this guide has been helpful in your plans for your very own Okinawa trip. Enjoy your time there chomping your way through the old and new tastes of Okinawa! 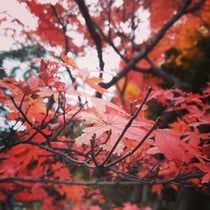 Hi there and thanks for reading my articles! I am a strange mix of traveler, psychologist-in-the-making and aspiring Chinese lyricist. Hope you enjoy my writing and if you are interested to...Read more
Want to contribute as a Local Expert?
Register Here
Hotels
Lowest Price Guarantee

Explore okinawa
Good things are meant to be shared!