Baler in Aurora Province, the Philippines is one of Luzon’s hidden gems. Located 231 kilometers (143.5 mi) north-east of Manila, it is only a leisurely five-hour ride from the nation’s capital. Dubbed the birthplace of surfing in the Philippines, it was first known for its waves that can reach up to 2.7 meters (9 feet) tall. This surfers’ paradise is just so because the town’s coast faces the Pacific Ocean with its strong winds and large waves. But Baler has more to offer than just surfing — there’s history in every corner and other places to explore.

the top 10 things you must do in baler, aurora, luzon's hidden gem | ride the waves at sabang beach

Sabang Beach famed for surfing in Baler. Since Filipinos did not know the sport, it was said to have been introduced by Americans who filmed the Vietnam war movie “Apocalypse Now” in Baler. When they left, most of them left behind their surfboards, which were picked up by locals who went on to continue the sport. You can go ahead and rent a board for an hour of hanging ten. Or if you don’t know how to surf, get a few lessons in; there are several surf schools along the beach with experienced instructors. Sabang Beach is perfect for beginners because its soft sand will make your spills and wipeouts easier. There are several hotels near the beach, making it easier for surfers to get up early to catch some waves.

2. Take a walk back in time: visit Museo De Baler

The town of Baler bears witness to the Spanish colonial period and its influence on Filipino culture. At the Museo De Baler, one can catch a glimpse of this period in history, with various artifacts such as Chinese porcelain from the galleon ships, photos about traveling on a galleon ship, as well as artifacts about the Siege of Baler, said to be the final stand of Spanish soldiers during the Spanish-American war. The town’s greatest son, the late President Manuel L. Quezon, is also remembered with his restored presidential car on display in the museum.

The ancestral house of Aurora Aragon-Quezon is located only a few steps away from the Museo De Baler. Aurora Aragon was born in Baler to Pedro Aragon and Zenaida Molina. She married Manuel L. Quezon, who later became the second President of the Philippine Republic, making her the second First Lady of the Philippines. The house stands on land that is owned by the Aragon family and its structure reflects classic Philippine architecture reminiscent of the “bahay kubo,” a simple hut made of wood and nipa (Palmer’s grass) for roofing. The house is said to be an extension of the Museo De Baler, as this is where the restored cars of late President Manuel L. Quezon are displayed.

4. Take a walk back in time: visit Ermita Hill

Ermita Hill is located in Barangay Zabali, Baler and while it may not have artifacts like the museum and the ancestral house, it does commemorate a catastrophic tsunami that occurred in 1735 that wiped out the settlements in town. As the tsunami ravaged the town, the few surviving families made their way to Ermita Hill to seek refuge. They survived and joined the local parish priest in rebuilding the town. As visitors go up the hill, they will see a set of statues of people helping each other up the hill, put up as a remembrance to the tsunami survivors. Upon reaching the top of the hill, visitors will be rewarded with a view of Baler Bay, Sabang Beach, and the Pacific Ocean. Picnic facilities, a chapel, and gazebos are also available for visitors to stay a while and enjoy the view.

Dicasalarin Cove is a stunning cove that is privately-owned by the Angaras, who also own Costa Pacifica. If you want to come here and get a discount on the entrance fee of 6 USD, you must be a guest of Costa Pacifica. Tours to the cove can be easily arranged with the hotel, and the entrance fee will be slashed to just 2 USD. The cove is known for having one of the best vistas of Baler, which can be seen from the modern lighthouse in the cove, or the nearby weather station. Going to the cove, one must take a four-by-four vehicle as the road is steep.

Price: gate pass fee 6 USD (if not a guest of Costa Pacifica) or 2 USD (if registered guest)

Access: Arrange to get gate passes from Costa Pacifica and a vehicle.

Source: Photo by Flickr user Pulencio used under CC BY 2.0

Surfers who want a more challenging surfing experience should go to Diguisit Beach, located 14.9 mi (24 kilometers) away from the town center, along Baler Bay. The waves here are much harsher than Sabang, and the rocky beach makes it all the more challenging. If you are not a surfer, however, you can go to Diguisit to admire its rock formations called Lukso-Lukso islets. This pair of rock formations show visitors how powerful the wind and sea can be. You can choose to do some rock climbing in one of the islets, or just enjoy a dip in the clear waters of this white sand beach.

Access: by private car, about 24 kilometers from Baler town center; tricycles can also bring you there

This islet marks the southernmost tip of Baler Bay and during low tide, visitors can walk to the islet and explore its interesting surroundings. If you like discovering what kind of marine and plant life can be found in the islet, you may end up spending some time here. For the more daring and adventurous traveler, you can also try your hand at diving and exploring the reefs nearby. A visit here can be done together with a day trip to Diguisit Beach, which is nearby.

If you get tired of the sand and sea, go for the cool mountain-fed waters of Ditumabo Waterfalls. You need to leave the town of Baler for the next town, San Luis, where Ditumabo Falls is located. This adventure, however, would require you to be a bit physically fit, as it requires an hour long trek that is rocky and rough, taking you through several river crossings. The Mother Falls is an imposing 140-foot (42.67 m) waterfall, fed by the Sierra Madre Mountains. You can reward yourself with a cool dip after a tiring trek. Locals are very strict about visitors not bringing any food during the trek to prevent littering. A donation is requested, which goes to the maintenance of the falls and its surroundings.

Access: Ditumabo is 18.6 kilometers from Baler. A private car will take about 30 minutes to reach the jump off point.

Ampere Beach is an hour’s drive from Baler, located in the town of Dipaculao. Before one reaches the Dipaculao town center, Ampere Beach can be spotted along the national highway. The beach, however, is not your typical beach, as it’s too dangerous to swim here because of the strong waves and undercurrents. What visitors do instead is to marvel at the large smooth stones that make up the beach, much like the ones in Boulder Beach, Batanes, but with much smaller rocks. Visitors typically spend less than 30 minutes here and head on to Dipaculao.

Have you ever seen a tree that is 600 years old? If not, marvel at the Millennium Tree, a centuries-old balete tree, found in the town of Maria Aurora, thirty minutes away from Baler. It reaches up to 200 feet (61 m), much higher than Ditumabo Falls, and its diameter is measured by 50 people circling the tree, hand in hand. Balete trees are usually associated with supernatural beings in Philippine folklore. This tree is said to be the largest one of its kind in Asia. An admission fee of less than 1 USD per person is collected. There is a separate fee if you want to climb the tree.

Escape to Baler: sand, surf, sea, and so much more

Slowly, Baler is becoming a tourist destination of choice, not only for surfers but also for those who love an adventure. Its proximity to the city makes it all the more appealing for a quick weekend trip. It provides a quiet escape from the hustle and bustle of the city, one that will truly help you relax and unwind. 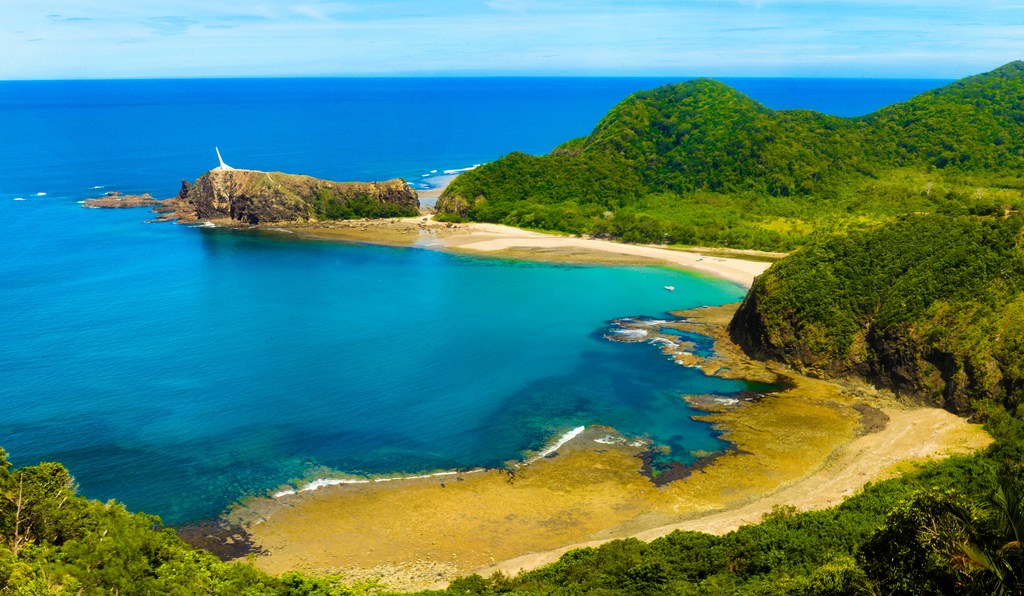 Explore Baler
Good things are meant to be shared!