A Millennial's Solo Travel Guide To The Philippines

Like every other country in Southeast Asia, the Philippines has become notorious for taking advantage of tourists and backpackers. Several websites and forums warn of scams that you might experience along the way — from overpriced taxi fares to questionable accommodation. However, as a local, I can tell you that these scams are often magnified online. For every tourist that gets scammed, there are five more who are actually helped and accepted by one of the most hospitable people in the world, many of which will invite you to their homes for a chat or to stay when you don’t have an accommodation for the night.

If you’re a solo backpacker, the Philippines is an ideal location for your travels. It has over 7,000 islands, all of which have unique natural attractions, cultures, languages, and identities. You’ll find that an island just 15 minutes away might have a different dialect and belief system. Visiting the Philippines is like visiting 7,107 countries, you might say.

If you plan to solo travel the Philippines, here are a couple of insider tips from a local traveler:

Where to go: airports for island hopping 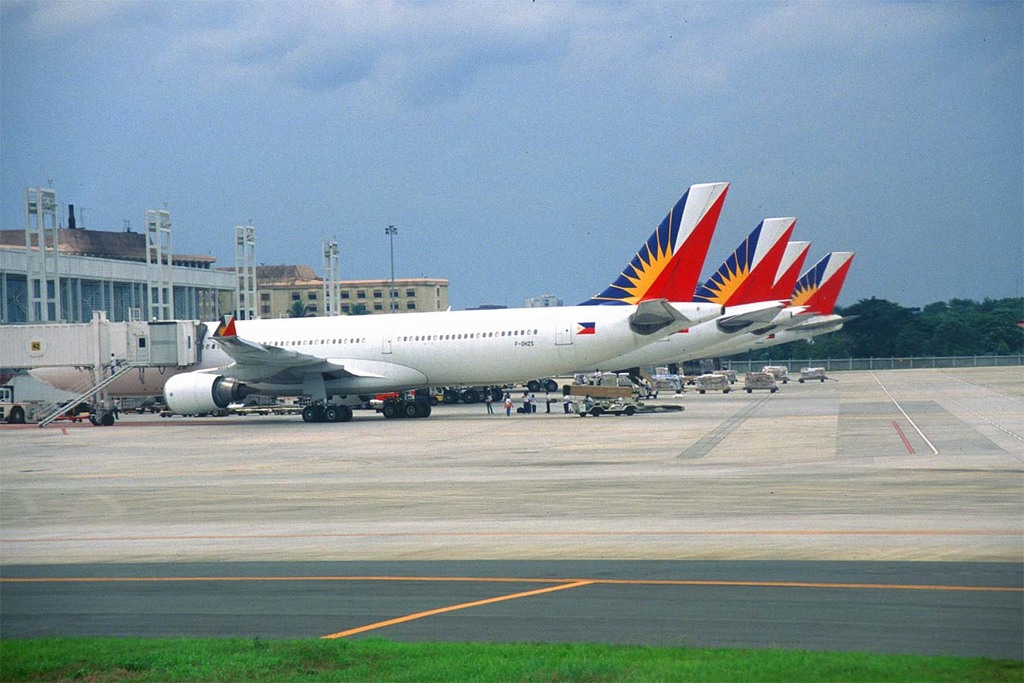 The biggest international airport is in the capital of the Philippines, Manila, the most densely populated city in the world. If you want to escape from the hustle and bustle of the metro area, more international flights are now being opened in southern cities like Cebu in the Visayas, and Davao in Mindanao. In 2017, more international flights will also be deferred to Clark, a well-known adventure sports destination. Cebu is the primary airport of entry for those who want to visit the Philippines’ famous white sand beaches. From the city, you can easily hop to other domestic destinations like Boracay (the number one island in the world according to Conde Nast Traveler). On the other hand, Davao is the primary airport of entry for those who wish to go off-the-beaten-path for destinations such as Siargao (the 9th best surf spot in the world).

Where to stay: guestrooms and private accommodations 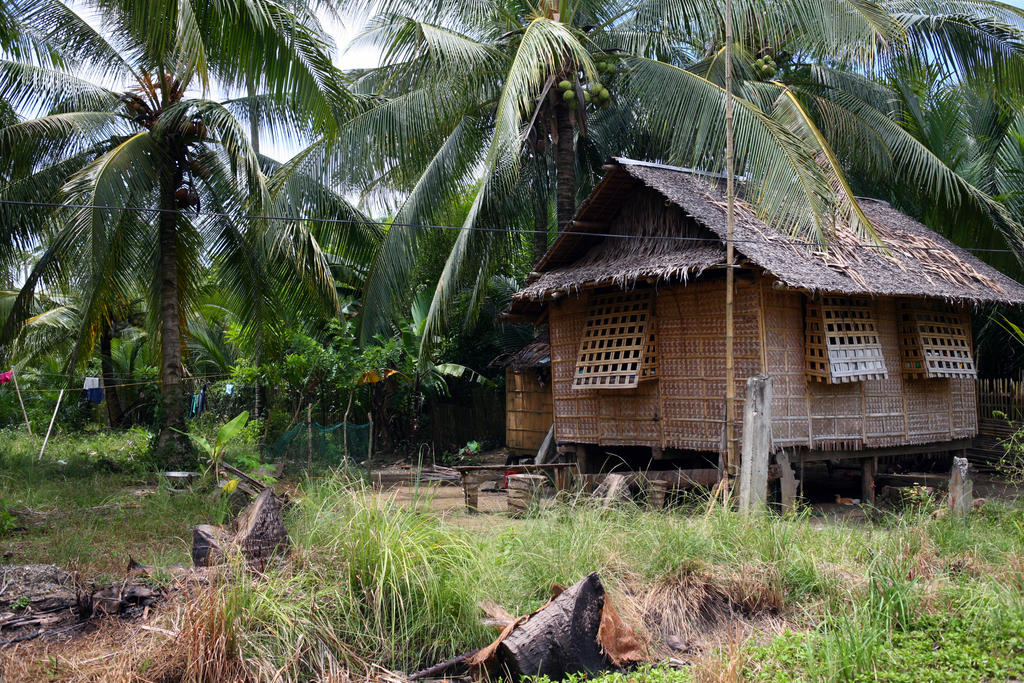 Hostels are still a relatively new concept in the Philippines. However, there are a lot of affordable Airbnb rooms in new condominium units and guest rooms in Filipino residences. In the Philippines, the house, no matter how small, will usually have a guest room for relatives. These are the rooms many private residences usually rent out in Airbnb. Filipinos are widely known for their hospitality, so if you want to have a more authentic local encounter, you might also want to consider being hosted through Couchsurfing. The hosts will usually invite you to dinner or offer to take you around.

Where to eat: street food and carenderias If your stomach can withstand street food, then chances are it can also withstand eating in a Filipino carenderia. The carenderia is a canteen-type setting where you can choose from a selection of favorites — adobo, humba, halang-halang, monggo, or pinakbet — displayed in big pots and pans. Just point to one, and the server will scoop a plate or bowl for you. Pair the main dish with a cup of rice, and ice cold soft drinks (Coke in more urban areas, and RC or Jazz in the more rural areas).

Where to party: bars, pubs and diskohans

Nightlife is usually alive in the more urban parts of the Philippines such as Manila, Cebu, and Davao. More touristy areas such as Boracay and Clark will also have their own version of bars and hole-in-the-wall pubs. In Manila, you can bar-hop in areas such as Bonifacio Global City, Kalayaan, City of Dreams, and Makati Avenue, depending on the vibe that you want to experience. The more interesting cultural experiences though are found in the more provincial areas where there are diskohans or discos usually attached to fiestas. There, you can buy the chance to dance with a village lass, go on a drinking spree with town officials, and watch the many dance numbers the town has prepared.

How to get around: jeepneys and motorcycles 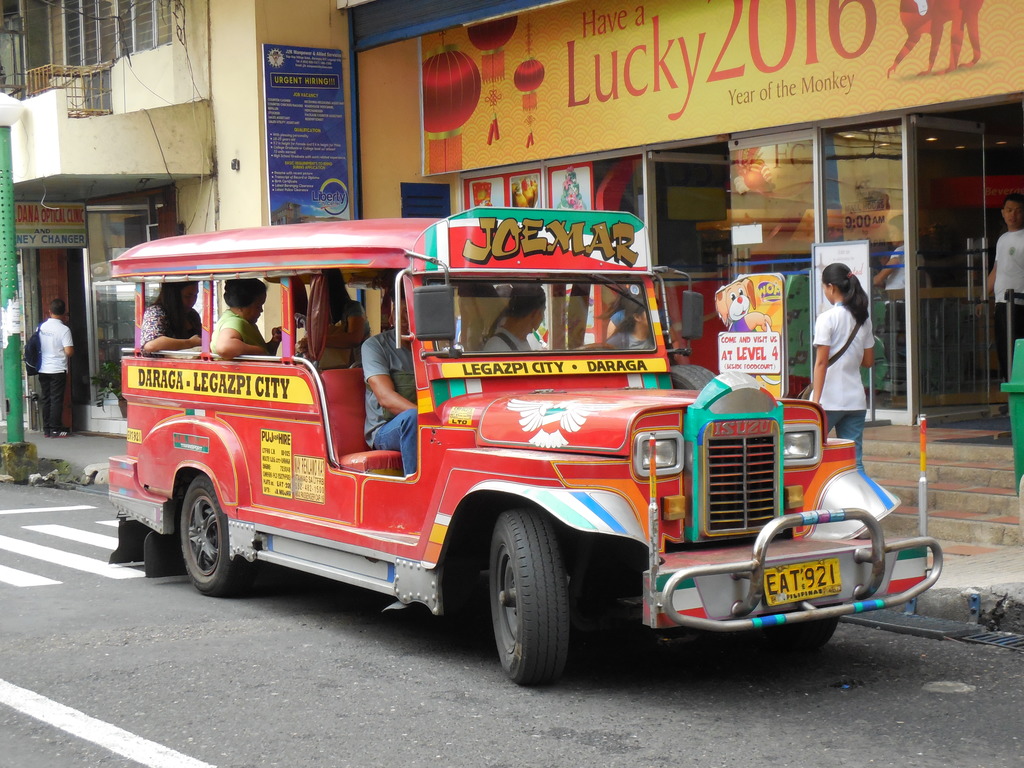 Every traveler going around the Philippines should take a ride in a jeepney — a colorful, open-air vehicle meant to travel specific routes around the city or province — at least once. The vehicle usually seats around eight or ten people, twelve if the jeepney conductor can muster it. And when they can’t fit anymore, they usually hold on to the side of the doorway. In the provinces, the top part usually meant for baggage, is also utilized to hold more people. The smaller version of the jeepney is the tricycle, a motorcycle with a sidecar meant to pass through narrower side streets. Riding in these two types of vehicles, which are quite unique to the Philippines, will complete the experience.

What to wear: go casual The weather in the Philippines is predominately hot and humid. Bring thin tops, shorts, a lot of casual dresses or skirts, and jeans. In the monsoon season, starting around August and stretching to February, weather can be a little erratic. It can be hot one moment, and rainy the next. Bring at least one jacket or windbreaker. If you forget something, you can always pop into a mall or boutique. The Filipino aesthetic in terms of clothing is quite westernized.

What to bring: sunblock and mosquito repellent 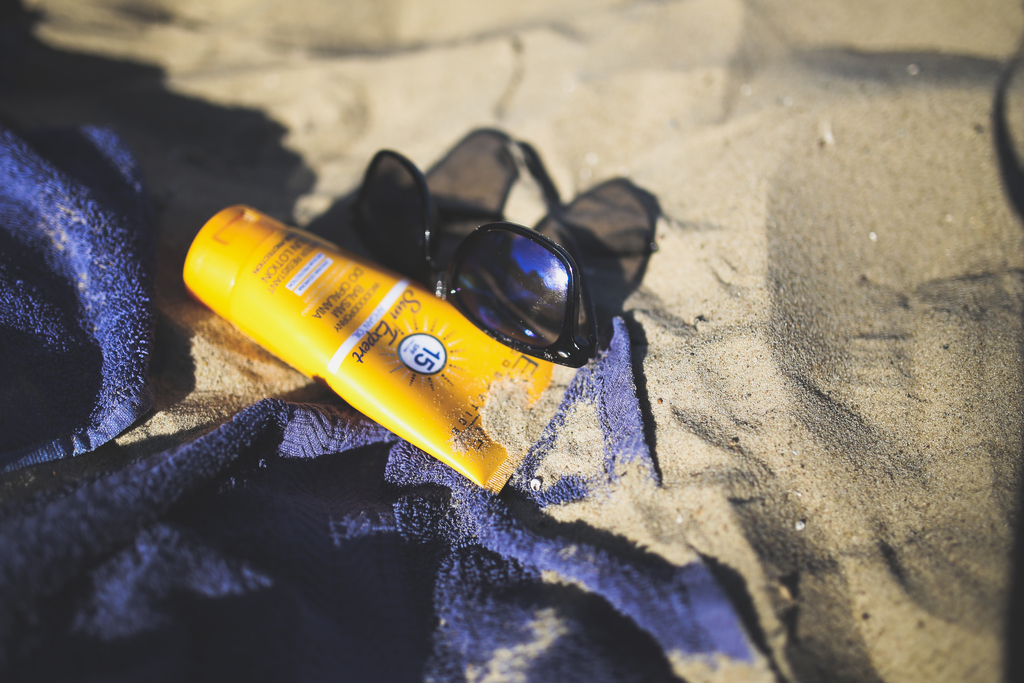 If you’re planning to conquer the outdoors and stay in more open-air areas, such as the beach or the mountains, be sure to bring two things: sunblock and mosquito repellent. Even when the sun doesn’t really show itself during the day, the weather can still get sticky and humid. You will still be exposed to unseen UV rays, so be sure to get sunblock with good coverage and protection, say an SPF 60 or higher.

What to experience: festivals and fiestas 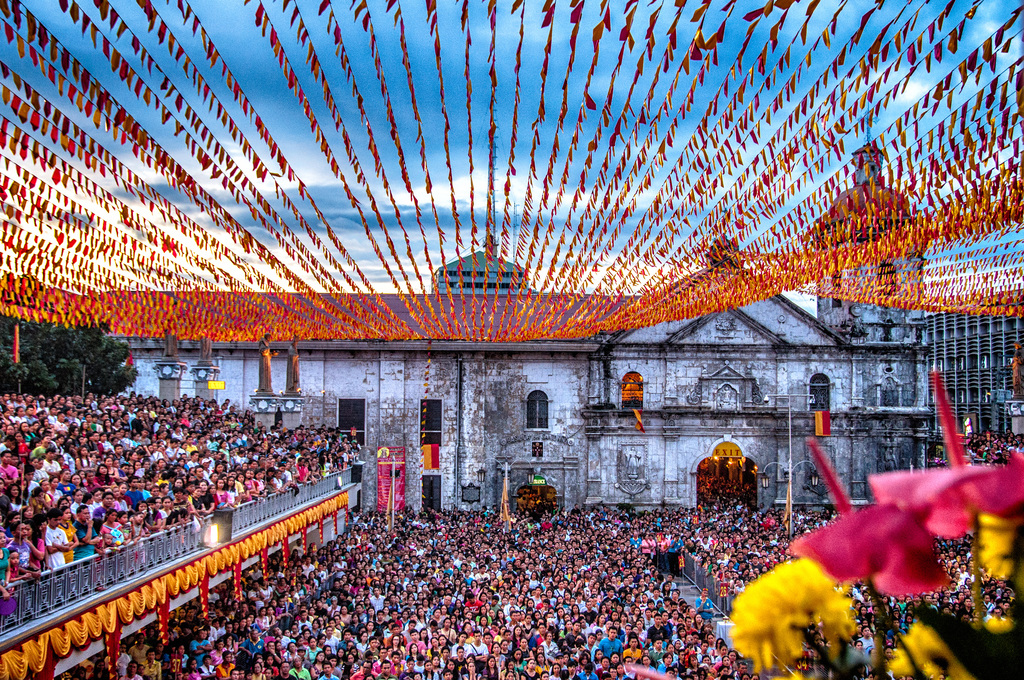 Every province, municipality, and town in the Philippines celebrates a festival. This is usually religiously-inclined with the festival or fiesta meant to commemorate feasts of their patron saint, historical events, or a cultural practice. You can catch the bigger festivals full of street parties, face painting, tribal dances, and parades. There’s Ati-Atihan in Iloilo every 3rd week of January, Sinulog in Cebu every 3rd week of January as well, Panagbenga in Baguio in February, Pahiyas in Quezon every 15th of May, and Masskara in Bacolod every October.

More fun in the Philippines

The Filipino aesthetic often veers on the more colorful side. From the iconic jeepney to its traditional weaves, the Filipino culture visually aims to show you that it can be “more fun in the Philippines.” This tourism tagline represents what the Philippines can offer as a country, and if you happen to be traveling solo, its people more often than not will gladly welcome you with arms wide open, with a beer in one hand, and street food on the other.