9 Best Things To Do In Guangzhou, China

Whenever people think of China they tend to think of all the goods that have a ‘made in China’ sticker on them in their household. Of course, there is more to China than just manufactured goods but if you ever want to dig deeper into the commerce aspect of this great country, then Guangzhou is the city where you should visit. Formerly known as Canton, Guangzhou is well known for being the go-to city for foreign merchants and is well known for being the biggest trading port in the world. Did you know that Guangzhou is the third largest city in China? This city may not be as big as Beijing but there are quite a few things to do here. The park includes roller coasters, a water park, bungee jumping, carnival games, and so much more. To make things more interesting, Chimelong Paradise has 6 more parks that it owns such as: Chimelong Water Park, Chimelong Safari Park, Chimelong International Circus, and Chimelong Bird Park located in Guangzhou. The two parks that are located in Zhuhai are the Chimelong Ocean Kingdom and Cheng Qin Theatre. You should definitely visit this park to get a day’s worth of fun for the family or with a friend. Canton Import and Export Fair is known for being a yearly trading fair that has been around since 1957. What makes this place a big deal is the fact that it is known for having a large amount of people attend as well as having the most business deals carried out at this very location. If you are the kind of person who would love to see the various things that are made in China, then you should attend this event because it has a large variety of products as well as people who buy and sell at this event.

The Canton Import and Export Fair has a ton of movers and shakers at its event who own or rent booths to sell their services or products, whether it is insurance, physical goods, or just simply advertising. This is a great place to come to get a feel for the commerce aspect of China or just to simply get your products in front of a good amount of buyers. Lotus Hill is a beautiful place to sight see and provides peaceful scenery. What makes this a great historical and mythical place to see is that there is a story attached to the location. The story goes like this: there was once a dragon that came from the South Sea who just created chaos upon the Pearl River by creating a flood which caused the native people harm and great suffering. Mother Buddha, who was extremely angry at the dragon’s behavior, was able to calm the dragon down by simply tossing a lotus into the water. The legend itself was that the lotus ended up turning into a mountain years later after that event, which is why the place was named Lotus Hill. Lotus Hill would be a great location for those who would want to visit a place of mystery and wonderment. Located in Guangdong Providence, Shamian Island is an island that is separated by a river and a canal with bridge access. This island is not like any other island that you may have in mind. Shamian Island is actually quite city-like and resembles a downtown area. Its area is full of shopping, restaurants, and is actually one heck of a tourist attraction. If you were to walk down its streets you would see everything that a normal downtown area would have such as a hotel, bank, schools, historical buildings and places of business. The historical buildings include Chinese artifacts, museums, and even a gift shop for keepsakes. What makes Baiyun Mountain a beautiful place to visit is the fact that you can see all of Guangzhou, China from the top of its peak. Baiyun is popular for its name meaning, which is ‘white cloud’. This mountain got its name because of the white cloud that floats above the mountain’s peak. What makes this mountain different is the fact that it is actually a resort that features 7 tourist attractions with 3 landscapes and parks to visit. The seven attraction zones are a part of this mountain’s scenery and include a few parks and gardens. The Museum of the Mausoleum of the Nanyue King is one of the top 80 museums in the world. It is home of the king of Nanyue state whose name is Zhao Mo. Zhao Mo reigned in 137 BC through 122 BC and is part of the western Han dynasty. There is such a rich history to this place because the Nanyue king’s tomb is more than 2,000 years old and was found in 1983 in downtown Guangzhou. If you think that was a major accomplishment you will love this next fact. The king’s burial suit is made up of 2,291 pieces of jade crystal and is held by gold and silver with some copper and silk included.

Website: The Museum of the Mausoleum of the Nanyue King How would you like to visit the 3rd highest tower in the world, let alone China? This view at the top of Canton Tower can make you feel as if you are floating on top of the world. An interesting fun fact about the Canton Tower is that the tower was constructed in 2005 but it wasn’t until 2010 that its name became official after a press conference. This 600 meter (1,968 foot) high tower features sightseeing such as a 4D cinema, shops, a Ferris wheel and more. Chen Clan Ancestral Hall is none other than Guangdong’s Folk Art Museum and it houses 19 buildings, 9 halls, and has 6 courtyards. How’s that for a hall? This building has a very distinctive Chinese architecture and structure. It also has Chinese relics in it that you can find only in China such as pottery, wood art (such as wooden sculptures and wood craving) and all other neatly crafted art pieces.

The museum section was not always there. As a matter of fact, the ancestral hall was built as an original temple to worship the Chen ancestors as well as a school to train for an imperial examination- in other words, a charm school to groom those who were soon to be in power. This folk-art museum is cherished and embraced by China that it is under the protection of the state because of its cultural relics and importance. Would you like to visit the world’s largest wild animal theme park? Go to Chimelong Safari Park! The park has over 20,000 rare animals. Shopping and dining are available at the park and there is also an aerial cable car so you can have a great view of all the animals. The cable cars are new installments and an added bonus that was brought forth after two years of planning. Afraid of heights? There is a feature called Safari on Wheels that allows you to drive yourself, in a car, through the park which allows for a self-guided safari where the animals roam free and you can have your own adventure. You can also decide to venture out on Safari on Foot if you’d like.

A lot to offer

Whether you are a sight seer or planning out things to do with your family, Guangzhou, China has a lot to offer. There is fun to be had with amusement parks, things to learn about, parks to visit, museums, business ventures, and much more. China may be the most business oriented place in the world but it can also be filled with fun. Make Guangzhou your destination for fun with the family. 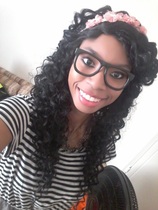 Explore Guangzhou
Good things are meant to be shared!