Best Things To Do In Kaohsiung

On the surface, Kaohsiung is just one big industrial city. It has largest port in all of Taiwan with the sixth largest cargo container seaport in the world, earning it the moniker the “Harbor Capital.” There are huge steel companies, ship builders, container vans, and factory workers out and about around the city. Because of this, Kaohsiung has had to deal with a lot of pollution problems related to the maritime industry in the last couple of years.

It also happens to be the most populated area. Fortunately, the urban development has been well planned with wide streets and good transportation all over the capital. Also fortunate is the very apparent continuing efforts of its government to rebrand the area to more than just an industrial site, but a thriving metropolis with a rich culture and heritage to match its economic progress.

1. Go on a bike tour from Sun - Yat Sen University to Shoushan Mountain 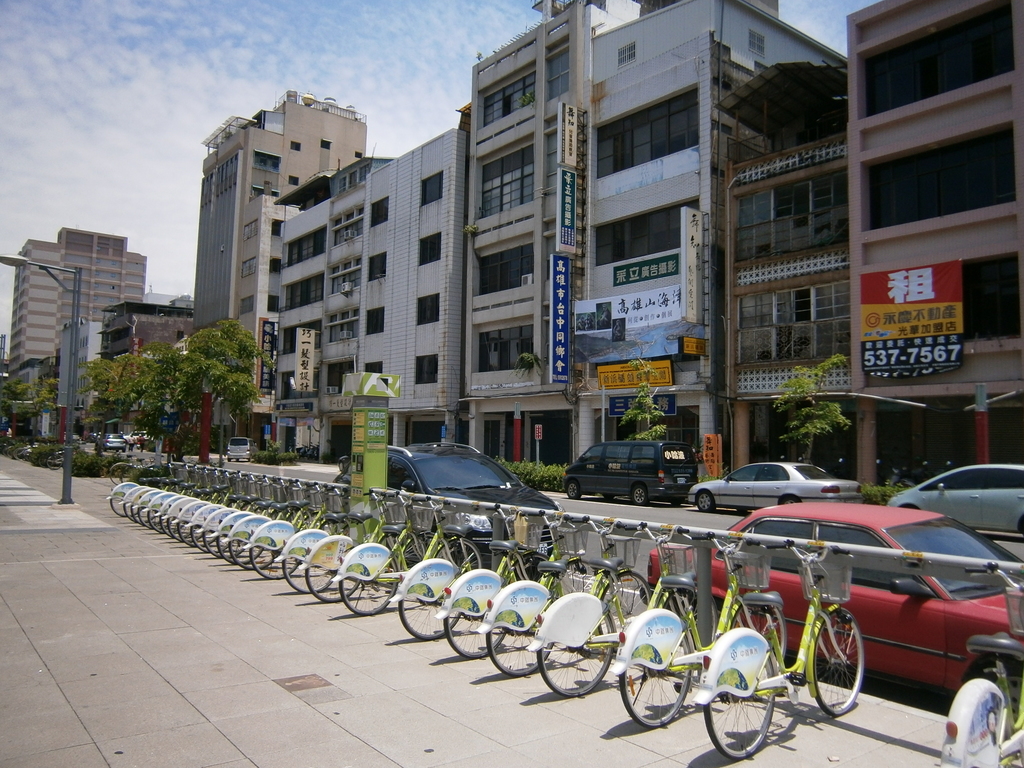 Kaoshiung is an elongated island with wide coastal and mountainous areas that are perfect for cycling. You can rent a bike from different mom-and-pop shops. Vintage bikes with baskets are displayed outside for rental. You can also rent bikes around the city through a service called C-Bike near the MRT station. Just load a K-MRT card, and then you can swipe it to get a bike. If not, most tourists can just use their international credit cards. There are several routes to choose from. You can bike to the lighthouse or the fort. You can also make your way to the market and then go to the beach at the end.

Address: Check C-BIke for updated information on which stations the bikes are

2. Get lit at the Kaouhsiung Lantern Festival 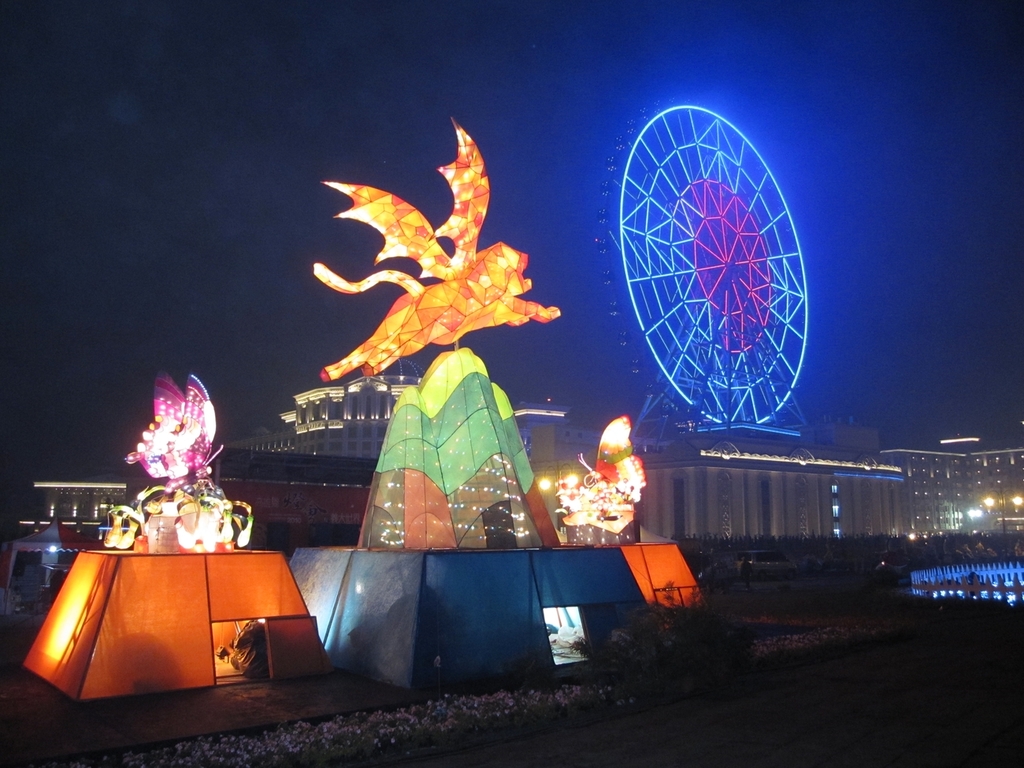 The festival features over a million traditional and creative lanterns, with daily firework displays, light shows, and dancing fountain shows. There are also military bands, group performances, and the annual floats from Kaohsiung’s sister cities. Everything culminates with a fireworks display at Sizihwan Bay and Cijin, with the sea as the foreground and the mountains as background. 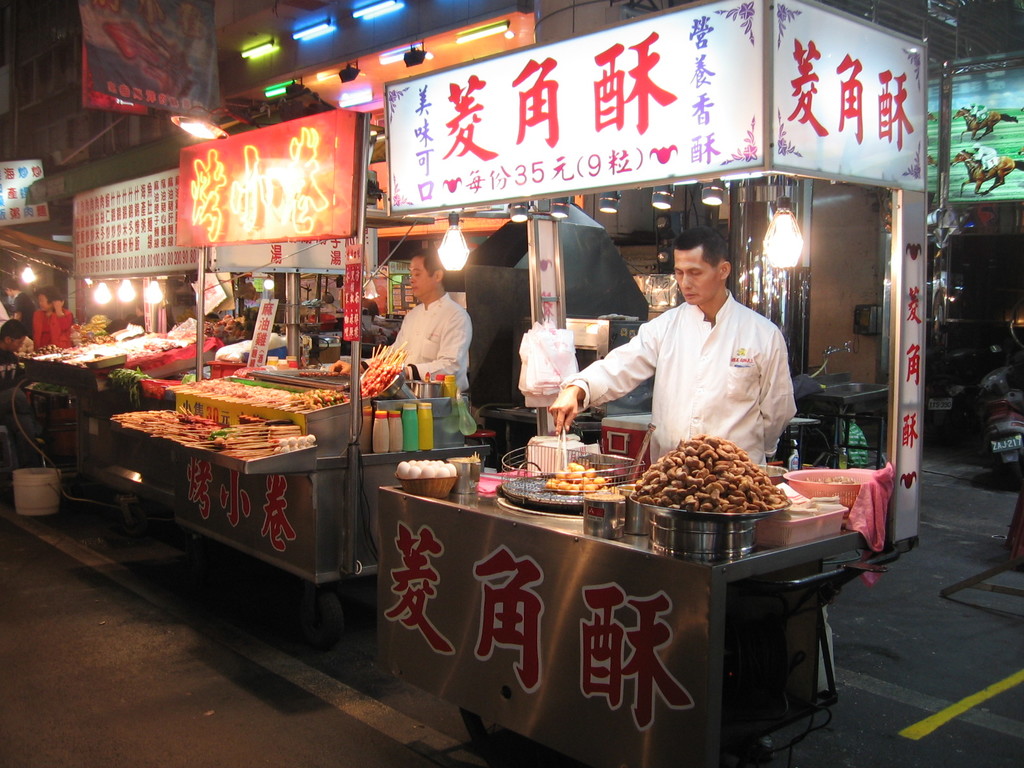 Liuhe’s 2nd Road transforms itself every night. After 6 pm, when the commercial centers and stalls close, they are replaced by small stalls, mostly selling fresh seafood - crab, shrimp, octopus, squid, lobsters, and cuttlefish. It takes about 30 minutes to walk through the entire area from start to end. Make sure you watch for favorites such as the little sausage in the big sausage. This is a combination of barbecued pork sausage complemented with a white sausage stuffed with rice. The pork sausage is placed on top of the white sausage.

There’s also papaya milk at one of the oldest stalls in Liuhe. The thought of papaya milk might not sound very appetizing but it’s actually a creamy, healthy must-try. There are other fruit and veggie milk choices, as well. Perhaps the most exotic dish at Liuhe is at the snake restaurant (you won’t miss it, there’s a big cobra sign in front of the building), where you can try stir-fried cobra meat or soup.

4. Go on a self-guided walking tour around the Lotus Pond 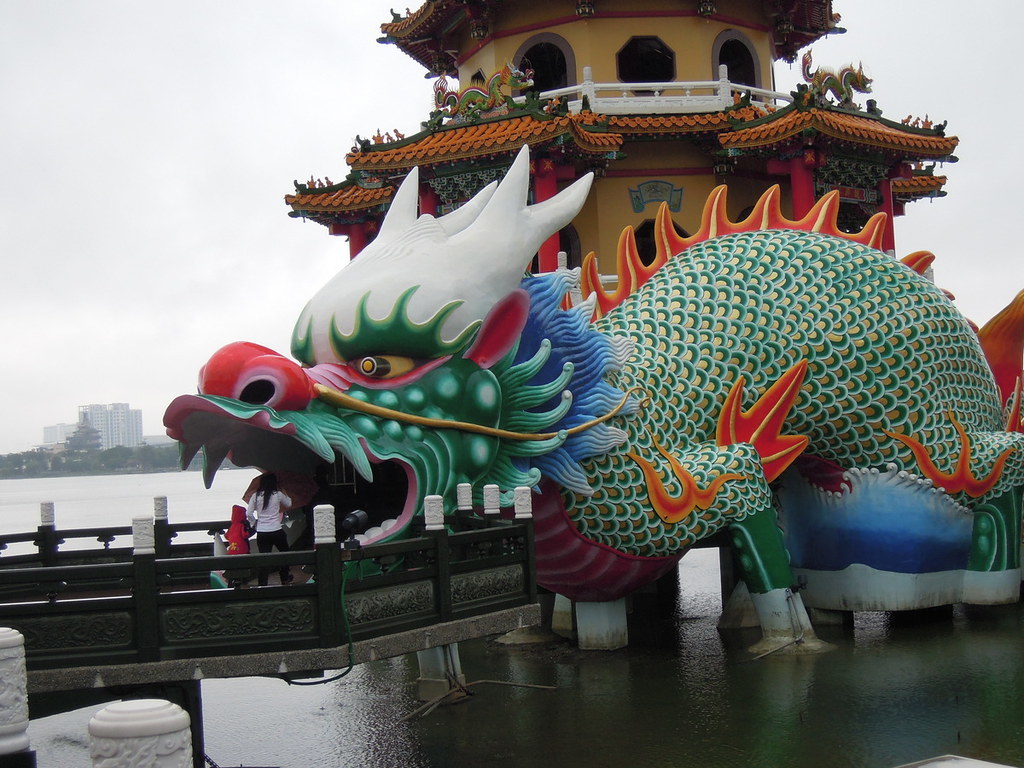 Lotus Pond is one of the beautification efforts of the government of Kaohsiung. It’s a manmade lake between Half Screen and Turtle Mountain. It takes around three hours to walk through all the areas, and that doesn’t include going inside all the temples, pagodas and shrines. At the northernmost point of Lotus Pond is the Confucius Temple, and at its south are the Dragon and Tiger Pagodas. They can be found at around 700 meters (2297 feet) from the south of the pond. You can enter the dragon’s throat at the entrance and the lion’s mouth at the exit as a symbol of entering with bad luck, and exiting with good luck. The pagodas also have paintings of China’s 24 most obedient sons, to inspire good deeds from its citizens.

At the south, there’s also the Spring and Autumn Pavilions dedicated to Kuan Kung, the God of War. It is said that he appeared above the clouds on a dragon, which inspired the building of the pavilions. At the southern part of the pond, you’ll also find the East Gate of Old Zuoying also known as the Feng Shan City Wall, the first fortified city in Taiwan’s Qing Dynasty. Inside is a charming park with willowy trees best seen at night.

5. Be one with the monkeys at Chai Shan 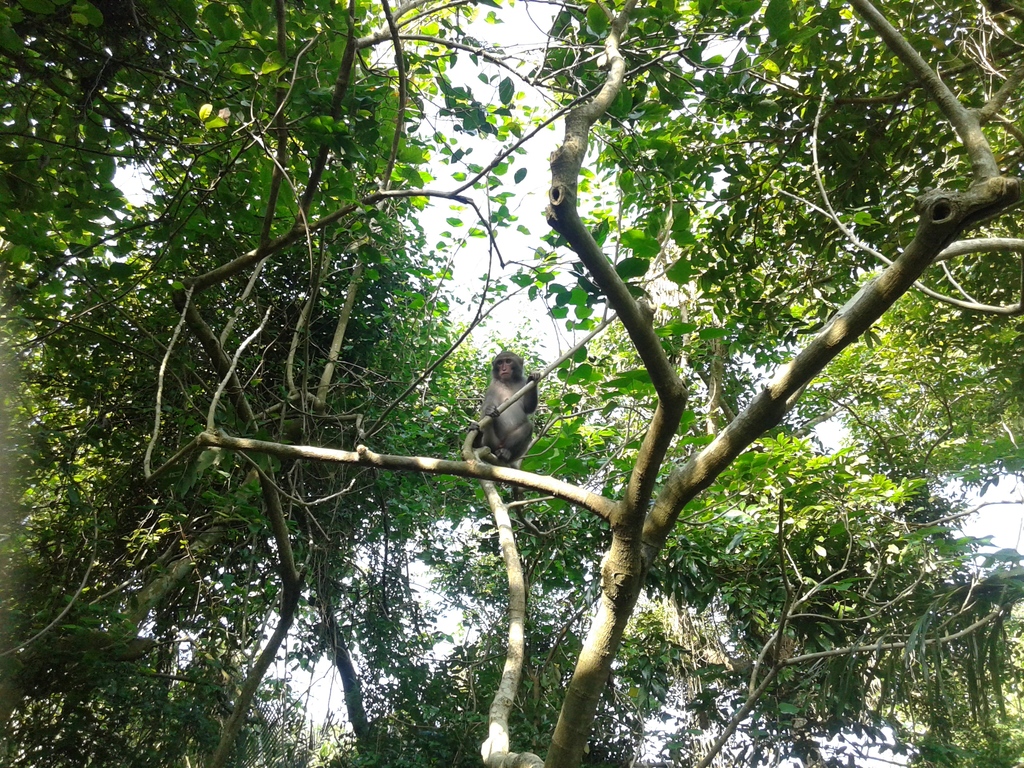 Just beside Shoushan Mountain is another mountain called Chaishan, or Monkey Mountain. Chaishan has trails for both beginners and experts. For the beginners, there is a trail with a wooden deck and stairs so you can easily make your way around. You’ll most likely find a macaque (the only species of monkey native to Taiwan) or two on the trail, asking for food, or just being curious. You can also go to Monkey View Pavilion, Monkey Rock, and Mountain Cave for a sighting.

Chaishan and its sibling, Shoushan, are busiest in the mornings, with residents also getting an early lead to the day by hiking or exercising before heading to work. A different set of hikers and sightseers will also stay in Chaishan at night for the sunset and the view of the city.

More than a fishing village

Kaohsiung has moved far away from its early origins of being a simple fishing village, called Takao. It is now a huge metropolis with lots of economic activity for its people. However, look past the livelihoods of this seaside city, and you’ll find lots of gems that are unique from the capital city, Taipei. Kaohsiung still has a small trace of its fishing village origins, though. From the tight-knit communities of its side street night markets to the many mountain villagers you’ll pass by on your trails, it is here where its identity as a “second city” shines most.

Explore Kaohsiung
Good things are meant to be shared!