From Antiquity To Modern Wonder: 10 Best Things To Do In Lyon, France - Updated 2021

Situated on the banks of the Rhône and Saône rivers, Lyon was once the bustling epicenter of politics and culture in Roman Gaul, complete with temples, amphitheaters, and important legislative chambers. Later it was transformed into the silk manufacturing capital of France, generating both wealth and prestige. Nowadays highly-regarded for its beautiful outdoor spaces, medieval ruins, and world-renowned cuisine, Lyon is known as France’s second city. Read on to discover 10 of the best things to do in Lyon while you’re vacationing. The historic Place des Terreaux, once the site of public beheadings, is now a wide outdoor square where business people, shoppers, and tourists convene for a breath of fresh air. Crafted by the famous French sculptor who created the Statue of Liberty, the 19th-century Bartholdi fountain is the main focal point of the square, depicting France’s emblematic female figure Marianne. It is also bordered by Hôtel de Ville and the highly cherished Musée des Beaux Arts.

2. Get lost in the beauty of wandering Readily offering up some of France’s most photo-worthy sites and scenes, the streets of Lyon may as well just be one big exquisite art gallery for the careful perusal of citizens and travelers. In a glorious homage to Lyon’s vibrant cultural and artistic heritage, the city is adorned with some 60 murals, such as the Mur des Canuts, a welcomed optical illusion depicting the daily lives of silk workers and townspeople. Also popular among the city’s murals is the Fresque des Lyonnais, which represents notable Lyonnais personalities with magical realism. A natural progression from what started out as a curious traveler’s aimless meanderings can easily turn into something more deliberate and profound. Covered underground passages called traboules are unique to the city and once provided Lyon’s silk weavers with ground access to the river and back. Running beneath shops and private residences, these sheltered pathways were instrumental in protecting merchandise from the elements during transport. Why not set out on an afternoon adventure of your own? Although Paris has a Notre Dame of its own, Lyon’s leading lady is no less stunning. Originally constructed as an early Christian church during the Middle Ages, the reigning beauty is perched atop what has come to be known as the praying hill, thanks to the throngs of devotees who flocked there to ask for religious tolerance, protection from illness, and divine salvation. In addition to exploring the prayer chapel and crypt, visitors can also expect to delight in the basilica’s sacred treasury of gold works and donated artifacts. The observatory offers a sublime panoramic view of the city, and the visit ends with a graceful descent upon the Gardens of the Rosary.

5. Find your focus at the Institut Lumière Lyon’s Institut Lumière celebrates the fascinating life and work of French brothers Auguste and Louis Lumière: the Lyon natives credited with the creation of the world’s first film camera in 1892. At once a museum and cultural center, Institut Lumière is housed in the childhood home of the talented duo and showcases some of their most notable inventions, including the ground-breaking Cinematograph, which served as the prototype for our collective understanding of modern film. Picnics, cycling, boating - there always seems to be a myriad of things going on at Lyon’s Parc de la Tête d’Or. Once the site of an urban exhibition center, this magnificent outdoor public space encompasses more than 260 acres (105 hectares) of land, which include a bountiful lake, charming zoo, sprawling rose gardens, and public greenhouses. Also, as local legend would have it, the park may be the site of a hidden underground treasure made of gold. At its western and northernmost perimeters it stretches as far as the banks of the Rhone River. The Musée Gallo-Romain is hands down the most important center for unpacking Lyon’s Roman history. Situated on Fourvière hill, the site is home to several incredible roman ruins, restored through careful preservation efforts by a team of dedicated researchers. The grand amphitheater is an imposing edifice of 108 meters (354 feet) in diameter with room enough for a staggering 10,000 spectators. Meanwhile L’Odéon is a smaller, first century music theater featuring the exalted colorings of precious rocks from Africa and Asia. Roman bath-houses and temples can also be found on-site.

Housed in a superb 17th-century edifice, the Musée des Beaux Arts reveals the pride and joy of French art, as well as exquisite exhibits from all over the world. Signature pieces include Egyptian mummies and coffins, Italian paintings, Roman tapestries, Grecian sculptures, pottery works, and masterpieces by famed French artists like Claude Monet, Auguste Rodin, and Paul Gauguin. While collections may seem a bit spontaneous at times, visitors won’t be disappointed by the chance to whet their palates with a delicious smorgasbord of these wonderful artistic samplings.

9. Deep reflection at the Centre of Resistance and Deportation History

Located at the former seat of the Gestapo in Lyon, the Centre d’Histoire de la Résistance et de la Déportation provides a sobering look at the city’s complicated history. The museum has been dedicated to the memory of the many political detainees jailed within the confines of its darkened cellars. During the second world war, Lyon came to be known as a distinctive stronghold of opposition against the impending juggernaut of the Nazi regime. The museum judiciously recounts that narrative, reminding visitors that there is still much to smile about in this magnificent French City. Calling all aspiring fashionistas and style trend setters. It turns out Lyon is a clothing aficionado’s paradise. The Textile Museum is dedicated to both the historical and cultural significance of clothing. Vintage selections include 4,000-year-old Egyptian tunics, iconic dresses of the Marie Antoinette era, and rare ancient garb of all sorts. Meanwhile, La Maison des Canuts offers a free, informative tour detailing the history of Lyon’s lucrative silk industry. Handmade silk scarves, ties, and handkerchiefs available for purchase in the gift shop give new meaning to the old adage dress to impress.

Boasting an impressive reserve of UNESCO World Heritage sites, Lyon, France has a lot of great activities and things to do. However, mural surfing, museum visits, and ancient ruins are just a small part of the beauty that makes the city so great. Lyon also happens to be the birthplace of French gastronomy, a badge of honor it wears with pride. With all that it has to offer, what’s not to love? 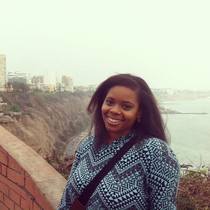