Lyon is the third largest city in France; its architecture has been largely influenced by the Roman era and the Renaissance period. This is why many buildings in Lyon have several characteristics from Italian architecture. The Vieux-Lyon district is a colourful area, very similar to several Italian cities. The Vieux-Lyon district, Fourvière Hill, Presqu’île district and the Croix-Rousse slopes caused Lyon to be listed as a Unesco World Heritage Site. I have to suggest a number of budget-friendly things to do in Lyon for a weekend. Lyon is very famous for its murals, there is even a French word — trompe-l’œil — to describe these paintings. Trompe-l’œil literally means “deceive the eye”, as it is a technique of painting using a realistic image to create an optical illusion. There are numerous murals in Lyon and it can be very difficult to see that it’s fake. You can try to find this amazing art while visiting the city, but here is a little guide help of the addresses of the most famous artworks: L’epicerie is a restaurant/pub offering toast (tartines) of any kind, both savoury and sweet. Tartines can be cold or hot depending on the garnish: fresh goat-cheese, salmon, hot mozzarella and pesto, a lot of choices! Prices for tartines ranges from 4.50 EUR to 8 EUR (4.90 to 8.70 USD). There are also salads and a huge number of homemade desserts such as pies, cheesecakes, crumbles, and even tartines with nutella, speculoos cream and more! The special “thing” about this restaurant is that it looks like an old grocery from the 1950’s. You’ll see old boxes, advertisements and furniture, which give it a vintage atmosphere; it is a great place to spend time with friends! The Museum of Cinema and Miniature Replica, was created by the miniaturist artist Dan Ohlmann. The museum has two collections: the first one is a film exhibition with real cinematic sets, such as the set of Perfume, the story of a murderer, directed by Tom Tykwer. Over 300 original artefacts and fictional characters are featured. You’ll see characters from Alien to an ewok from Star Wars! Cinema lovers will be pleased.

The second exhibition of miniatures with over 100 miniature scenes crafted by professionals and Dan Ohlmann himself. Miniature sets feature daily-life scenes such as a metro station, a restaurant, an apartment and numerous accessories such as those in the above photo. This is very impressive and you can tell that each scene was very difficult to craft. An adult ticket costs 9 EUR (9.80 USD), and there are discount prices for students and children.

Charming appartment in the heart of the city

After the museum, stroll around the Vieux-Lyon district (free) As the Musée Miniature et Cinéma is located in the Vieux- Lyon district, you can’t miss visiting it. Vieux-Lyon is one of the most famous districts in the city; its architecture is a mix of the Medieval and Renaissance periods. Vieux- Lyon is divided into three parts: Saint-Georges to the south, Saint-Jean in the centre and Saint-Paul in the North.

In St. Georges you can visit the church of the same name and the Guignol house. La Maison de Guignol is a theatre that presents puppet shows for children, and at night, it is also open as a dinner theatre. Guignol is the name of the name of the main puppet character in the show, which was created in Lyon in 1808.

St. Jean is the most dynamic part of the district; you can find many restaurants and the architecture is beautiful. Among the buildings, you can discover the Cathedral St. Jean, “la Maison des Avocats” (House of Lawyers), which hosts the Musée Miniature et Cinéma. One of the architectural curiosities is the traboule, which is a pedestrian crossing going through an inner courtyard and which allows you to go from a street to another. They are from the Renaissance period. Lyon has about 500 traboules.

Finally, in St. Paul, you can visit the church (entrance is free) of the same name and find numerous traboules. Vieux-Lyon is mainly a pedestrian district; it is then very nice to have a stroll in, going through traboules, shops and so on. The Basilica Notre Dame de Fourviere is a symbol for the city that is located at the top of a hill it dominates the whole city. In the 16th century, the top of the hill that the Basilica Notre Dame de Fourviere is located on became a pilgrimage site during a massive plague outbreak. At that time, there was only a chapel at the top of the hill, but now, Basilica Notre Dame de Fourviere is built on this famous religious location. Visiting the basilica is free; it is opened from 7 a.m to 7 p.m. You can take the metro C and stop at the station Fourvière or you can reach the top on foot. There is a nice pathway to take from Saint-Jean that takes you up through la Montée des Chazeaux and la Montée Saint-Barthélémy, which leads to a beautiful garden called Jardin du Rosaire. At the end of the garden, you will have finally reached the basilica. After spending the morning walking to Fourvière, you may be hungry. Konditori is the place to go if you want quick healthy lunches, at an affordable price with good quality products. Konditori uses seasonal products; for example, in winter you can enjoy a hot creamy soup. You can takeaway food or eat lunch at the restaurant. Konditori is open for lunch every day of the week and for brunch on the weekend. It is not open for dinner.

You have several choices for lunch. First, you could order a lunch box for takeaway, which might include a wrap and a creamy soup for 9.90 EUR (10.75 USD). There are three options for daily specials, and these change frequently. Options usually include pie, a filling salad or a classic cooked meal. The piece of quiche and a dessert costs 11.50 EUR (12.50 USD), and the salad or the meal plus the daily dessert is 14.50 EUR (15.75 USD). A brunch includes different options such as pancakes, waffles, a savoury egg dish, classic pastries and more. The daily specials are updated on their Facebook page.

Afternoon: Visit a museum or relax in the Parc de la Tête d’Or (9 USD or free) For your last afternoon, there are several choices. It all depends on whether you prefer visiting a museum or if the weather is nice, you can visit the biggest park of the city, Parc de la Tête d’Or (or Park of the Golden Head in English).

According to your cultural tastes, I suggest two choices of museums. The first option is Musée des Beaux-Arts, which is great if you prefer to see classic paintings and sculptures from the Middle Ages to the Renaissance period (8 EUR for the collection, 8.47 USD).

The second choice, Centre d’Histoire de la Résistance et de la Deportation, is your best option to learn about the French resistance during World War II. This is a museum for History enthusiasts (6 EUR, 6.35 USD). For most museums there are reductions for students, seniors, etc., so do not forget to bring your ID card.

If the weather is not too bad, you should visit the Parc de la Tête d’Or, which is a mix of urban park and zoo, and is one of the biggest in France. In the park, there is a huge lake, where you can even rent a small boat. There are animals such as tigers, monkeys, deer and giraffes. You’ll also find a rose garden, a botanical garden and greenhouses. The advantage of this green area is that you can exercise or just chill in a quiet area. It does not seem you are in the middle of a city when you are in this park. And best of all, entrance is free!

Change your vision of France and come to Lyon!

Lyon is often in the shadow of Paris; however, recently, the city has attracted many tourists, especially for its food and its proximity to the Beaujolais area, which is famous for its vineyards.

So, if you want to go off the beaten track, I recommend Lyon! This city can compete with Paris’ architecture, and is much more affordable than the capital. There is even the possibility of visiting the city on foot, as it is not too big. We cannot forget to mention the food, as Lyon can be called “world capital of gastronomy”. See you soon in Lyon! 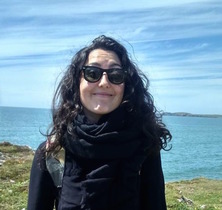 Hello, my name is Julia and I am a 21 year-old French student. I am in my first year of master in modern languages in which I learn English and Italian. I am currently living in Turin, Italy for an...Read more
Want to contribute as a Local Expert?
Register Here
Hotels
Lowest Price Guarantee