Things to do History & Culture Other Activities Japan > gifu > shirakawago

Check Out The Ancient Village Of Shirakawa In Gifu

The Historic Villages of Shirakawa-go and Gokayama are the scene for the popular anime Higurashi no Naku Goro ni (English: “When They Cry”), and the location has also been chosen as a UNESCO World Heritage Site. Visitors enjoy recognizing the town from the anime and learning about the history. If you’re lucky, maybe you’ll even see a blue-haired young girl like the cool heroine Rika Furude from “When They Cry”! The main boom resulting from the anime’s popularity has subsided, but fans can still be found visiting the Hagimachi area of town. It’s famous for the steeply pitched, straw thatched roofs. In 1995, it was named a UNESCO Cultural World Heritage Site.

Shirakawa-go is located in the Shogawa River Basin of Gifu Prefecture, and is famous for its houses built with the gassho-zukuri technique (explained later in this article). The steep roofs of these houses create the famous Japanese-looking scenery that the area is known for. The viewing area at Shirayama at the Hagimachi Castle Ruins that looks out over the area was the model for the observatory in “When They Cry”. The valley spreads out before your eyes, full of rice paddies and houses.

Pictures showcasing Shirakawa-go are often taken from this observation point, a great place to see the Historic Villages with fresh leaves in spring, red foliage in autumn, and deep snow in winter. In January and February the gassho-zukuri houses light up, creating a magical scene in the snow covered village.

The observation point can be reached by car, but the road is narrow, making it difficult to pass by oncoming cars in some places. It’s much easier to use the shuttle, which leaves from Kyu-ogimachi Parking Lot in front of the Ogimachi Tourism Center (200JPY one way). The free parking area at the observation point can accommodate up to 10 cars. There’s also a restaurant where you can enjoy local tofu and dishes with local mountain vegetables.

The observation deck is actually owned by the restaurant, but they open it to tourists for free. Taking a 20 minute walk down from the Ogimachi-Jyoshi viewing platform, you will arrive at the gassho-zukuri houses of the Hagimachi district.

The Hagimachi district is home many famous structures, including the Doburoku Matsuri Festival Hall, the Kanda House, The Historic Villages of Shirakawa-go The Wada House (designated as an Important Cultural Properties of Japan), Myozenji Temple Museum, The Nagase House, Binen-yumeromu Museum, the Outdoor Gassho Folk Museum, and Okuzaimon (a house from the Taisho era).

Many of the houses are actually private homes, and in some of them, guests can spend the night and listen to the owners play shamisen. Have dinner around the warm hearth and relax in an all natural hot spring bath.

The Wada House — Made by Gassho-zukuri Techniques As I was taking pictures of a gassho-zukuri house, I heard the voice of a middle aged man. It turns out that he was the owner, and he was asking me if I wanted to see the inside.

I didn’t get it at first, but people actually live inside these houses. That’s when I realized that I had been nonchalantly taking pictures of people’s private homes. Entering the house, I found a the female owner of the house behind a reception desk.

The houses of Ogimachi Village were built around the end of the Edo period (1603-1868) and the start of the Meiji period (1868-1912). The simple, triangular shaped roofs were created using only two materials. The resulting shape, called gassho in Japanese, means praying hands. It was common for multiple generations of the same family to live in the same house.

The houses use no nails in their construction and are held together by wedges and wood from a variety of small trees, called neso. Each year, major maintenance is necessary to keep the house in good shape.

A Village of Thoughtful People Over 1800 gassho-zukuri houses exist in Shirakawa-go, Gifu Prefecture and Gokasan, Toyama Prefecture. However, many are demolished each year as people don’t want to live in houses with high maintenance costs that lack modern conveniences. There have even been cases of these houses being destroyed in fires or submerged by dammed water.

Everyone in the village came together in order to preserve the buildings. As a result of these efforts, the buildings were specially designated as a “Group of Traditional Buildings”. They were also recognized as a World Heritage Site.

Wanting to know more about the house I was photographing, I approached the lady at the reception.

(Translated from Japanese): “These gassho-zukuri houses are big and obviously dark at night. Do you ever worry about ghosts?” I asked.

The woman smiled and replied, “I haven’t seen one myself, but I think someone saw one a long time ago. Not a ghost really.. but it’s said that if have a snake living in your attic, and it turns out to be white, you’ll have good fortune.”

I gave a smile and a bow, and left the house.

Shirakawa-go is a village of only 2,000 people, but since becoming a World Heritage Site, the number of tourists has increased rapidly. According to the Shirakawa-go town hall, in 2013 1,230,000 people visited, and 70,000 people stayed overnight.

Most visitors use good manners, but there have been cases of people opening the doors to people’s houses, taking pictures, and parking their cars illegally out front.

The observation point is free thanks to the owners of the restaurant. I like to think that acts of kindness like this and the warm hearts of the people in town are likely part of the reason for Shirakawa-go becoming a World Heritage Site.

Life in a Quiet Village Last, I’ll introduce you to the place I was most excited to visit – Shirakawa Hachiman Shrine, located in the southern part of Ogimachi Town. Each autumn in Shirakawa-go, Doburoku Festival is held at various shrines in the area. Doburoku is a word meaning unrefined sake.

During this festival, people pray and do a dance called shishimai (using a lion costume) to the gods of the mountain for safety for the town, crop fertility, and peace and prosperity. This dance, full of Shirakawa-go history and culture, takes place at the Shirakawa Hachiman Shrine.

There’s also a hiking trail starting at the shrine and extending to Kaerikumo-yama Mountain, a place with legendary buried treasure, and Sarugababa-yama Mountain, one of Japan’s most famous 300 mountains.

At the shrine itself you’ll find lots of ema, plaques with drawings of prayers and wishes of visitors (pictured above).

I even found my favorite character Rika Furude drawn on one!

(Translated from Japanese) “I’m so glad I finally got to come to Shirakawa-go!” “I’d love to live in a peaceful town like this…” “I hope I get to come back again”

You’ll want to keep coming back, too. 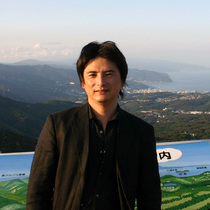 Explore shirakawago
Good things are meant to be shared!