Sitting on the border of the United States and Canada is one of the most iconic and beautiful natural wonders in North America - Niagara Falls. Found specifically between Ontario, Canada and New York, United States, Niagara Falls is a majestic natural formation made of three smaller falls. American Falls and Bridal Veil Falls are both located within the territory of the United States while the Horseshoe Falls, the biggest of the three, is on the border of the two countries. Not only has it become a huge tourist attraction with millions visiting it yearly but it has also powered much of the region for several generations. After taking a tour of this majestic site, why not take advantage of its location between two countries and check out other interesting areas nearby as well? To help you out, here’s a list of the top day trips from Niagara Falls in the United States.

On the other side of Lake Ontario just up north of Niagara Falls, you will find the most populous city in Canada, Toronto, the capital of Ontario state. Toronto is proud to be a diverse city with multi-cultural roots seen all over the city. Tourism here is vast and the city receives millions of tourists every year. Some of their most popular sites include CN Tower, which was once one of the tallest buildings in the world and is an iconic symbol of Canada. From the viewing deck at the top, you can see as far as Niagara Falls, which is only a few hours away. Toronto is a great place to stay if you want to see both Niagara Falls and the best of Canadian culture. Head to the east of Niagara Falls and you will stumble upon the city of Syracuse in New York. It’s quite a large city as well but still has that neighborhood vibe to it. It’s only around two hours away by car from Niagara Falls and it’s a great place to check out if you’re in the area. Syracuse is home to Erie Canal Museum, Carrier Dome, Destiny USA, several galleries and various parks. For quite some time the city of Syracuse has always been a crossroad for many travelers, so it should definitely be one of your stopovers coming from Niagara Falls. About an hour and a half away from Niagara Falls, Rochester is another nearby city worth checking out if you’re in the area. Situated near Lake Ontario, it’s the third most populous city in New York and is home to a number of cultural institutions. Some of these include the George Eastman Museum, Rochester Memorial Art Gallery, Eastman Theater, and Strong National Museum of Play. Nightlife is also very rampant in Rochester, with the East End district being the hub of nightlife in the city. So if you still have enough energy after touring Niagara Falls, it is best to check out what fun Rochester has to offer.

⭐Walking distance to the Falls! If you’re too overwhelmed with the majesty of Niagara Falls, a little drive down south to Letchworth State Park in New York could be a great alternative. After all, you can’t have too many visits to state parks! Letchworth State Park, in particular, is great for hikers and adventurers who want to get lost in nature. You can also go whitewater rafting or kayaking for a bit more thrill. An iconic way to see the area though is from the air through a hot air balloon. This way you’ll be able to see not only Letchworth but possibly as far out as Niagara Falls - best of both worlds! Admission to the state park is about 8 USD per vehicle so it is best to keep that in mind. Head up north from Niagara Falls in a two-hour drive to Niagara-on-the-Lake, a unique town in Ontario, Canada. This quaint town sits at the mouth where Niagara Falls meets Lake Ontario, so its location is pretty special. The town itself is historic, having seen many battles and invasions during its early days. If you take a stroll through the neighborhood, you’ll be in awe of the colonial-style buildings that have been preserved for a modern purpose. Because of its vicinity to Niagara Falls, this is one of the best locations for accommodation if you want to explore the surrounding area. Another great neighborhood worth checking out nearby is Ellicottville in New York. It’s a perfect place to relax and escape from the bustling city life. Ellicottville is a small town so there aren’t many crowds to deal with but there are a great number of restaurants, bars and shops for you to enjoy. What makes this town quite popular though is its reputation as a ski resort. There are two ski slopes in the area and it’s a great place to kick off your snowboarding and skiing adventures. It’s only roughly an hour and a half to get here from Niagara Falls and there are even three different routes you can take to visit the town. Source: Photo by user IvoShandor used under CC BY 2.5

After seeing the strikingly vast Niagara Falls, take a trip down south to Pennsylvania in Allegheny National Forest for a change of scenery. It’s one of the most important forests in Pennsylvania and has been preserved for several years. It’s also been very important to the state’s oil and gas industry. You can do a number of fun nature-filled activities here like hiking, camping, swimming and fishing, perfect for the whole family. Because this forest is vast, there are several entry points if you’re coming from Niagara Falls up north. Source: Photo by user Municipal Affairs... used under CC BY 2.0

Mississauga is a suburban district in Toronto. Like Toronto, it has beautiful views of Lake Ontario, just on the other side of Niagara Falls. It’s quite a busy city with Toronto Pearson International Airport, Canada’s busiest airport, located here, along with a number of corporations and companies. If you’re planning to visit Niagara Falls, you should consider finding an accommodation at Mississauga because you surely won’t run out of things to do afterward. You can check out their vast art scene or go on a food trip with the diverse cuisines located in the city. Drive east of Niagara Falls and you will eventually stumble on a quirky place called Finger Lakes. Located in New York, this group comprising of 11 narrow lakes is a must-visit if you’re in the area. Resulting from a natural glacial phenomenon, Finger Lakes is side-by-side from east to west so you can check them out one by one if you have the time. If you’re coming from Niagara Falls, you will most likely pass by the city of Rochester, another great place to check out. Source: Photo by user Mathew Campbell used under CC BY 2.5

No, we haven’t teleported to Europe. London is a Canadian city west of Niagara Falls in the state of Ontario. It actually sits by the Thames River, which is also not to be confused with its European counterpart. The reason behind these names can be attributed to the first European settlers in the area who wanted the city to be the capital of Canada back then. Today, it has bloomed into an advanced city with medicine, education, and technology at its very center. London also has its fair share of arts and culture, which makes it worth the two-hour drive from Niagara Falls. You can check out some of the accommodations here as well if you’ll be visiting Niagara Falls and other nearby attractions.

Admire the sights and attractions around Niagara Falls Niagara Falls is an incredible sight to see. The marvelous falls should be enough to satisfy your bucket list but why stop there? With its unique location between two countries, you’ll have a lot more places to check out nearby. From bustling cities to tranquil forests, there’s something for all kinds of travelers to discover. 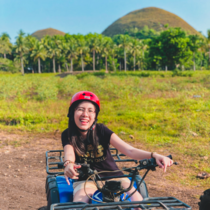 Explore Niagara Falls
Looking for accommodation?
Good things are meant to be shared!