9 Amazing Monasteries To Visit In Russia

Most of the spectacular sights in the country of Russia are known for its orthodox monasteries, convents, beautiful buildings, and many more amazing architectures. These ancient buildings and monuments played a crucial role in forming the history of the country. Most of the first monasteries were discovered in the 11th century in Russia. These monasteries used to serve as the defensive structure and places for learning new things. Almost all the large cities in Russia have prominent monasteries that are visited by many people throughout the year. So, if you are planning a trip to this country, check out our list of the amazing monasteries to visit in Russia. The Trinity Lavra of St. Sergius is considered to be one of the most important monasteries in Russia. It is also known to be a famous spiritual center for all the Russians. The history of this monastery is quite unusual as it was founded by the Russian Saints, Sergius of Radonezh, in the year 1337. They constructed a wooden church on the Makovets Hill, dedicating it to the Holy Trinity. The history of this monastery rolls back to the 14th century when the monastery was initially founded. Then, in the 15th century, the first stone cathedral was constructed by the Serbia monks. In the 16th Century, the construction of the six-pillared Assumption Cathedral was completed, which consumed about 26 years. If you want to learn more about this monastery, then you must visit soon. Danilov Monastery is also one of the most prominent walled monasteries in Russia that is situated on the banks of the River Moskva, Moscow. It was founded in the year 1983 and has operated as the main headquarters of the Russian Orthodox Church. This monastery is popularly known to be the residence of the Patriarch of Moscow and all the Rus’ officially. The monastery was founded by Daniel Nevsky, who was the son of Alexander Nevsky. There are many things for you to learn about the Russians and how this monastery has contributed to their history. Crane Monastery is also known for the bells that were donated to the Harvard University after it was closed during the 1929 and 1930 period. The largest bell weighs about 13 tons and also has a clapper that weighs about 700 pounds. Novodevichy Convent is one of the famous cloisters of Moscow and it is known for its excellent infrastructure. It is also known as Bogoroditse-Smolensky Monastery by the Russians. The name was derived from the Old Maidens’ Monastery in the Moscow Kremlin. Recognized as one of the prominent UNESCO World Heritage Sites, this monastery has remained virtually intact for more than four centuries now. The history of the Convent Monastery is quite interesting to explore. It was founded in the year 1524 by Vasili III, who was the Grand Prince of Moscow. The monastery was made as a symbol of the dedication of his conquest of Smolensk in the year 1514. The construction started on the banks of the River Moskva and was granted about 3,000 rubles by the Grand Prince himself. You can also visit to check out this World Heritage Site and explore its beauty. The Resurrection Monastery is another prominent monastery in Russia and it is also served as a significant monastery for the Russian Orthodox Church in the Moscow Oblast. The town of Istra exists in Russia because of this monastery that rose to the eponymous village during the early years. The Resurrection Monastery is also known as the New Jerusalem Monastery. It was founded by Patriarch Nikon in the year 1656 and was considered to be his residence in Moscow. The buildings that were renovated included the Katholikon, the 17th-century bell tower, the stone wall, and the Church of the Holy Trinity. You can visit this monastery to explore its beauty and check out the current infrastructure of the place. Kirillo-Belozersky Monastery is known to be one of the largest and strongest monasteries as well as a fortress in the Northern region of Russia. This monastery was dedicated to the Feast of the Dormition of the Theotokos. Because of this cause, it is also regarded as the Dormition Monastery of St. Cyril. Kirillov town was located near this monastery by the 20th century. It was founded by St. Cyril of Kirill of Beloozero in the year 1397 on the banks of the Lake Siverskoye. First, the wooden Dormition Chapel was built, followed by the loghouse that was made for other monks. The major attractions of the place are the vast walled area that has two priories separated from each other with about 11 churches. You can also walk into these iconic churches and explore the beauty of the infrastructure. Valaam Monastery is also known to be one of the most stauropegic orthodox monasteries in the history of Russia. It is located on the largest island of Russia and the banks of the largest lake in the European Continent, that is, Lake Ladoga. Although it was not yet identified when the monastery was founded officially, it is stated that it came into existence in the 16th century. Sergius of Valaam, who was a Greek monk, said that it was founded in the 10th century. The best part of visiting this place is you can get to hear their unique tradition and passion for singing the Valaam Chant. It combines the features of the Byzantine and the Znamenny Chants. So, when are you planning to visit this monastery? Solovetksy Monastery is also one of the fortified monasteries that is situated on the Solovetsky Islands in the northern part of Russia. This monastery was also known to be one of the largest citadels of Christianity until it was converted into a prison and a labor camp during the period of 1926 to 1939. The monastery came into existence in the year 1436 and was founded by the monk, Zosima. The co-founders of this monastery were the monks Herman and Savvatiy, who lived on this island from 1429 to 1436. You can visit this place to see the massive wall that is about 11m (36 feet) high and has 7 gates and about 8 towers. These walls were built from 1584 through 1594 by Trifon, who was a famous architect during that time. Sretensky Monastery is one of the famous orthodox monasteries of Moscow. It was founded in the year 1397 by Grand Prince Vasili. The streets in this region, such as the Sretenka Street, are named after the name of this monastery. Whenever you are visiting Moscow, you will come across the street names that start with Sretensky. This monastery was constructed on the location where the Muscovites and the Prince met with the icon of Our Lady of Vladimir. On August 26th, 1395, when the Prince moved to Moscow from Vladimir for protecting the capital from the Tamerlane invasion, the armies retreated to this grateful place, founding the monastery to celebrate the miracle. Established in the year 1370, Simonov Monastery is also one of the famous attractions of Russia. The monastery is dedicated to the nephew and disciple of St. Sergius of Radonezh. The monastery has a vast history and it is famous for various reasons amongst the Russians and the rest of the people across the world. The monastery was once demolished in the year 1923 by the Bolshevik. Soon after the demolition of the monastery, most of the buildings were also demolished to make a passage for the automobile plant. There are about three major towers and a few structures that are surviving right now that were built during the 17th century. You can visit Osip Startsev’s refectory and the monastery towers that are quite famous across the world for their beauty and architecture. When you are planning a trip to Russia, you must know that there are many historical places and monasteries that you can visit to upgrade your knowledge of history. So, it’s important for you to keep in mind that you capture the beautiful moments that you are experiencing and take note of the places where you have visited so that you can share your knowledge with others too. Enjoy your trip and make it historic. 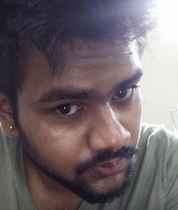